Abiy would rather spit on his Nobel Peace Medal, fling it to the ground, and trample it underfoot in a public square, than risk the possible breakup of Ethiopia.

• A civil war is raging in the Tigray semi-autonomous region, and by all accounts, this won't end well for the Ethiopians.

•  Already, refugees in their tens of thousands are fleeing to Sudan and other neighbouring states. 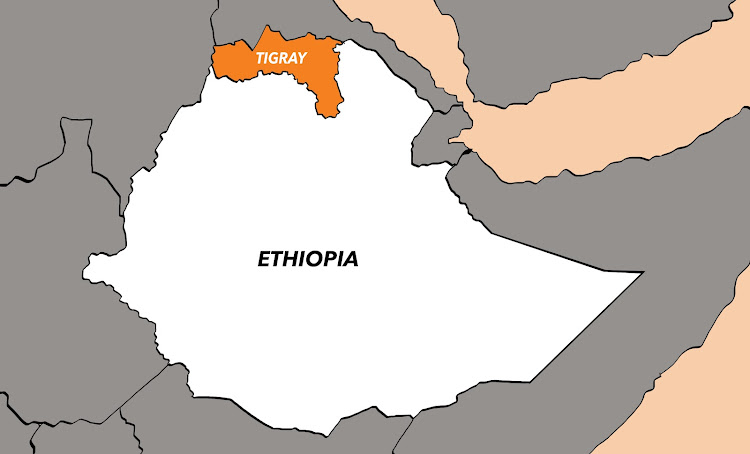 Ethiopia: This is what secession looks like
Image: OZONE

It is impossible to consider current events in Ethiopia without feeling a deep sense of despair.

This is, after all, a country with a rapidly growing economy that had attracted investors from all around the world. It was often spoken of as Kenya’s only serious rival in the race to create a “manufacturing hub” in Eastern Africa.

Now a civil war is raging in the Tigray semi-autonomous region, and by all accounts, this won't end well for the Ethiopians.

Already, refugees in their tens of thousands are fleeing to Sudan and other neighbouring states.

An odd thing about the coverage of this tragic story in the international press is that there is constant reference to Prime Minister Abiy Ahmed, having received the Nobel Prize for Peace in 2019. There is a suggestion that this should have in some way prevented him from sending the Ethiopian army to subdue the Tigray rebels.

My opinion is that PM Abiy would rather spit on his Nobel Peace Medal, fling it to the ground, and trample it underfoot in a public square, than risk the possible breakup of Ethiopia.

All this should serve as a reminder to Kenyans that we are lucky to be a country whose ruling elite, as retired President Mwai Kibaki once noted, is inclined towards making the difficult compromises necessary for peaceful coexistence.

In 2017, for example, our country faced an existential crisis.

Raila then refused to participate in the repeat election, since it was to be managed by the very people he believed had “stolen his votes” — a thing he alleged had already happened twice before (2007 and 2013) and which had at last been made evident in the judgement of the Supreme Court.

And so Uhuru won that second presidential vote more or less unopposed; was sworn in for a final term as president — and then, lo and behold, Raila himself was also “sworn in” come January, as “the People’s President”, in broad daylight, at Uhuru Park.

Around this time, there also appeared an online petition initiated by influential opposition strategists, seeking signatures for a project of secession that aimed at breaking away a large chunk of Kenya, which would then go to form “The People’s Republic of Kenya”.

This was a deeply malicious scheme, intended to play on the greatest fears of Uhuru’s Central Kenya political bedrock.

The proposed cleavage between the two Kenyas, if effected, would have led to the remnant ‘Republic of Kenya’ being a landlocked nation consisting mostly of Uhuru’s Jubilee Party strongholds: The Rift Valley, Central Kenya, and Northeastern.

The long-term demographic implications of this aimed-for secession, was that it would have led to a remnant Republic of Kenya that would be initially dominated by the Kikuyu community; but which was guaranteed in just two generations or so to be a Muslim majority country dominated by the Somali community.

There was absolutely no question that President Kenyatta would stand idly by and watch the breakup of Kenya into two rival states, especially considering such long-term demographic implications. So, to talk of secession in the ultra-heated political atmosphere of January 2018, when Kenya had “two presidents” was to talk of civil war.

But we did not go to war.

Instead, on March 18, Uhuru and Raila, whom the media had long characterised as “irreconcilable political enemies” summoned TV cameras of the media to Harambee House, shook hands while smiling broadly and set us on the path now structured as the Building Bridges Initiative.

You have to wonder why such a thing was not possible in Ethiopia. For right now, there is little hope for a peaceful settlement to the Ethiopian crisis.

The guns have spoken.

And peace will only be restored after there is a clear winner in the vicious civil war currently underway.

Ethiopian lawmakers endorsed a six-month state of emergency in Tigray.
News
1 year ago

Nobel winner Abiy must do more for peace

Recognised for his decisive initiative to resolve border conflict with neighbouring Eritrea.
Opinion
2 years ago

In only a week Tigray and federal government worked their way up from local clashes to air strikes.
Opinion
1 year ago
by WYCLIFFE MUGA Commentator on Topical Issues
Opinion
19 November 2020 - 05:00