Link between BBI and economic growth

If there is a widespread perception of insecurity, no amount of improved infrastructure will do us much good

• Infrastructure may matter greatly for any form of economic development to take root and grow. But sustained peace and stability are even more fundamental. 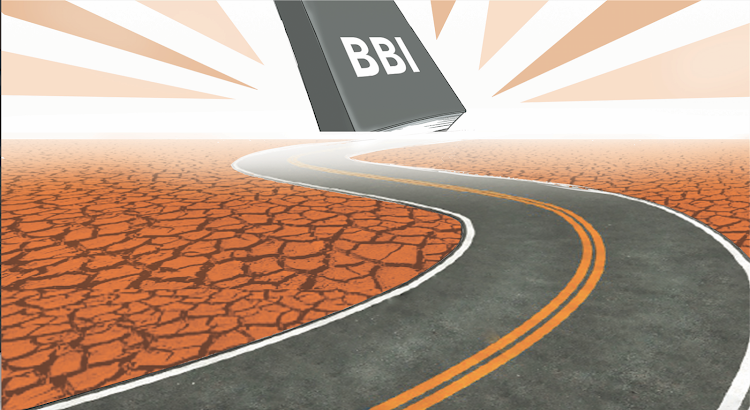 It must be over 10 years ago that I had an interesting conversation with an MP from Northern Kenya.

He was very keen to tell me of a project that virtually all the leaders from that region had agreed on as their single greatest priority – a fully tarmacked trunk road that would link Northern Kenya to the rest of the country.

This was during President Mwai Kibaki’s tenure when, thanks to greatly enhanced tax collections and various improvements in Kenya’s macroeconomic status, the government had embarked on the massive infrastructure upgrade projects that continue to this day.

However Northern Kenya has always had a problem of what we may call, “insufficient voting strength”. You do not find presidential candidates and their strategists having sleepless nights over how Northeastern will vote.

The region has long been a marginalised and neglected zone. Hence the focused passion of the leaders in that region to having that trunk road built to facilitate the economic development of that vast (and mostly semi-arid) region.

Not long after my conversation with the MP, the Kenya Defence Forces launched “Operation Linda Nchi”, which was essentially an invasion of sovereign Somali territory.

And in due course, the Somalia-based al Shabaab militant group, which had promised Kenya a horrifying retaliatory response to this invasion, began its campaign of terror in Kenya.

While what most of us still recall is such major attacks as that on Westgate Shopping Mall (2013); the Mpeketoni attack (2014); or the massacre of students at Garissa University (2015), in between there were many less spectacular attacks that effectively made Northern Kenya a no-go area for anyone not indigenous to those parts.

Among the worst effects of these unceasing attacks on transport convoys and school compounds was the mass exit of schoolteachers from that region, condemning an entire generation of schoolchildren to whatever minimal instruction they could get from local volunteers.

The road networks of Northern Kenya have since been greatly improved, including the specific trunk road that the MP placed so much faith in.

But you will not see any rush by investors to put their money into Northern Kenya no matter how alluring the investment opportunities of that region may prove to be.

Unless and until peace is restored to that region by a comprehensive defeat of the al Shabaab militants, no amount of new and improved infrastructure will be of much use.

The lesson here then is that infrastructure may matter greatly for any form of economic development to take root and grow. But sustained peace and stability are even more fundamental.

And this provides a useful perspective for considering what is arguably the principal pillar of the Building Bridges Initiative report, which is now being readied for a referendum planned for early next year.

This pillar is that of ending the election-related violence that has plagued Kenya for several election cycles, going back all the way to 1992.

What led to Kenyan presidential elections being seen globally as a permanent scar on the country’s political life, however, was the unprecedented massacres in the Rift Valley, in 2008.

We have never recovered from that blow to our previous reputation as “a haven of peace and stability”. We are instead seen as a nation that suicidally walks right up to the edge of the cliff with every presidential election.

This has had major economic repercussions — possibly even worse than our well-earned reputation for corruption.

The people and institutions that have the financial resources required to make transformational investments in a country like ours, do not take the short-term view. They wonder what a country will look like 20 or even 30 years from now.

And any investor planning to come to Kenya with some massive new project does not want to have to worry about his new factory or service centre going up in flames if there should be yet another disputed presidential election.

This then is the central economic consideration for the whole of Kenya, as for Northern Kenya: If there is a widespread perception of insecurity, no amount of improved infrastructure will do us much good.