What is China up to? Attacks from abroad and dissatisfaction within Hong Kong

• China could argue that Hong Kong has not implemented Article 23 and thus the burden must fall on it.

• In fact discussions between Hong Kong and China have failed to produce agreement, and the Article has not been implemented. On the other hand, no threats to China has come from foreigners in Hong Kong or even from outside-- quite the reverse. 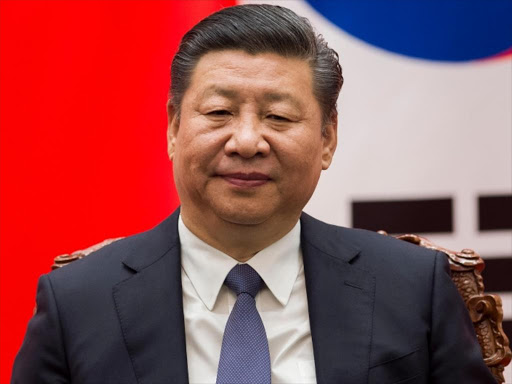 The decision of China (rather of  President Xi) to enact a law which will intrude on Hong Kong’s constitutional authority to legislate the prohibition of any act of treason, secession, sedition, subversion against the Central Government, has caused great controversy—not only in Hong Kong but in many parts of the world.

Britain which transferred its sovereignty to China over  Hong Kong, more accurately returned it, kept the authority for fifty years to ensure that China stuck to their agreement to ensure Hong Kong’s authority, has criticised China’s plans over Hong Kong now—as it has done on others occasions, without more—a failure really of its obligation to Hong Kong’s citizens. This time the criticism against China (or more accurately Xi) has come from several other states and international organizations. Experience shows that China ignores them and nothing happens. The people of China are unable to do anything about it. It seems that nothing will come out it--again.

My purpose is to examine the constitutional basis of Article 23 of Hong Kong’s Constitution to assess the validity of the Chinese proposal. The matter has been very controversial—and huge excellent books and articles on the subject have been written (often under the auspices of HKU which has some excellent scholars, and where I served many years). One Country Two Systems was my favourite topic. Article 23 emphasises that Hong Kong shall “enact on its own” to prohibit any “act of treason, secession, sedition, subversion against the Central People’s Government”. Hong Kong is also responsible for prohibiting foreign political organisations from conducting political activities in Hong Kong.

So what is China up to? China could argue that Hong Kong has not implemented Article 23 and thus the burden must fall on it. In fact discussions between Hong Kong and China have failed to produce agreement, and the Article has not been implemented. On the other hand, no threats to China has come from foreigners in Hong Kong or even from outside-- quite the reverse. On Hong Kong’s side, it has not proceeded with legislation because it does not trust China’s motives.  There is wide apprehension that such legislation would be used to punish the people of Hong Kong, rather than foreigners. Rather like China has tortured its own citizens under the guise of fighting foreigners’ negative motives. Hong Kong scholars ask, “Does China’s national security endanger Hong Kong’s Rule of Law?”

One might say that China’s constant attacks recently (under the guise of Hong Kong’s armed police) on Hong Kong people fighting for the constitutional rights of the citizens of Hong Kong is enough to justify the hesitance to enact Article 23. Certainly the Hong Kong government cannot be relied on to protect the rights of its citizens when the offender is China. It always takes its instructions from China. So the people and their leaders have to rely upon themselves. And unfortunately pay a very high price for it—as it too obvious from the brutality of the police—something that would have never happened in the many years I lived in Hong Kong. Looking from abroad, I get the impression of a tyrannical government, under China’s control, out to destroy the key objective of One Country Two Systems.

Even if China passes the law, under Article 18 of the BL Chinese Law cannot be applied in Hong Kong but for a handful of instances not covered here. But Xi is not bothered. There are serious examples of the breach of One Country Two Systems by his government and indeed the Hong Kong government which he controls—again against the One Country Two Systems. A recent example is the arrest of by Hong Kong government no doubt under instructions of China, of 15 of Hong Kong’s most eminent and vocal and democratic people.

Three of them I worked with—and could even (and proudly) call them friends. One is Jimmy Lai, age 71, founder of the Chinese language Apple Daily. Another is the 72 year old former legislator and barrister, Margaret Ng at 72. Finally, my age-mate mentor, Martin Lee, founder of the Democratic Party and a lawyer. All of them have the most distinguished record for democracy and fairness—and courage. It is inconceivable that an Hong Kong institution would touch these icons—except at the orders of Xi. He not interested in democracy and seems set to destroy it in Hong Kong. These arrests are clear violations of the whole principle of the Basic Law. Where is the freedom of speech? Where is the Hong Kong’s autonomy? Where are the people of Hong Kong ruling Hong Kong?

Hong Kong Constitution is being undermined; judiciary does not seem to have the same authority as it did before. Was the Hong Kong legislature or indeed its people consulted on it? Xi seems determined to divide the people of Hong Kong—with, I fear some success.

Elsewhere, the Chinese President has received criticisms—often from heads of governments, international organizations, and unusually, from civil societies.  Chinese reputation abroad as a major, serious and effective state globally has already been undermined. Relations with several countries have been damaged. China is rapidly losing its status as a leading state.

Where are we now

When I was in China, China respected Hong Kong’s autonomy. It is obvious, with the accession of Xi, that he has decided to render Hong Kong a fully integral part of China. He has constantly violated the whole scheme of One Country Two Systems. Observing from his adventures in Africa, it is clear that he would like to take over us too. African presidents are now quite worried about the extensive presence of China in its economy—and increasingly Chinese control of it.

It is interesting thought that African presidents are afraid to take him own—even collectively. Not surprisingly, that while an increasing number of heads of governments and international organizations have questioned the motives of the Chinese President, African Presidents have remained studiously silent. They are intimidated, as I hope the politicians and people of Hong Kong will not be, whatever his tactics. His status , as of China, are diminishing. Deng Xiaoping would greatly disprove of the attitude of Xi as he had hopes of an open economy in Hong Kong, not interference from the mainland.