Why animal holidays are significant

•Many would be pleasantly surprised to know that one of the largest mammals, humpback whales, travel annually in their thousands from Antarctic to Kenya. 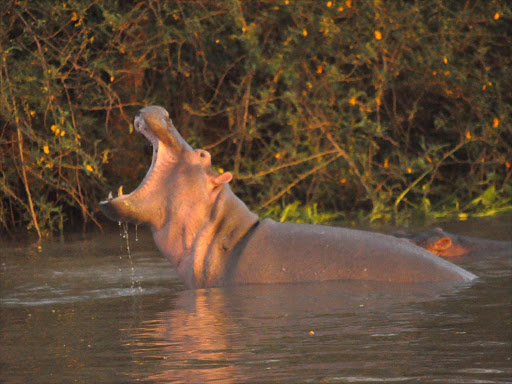 There are various Animal Holidays throughout the year to honor the many different animals on earth.

Today being a National Holiday for three mammals, we shall explore all the three from a Kenya Conservationistperspective.

Many would be pleasantly surprised to know that one of the largest mammals, humpback whales, travel annually in their thousands from Antarctic to Kenya. These ocean giantsmigrate to the tropical waters of East Africato breed and birth. Their migratory season is between July and August which coincides with the same time of the annual wildebeest migration in the Mara. The whales can be viewed in Watamu, Kilifi County.

Watamu has now become more popular with whale watchers and tourists. It is reported that the years 2013 and 2017 were exceptional years for sightings with a great number of whales but the numbers have been declining through the years. The same is associated to a change of the water temperatures suspected to be triggered by climate change. A lot of research on the migratory patterns of the humpback to the Kenyan waters is still being conducted with the locals actively involved.

The Hippo is not a strange animal to many Kenyans. There are in abundance in many of the lakes, rivers and conservancies in Kenya from Lake Nakuru and Naivasha at the Rift Valley, The Mara River and Lake Victoria.

Even as hippos are sight to behold, with their stocky bodies and peculiar features, it is of essence to know that hippos are dangerous animals. As docile as it can be mistaken to be, the hippopotamus is the world’s deadliest large land mammal killing hundreds of people annually in Africa. Yes indeed, hippos are dangerous creatures and can be aggressive, they shall not hesitate to attack when they feel threatened. In 2018, a tourist was mauled by a hippo in Lake Naivasha as he drew too close whilst snapping pictures of the mammals. There have been numerous reported human fatalitiescaused by hippo attacks.

As expected, human activities remain the biggest threat to the hippo.lllegal hunting of hippo for their meat, shrinking of their habitat and increased hippo-human conflict have accelerated hippo population decline.

With the hippo being classified as vulnerable, there is still need for creation of more protected spaces like conservancies and deliberate engagement with communities living near or next to hippo habitats as conservation is indeed a way of life. Destruction of hippo habitat, illegal huntingand encroachment of wetlands are some of the human activities that directly impact on hippo population.

Little known Pangolin is a wild mammal, a shy scaly ant eater. Kenya is home to three species of the African pangolin. The giant ground pangolin is found in West Mara Plateau while the African white bellied species inhabits the lowland rainforest areas.

The Pangolin is most known for curling itself up into a ball with its overlapping scales acting like armor when threatened.

How unfortunate that the same scales are used by humans for allegedly spiritual rituals and supposedly medicinal value. Apparently, in Asia the scales are used for stimulating lactation and treating a number of ailments from asthma, stomach upset and even cancer. The pangolins are also considered a delicacy and it is for this reasons that pangolins are the most trafficked animals in the world with Kenya on the list of hotspots for illegal trade of these critically endangered mammals.

The major threats to wildlife include; habitat destruction and degradation, poaching, climate change and pollution. In summary, human activities are the leading threats of conservation.

As we honor the three mammals today, let us observe the acts and omissions that would undermine efforts towards wildlife conservation. Let us endeavor to be advocates of conservation, for as Theodero Roosevelt stated, “The wildlife and its habitat cannot speak, so we must and we will.”

The author is an Advocate of the High Court, Principal Partner at Juliet Nyangai& Company Advocates and a nature lover. She is passionate about Conservation and Animal Welfare.