Sister Bliss said he died "peacefully in his sleep" in his south-London home on Friday night. 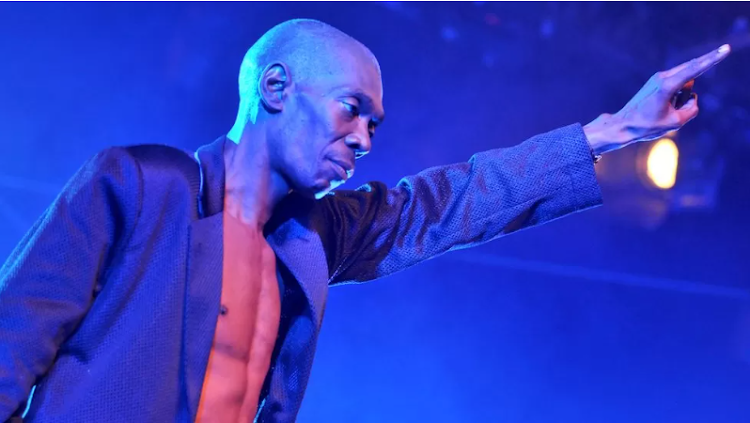 The musician and DJ, whose real name was Maxwell Fraser, was a core member of the group alongside Rollo and Sister Bliss.

Sister Bliss said he died "peacefully in his sleep" in his south-London home on Friday night.

"Sending love to all of you who shared our musical journey. Look after each other y'hear," she said on Twitter.

Reggae band UB40, who toured with Jazz in 2017, paid tribute to the singer with a reference to the Insomnia single: "A lovely guy, again who has gone too soon, but finally Maxi you can get some sleep."

A statement shared on Jazz's Instagram and signed by his former bandmates said: "He was a man who changed our lives in so many ways. He gave proper meaning and message to our music.

"He was also a lovely human being with time for everyone and a wisdom that was both profound and accessible. It was an honour and, of course, a true pleasure to work with him.

"He was a brilliant lyricist, a DJ, a Buddhist, a magnificent stage presence, car lover, endless talker, beautiful person, moral compass and genius."

Faithless formed in 1995 and were pioneers of stadium dance music. They were nominated for Best UK Dance Act at the Brit Awards in 1999 and 2002.

The band split in 2011 but returned to release a new studio album almost a decade later, during the Covid pandemic. However, they weren't joined by Jazz, who had formed another band, Maxi Jazz and the E-Type Boys.

The guitar band marked a new sound for Jazz, who began writing the material in 2013, during Faithless's hiatus.

On their website, the band described their sound as incorporating "melodic funk and blues mixed with reggae beats, dub baselines [and] Jamaican melodies".

Jazz was a huge fan of Crystal Palace FC, becoming an associate director of the football club in 2012.

The premier league club said the "legendary musician" was a regular at Selhurst Park, and the team would walk out to Faithless on Boxing Day in tribute to the late singer.

It was later adapted, and adopted, by football club fans - among them 30-year-old teacher Fernando Romero.
Sports
1 month ago

Rotimi said he is learning Kiswahili because of Vanessa
Sasa
1 month ago
Post a comment
WATCH: The latest news from around the World
by BBC NEWS None
World
24 December 2022 - 21:10
Read The E-Paper