The measure has parallels in only a handful of countries worldwide.

• Opinion polls point to roughly half of voters in this overwhelmingly Catholic country being in favour of allowing medically assisted suicide, which the Church strongly opposes.

• But the call by the centre-right Social Democratic Party (PSD) to suspend the legislative process and hold a referendum was rejected, paving the way for Friday's final reading. 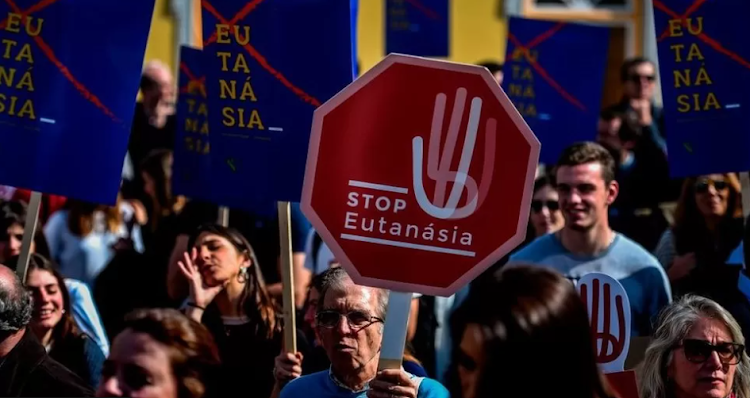 Portugal's parliament is expected to approve legislation on Friday that will allow medically assisted suicide in certain limited circumstances.

It will be permitted for adults only if the wish is "current and reiterated, serious, free and informed".

The person must be "in a situation of great intensity suffering, with definitive injury of extreme gravity or serious and incurable disease".

The measure has parallels in only a handful of countries worldwide.

The final version was approved in committee on Wednesday, following a fraught week that saw proceedings delayed after the Socialist politician steering the bill provided changes to members just hours before they were due to vote.

There was then a last-ditch call by the main opposition for a referendum on the issue.

Opinion polls point to roughly half of voters in this overwhelmingly Catholic country being in favour of allowing medically assisted suicide, which the Church strongly opposes.

But the call by the centre-right Social Democratic Party (PSD) to suspend the legislative process and hold a referendum was rejected, paving the way for Friday's final reading.

Proposals to allow medically assisted suicide were first approved in 2020, prompting international headlines about how Portugal was set to become only Europe's fourth country to allow euthanasia, as it is commonly known.

However, Portugal's conservative President, Marcelo Rebelo de Sousa, queried the legality of parts of the legislation, sending it to the Constitutional Court. It upheld some of his concerns regarding imprecise language, but not others.

The same parliament then reshaped the bill to meet the objections. But after it was sent to the president in November last year to be enacted, he again blocked it, this time not involving the court but exercising his "political veto" on the grounds that clauses describing terminal conditions were contradictory and needed clarification. The process was held up further when the president also vetoed an amended bill and then dissolved parliament and called an early general election. It meant that the legislative process for euthanasia would have to start again from scratch, but the election also handed the Socialist Prime Minister, António Costa, a majority for the first time.

With the new government strongly supportive of the principle of medically assisted suicide, work soon began on a new bill, very similar to the last - although requirements were added for a minimum period of two months from when a request is made and a psychological assessment of the person making it.

Since many opposition members also back the reform, it is likely to pass easily. In theory, since this is a new bill, the president could again wield his veto, but that is seen as unlikely.

Under English law euthanasia is illegal and is considered manslaughter or murder.

The matter will be mentioned on November 3 for pre-trials.
News
3 months ago

3-year-old Madeleine disappeared during a family holiday in Praia da Luz in 2007.
News
9 months ago
Post a comment
WATCH: The latest news from around the World
by BBC NEWS None
World
09 December 2022 - 07:30
Read The E-Paper