The cleaners were working at Twitter last week until they were told their jobs were under threat.

• Since Mr Musk acquired the company, Mr Alvarado says he was escorted by private security while cleaning parts of the office.

• He also says he was told by someone from Mr Musk's team that his job would be obsolete soon anyway because robots would eventually replace human cleaners. 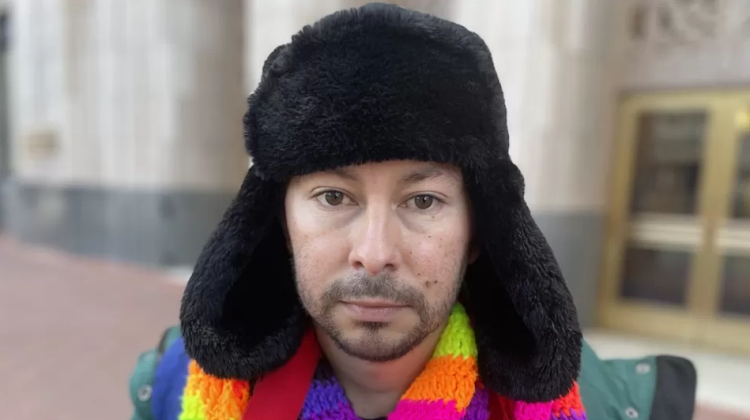 Cleaners at Twitter's headquarters in San Francisco have told the BBC they were sacked without severance pay.

One of them told the BBC a member of Elon Musk's team had said their jobs would be replaced by robots.

"Elon Musk has had a long history of flouting labour laws," Mr Chiu told the BBC.

"While I'm not surprised this happened, I feel for these workers. We will be looking into this further." 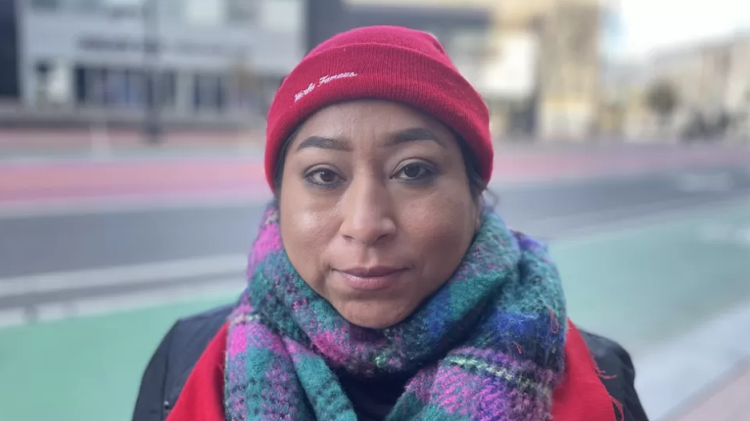 The BBC spoke to four cleaners who say they were fired from Twitter on Monday - their interviews were conducted in Spanish.

Adrianna Villarreal, who worked for Twitter for four years, said she's now worried she won't have enough money to feed her family over Christmas.

"It's a sad and frustrating thing for our families and children," she said.

The cleaners were working at Twitter last week until they were told their jobs were under threat.

Olga Miranda, president of the cleaners' union, said they organised a strike on Monday to protest. The cleaners were then told they had been laid off effective immediately, she says.

"They did this three weeks before Christmas," she said. "I think we were fired because we're a union." 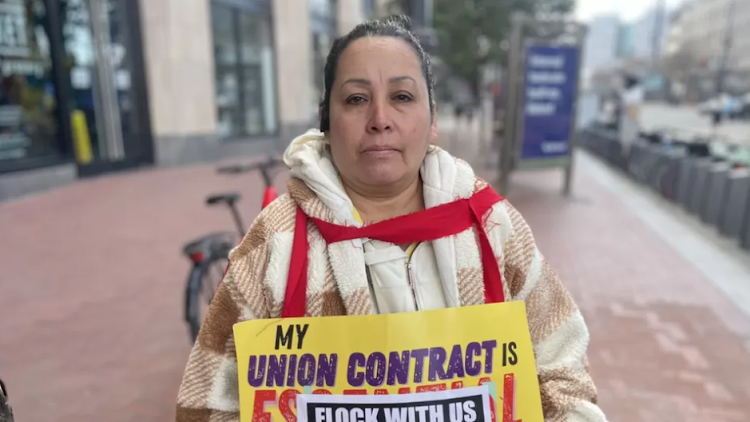 Julio Alvarado has been a cleaner for 10 years at Twitter. He says the environment was always friendly during his time with the company.

But he says things changed when Mr Musk took over Twitter in October.

"People worked without worries," he told the BBC. "Now we are afraid."

Since Mr Musk acquired the company, Mr Alvarado says he was escorted by private security while cleaning parts of the office.

He also says he was told by someone from Mr Musk's team that his job would be obsolete soon anyway because robots would eventually replace human cleaners.

Without his job, Mr Alvarado says he's worried about paying his bills. He also says he's supporting his family back in Mexico.

"I can only tell you, I don't have money to pay the rent," he says. "I'm not going to have medical insurance. I don't know what I'm going to do."

Juana Laura Chavero Ramirez said she had worked for five years at Twitter. A diabetic, she's concerned she won't be able to get her medication.

"It's just horrible," she said. "We're not only losing our job, we're losing our income."

Adrianna Villarreal, who's worked at Twitter since 2018, said she was worried she would not be able to afford Christmas gifts for her children.

"We are supposed to have Christmas presents for our children," she said, "a plate of food on our table and overnight we don't have anything."

The cleaners say they don't know what to do - as there are few available cleaning vacancies in San Francisco at the moment.

A small group of cleaners have protested outside San Francisco's Twitter headquarters since Monday.

"In the short term, I'd like to see him [Elon Musk] treat his janitors like human beings," said Mr Wiener, "and get them back working - not just throw them out right before Christmas."

Working long hours not what it seems

Twitter locks staff out of offices until next week

workers were told that the offices would reopen on Monday 21 November.
News
2 months ago

"Those who do not sign up by Thursday will be given three months' severance pay, Mr Musk said.
News
2 months ago
Post a comment
WATCH: The latest news from around the World
by BBC NEWS None
World
09 December 2022 - 08:20
Read The E-Paper