Fires occur frequently in China because of lax safety standards. 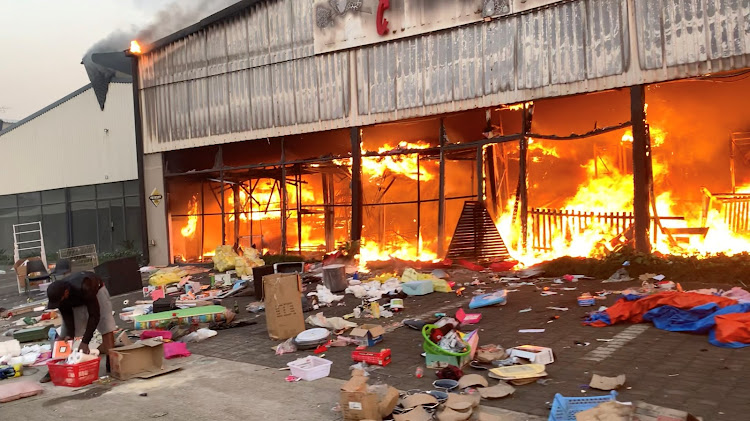 Ten people have died in a fire in flats in the city of Urumqi, capital of the western Xinjiang region.

The incident has led to anger online. The city has been under strict Covid restrictions since early August.

State media said the compound had been categorised as low risk for Covid and residents were able to go downstairs.

But a resident told the BBC people were only allowed to leave their homes for short periods each day and the timing was tightly controlled by authorities.

A further nine people were injured in the blaze, state media reported.

The fire broke out on the 15th floor of the building at about 19:50 local time (11:50 GMT) on Thursday and spread to higher floors before being extinguished nearly three hours later.

Topics relating to the fire had been viewed more than 800m times by Friday afternoon, with internet users demanding to know whether residents had been able to exit the building.

"Please have a thorough investigation into whether the fire exit is clear. The price is just way too heavy. Every tragedy is worse than Omicron itself," one user commented on the Weibo microblogging platform.

One man in a residential compound near where the fire happened told the BBC that even in low-risk compounds in Urumqi, residents still had to follow directions from local officials about when they could leave their apartments for a short period of exercise each day.

He said he had been following a stay-at-home order since 7 August.

"We Xinjiang people don't dare to go downstairs without permits as it will violate the law even if the building gate is not locked" he said.

"After the accident yesterday, we are now wondering whether we should still follow the official's notice in the WeChat group," he added.

Fires occur frequently in China because of lax safety standards.

Earlier this week, 38 people were killed at a factory in central Anyang city. Authorities blamed "electric welding in which workers violated safety measures".

The person also set what appeared to be car tyres on fire, and could be heard chanting slogans into a loudhailer.
News
1 month ago

Taiwan has accused China of using these drills as practice for an invasion of the island.
News
4 months ago
Post a comment
WATCH: The latest news from around the World
by BBC NEWS None
World
25 November 2022 - 13:31
Read The E-Paper