•Mr Chilima, who has not commented on the allegations, is due in court. 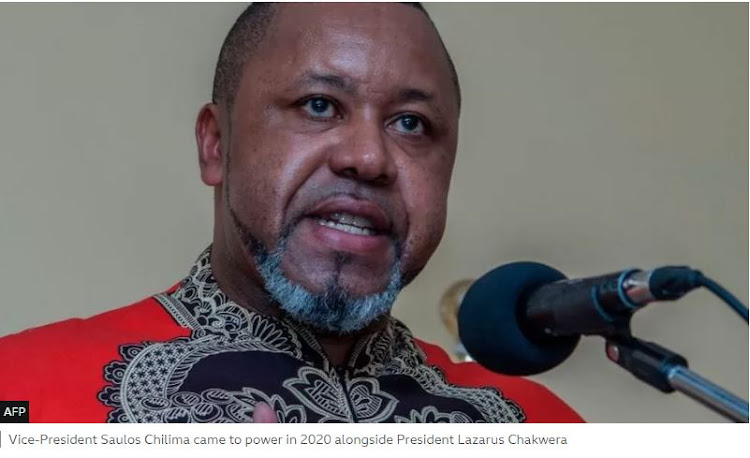 Malawi's Vice-President Saulos Chilima has been arrested on allegations that he accepted money in exchange for awarding government contracts, the country's anti-corruption agency says.

Mr Chilima, who has not commented on the allegations, is due in court.

He had already been stripped of his powers in June when he was first accused by the Anti-Corruption Bureau.

The British businessman, Zuneth Sattar, is under arrest in the UK where he is accused of using connections with senior Malawi government officials and politicians to fraudulently obtain contracts to supply goods and services.

Mr Sattar has denied all wrongdoing.

Mr Chilima came to power in 2020 as the running mate of President Lazarus Chakwera.

He had previously campaigned on an anti-corruption platform, promising to end decades of sleaze in government and end poverty in one of the worlds most poorest countries.

Post a comment
WATCH: The latest news from around the World
by BBC NEWS None
World
25 November 2022 - 17:07
Read The E-Paper