•Ticketmaster was criticised over its handling of the sales - which saw widespread site crashes in the presale and then cancellation of the main sale. 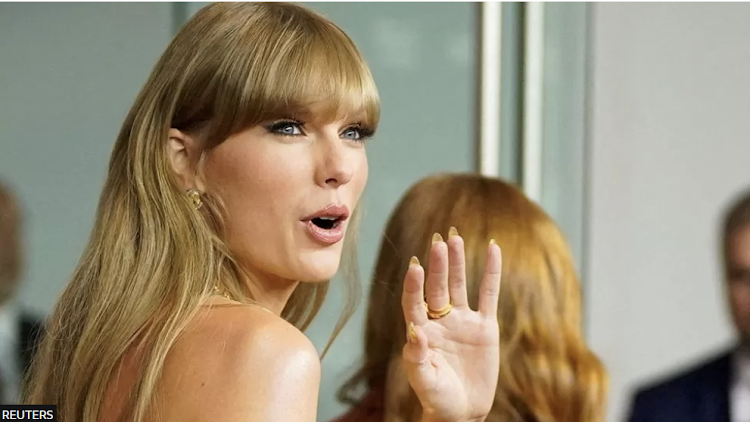 Taylor Swift says it was "excruciating" to watch fans struggle to buy tickets for her upcoming US tour, after sales descended into chaos this week.

Ticketmaster was criticised over its handling of the sales - which saw widespread site crashes in the presale and then cancellation of the main sale.

But responding on Instagram, US pop star Swift said she had been assured that Ticketmaster could handle demand.

"We asked them, multiple times, if they could handle this kind of demand and we were assured they could," she wrote, in her first public statement addressing the fiasco.

In the statement on Instagram, Swift wrote: "Over the years, I've brought so many elements of my career in house. I've done this SPECIFICALLY to improve the quality of my fans' experience by doing it myself with my team who care as much about my fans as I do.

"It's really difficult for me to trust an outside entity with these relationships and loyalties, and excruciating for me to just watch mistakes happen with no recourse."

Swift said it was "truly amazing that 2.4 million people got tickets" but annoyed her that "a lot of them feel like they went through several bear attacks to get them". Many fans in the presale complained the website crashed repeatedly after waiting hours in the queue.

She added she was "trying to figure out how this situation can be improved moving forward".

On Friday evening, Ticketmaster issued a statement to apologise and explain what went wrong.

"First, we want to apologize to Taylor and all of her fans - especially those who had a terrible experience trying to purchase tickets," the statement said.

It said that usually its website is able to handle huge volumes of users: "However, this time the staggering number of bot attacks as well as fans who didn't have codes drove unprecedented traffic on our site, resulting in 3.5 billion total system requests - 4x our previous peak."

"The biggest venues and artists turn to us because we have the leading ticketing technology in the world - that doesn't mean it's perfect, and clearly for The Eras Tour it wasn't."

The problems have refocused the debate in the US on Ticketmaster's dominance, which has long faced complaints that it abuses its power over the industry, with US Democratic Senator Amy Klobuchar announcing there will be a Congressional hearing to investigate the website.

Meanwhile the US Justice Department has opened an investigation into Ticketmaster's parent company, Live Nation Entertainment, according to the BBC's US partner CBS. Two people familiar with the matter confirmed the investigation - originally reported in The New York Times on Friday - but said the inquiry predates this week's chaos.

And last month, US President Joe Biden - who has expressed concern that monopolies have become more common across the economy - said his administration would look into fees on concert tickets.

Ticketmaster is already subject to government monitoring, oversight that was imposed when a 2010 merger with Live Nation - which runs many of the country's event venues and has an artist management business - was approved. The oversight was extended a few years ago after regulators found the firm had violated the terms of the agreement.

Swift's US tour will kick off in March next year in Arizona. She has not yet announced an international tour.

Post a comment
WATCH: The latest news from around the World
by BBC NEWS None
World
19 November 2022 - 10:52
Read The E-Paper