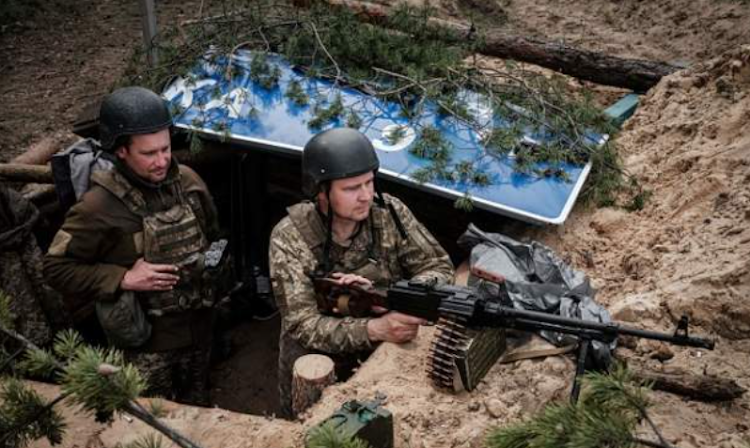 The large Russian grouping in Lyman is "surrounded" and settlements around the town have been recaptured, says Serhiy Cherevatyi, a spokesman for Ukraine's forces in the east.

He told Ukrainian TV "our data shows that about 5,000-5,500 Russian troops were in Lyman”, but he said that number was lower now because of recent "active combat action" in which "many" Russian soldiers were killed or wounded.

He also spoke about the importance of Lyman, which, if conquered by Ukrainian troops, would allow them to advance on Kreminna and Severodonetsk, both of which are key Russian-held strongholds.

"It’s also very important psychologically, because – as President Zelensky said yesterday – Ukraine’s armed forces are beginning to dictate their will – and not just defend."

Yet the military operation "is not over yet," he concluded.

Why Lyman is key target for Ukraine

The city is also a key railway centre, connecting the Donetsk, Luhansk and Kharkiv regions
News
2 months ago

The Russian president will make a major speech at the Kremlin.
News
2 months ago
Post a comment
WATCH: The latest news from around the World
by BBC NEWS None
World
01 October 2022 - 13:50
Read The E-Paper