US will 'never' recognise Russian claims in Ukraine

The US will impose new sanctions on Russia as a result of the annexation.

•He was speaking ahead of a speech on Friday from Vladimir Putin, who is expected to declare that four Ukrainian regions are joining Russia. 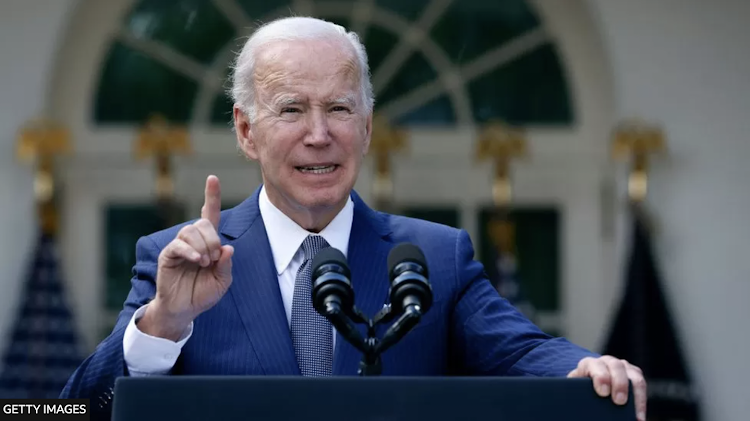 The US will "never, never, never" recognise Russia's attempt to annex territory in Ukraine, President Joe Biden has said.

He was speaking ahead of a speech on Friday from Vladimir Putin, who is expected to declare that four Ukrainian regions are joining Russia.

But Ukraine and the West have dismissed the votes as a sham.

The US will impose new sanctions on Russia as a result of the annexation.

"The United States, I want to be very clear about this, will never, never, never recognise Russia's claims on Ukraine sovereign territory," Mr Biden said.

On Thursday, the Russian president signed two decrees recognising Zaporizhzhia and Kherson as independent territories - paving the way for them to be annexed.

The documents, shared on Russian state media, say the independence of the two regions is being recognised in accordance with international law and "enshrined in the Charter of the United Nations".

However, UN Secretary General António Guterres has said any annexation of a country's territory based on the use of force violates the UN Charter and international law.

It is a "dangerous escalation" that "has no place in the modern world", he said.

In a phone call with Mr Putin, Turkey's President Recep Tayyip Erdogan also expressed his opposition to the plan.

He called on the Russian leader to reduce tension and give peace negotiations with Ukraine another chance, according to a spokesperson.

Turkey, along with the UN, has mediated in negotiations between Russia and Ukraine in the past - with success in reaching a deal to resume exports of grain through the Black Sea. 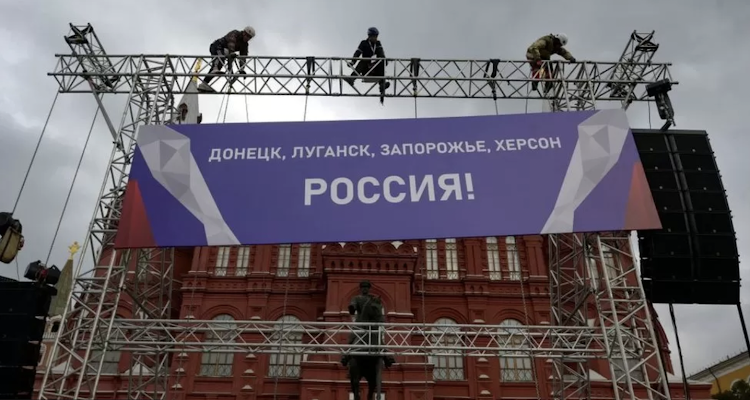 In Moscow on Thursday, preparations for Mr Putin's announcement were well under way. A stage was set up for a concert in Red Square, adorned with billboards proclaiming the four regions as part of Russia.

It is a repeat of Russia's annexation of the southern Crimea Peninsular in 2014, which also followed a discredited referendum.

That annexation has never been recognised by the vast majority of the international community, and nor will this one.

But regardless of what the West says, Russia's two houses of parliament will formally ratify the move next week.

Mr Putin will be hoping that by annexing occupied areas of Ukraine, he will be able to argue that Russian territory is coming under attack from Western weapons, in the hope that some governments may halt their military aid to Kyiv.

But Kyiv has said it will not change anything on the battlefield.

The annexation has come after five days of self-styled referendums across the four regions last week, with little notice.

Russia says the voting was fair and resulted in a complete landslide in favour of joining Russia. But there was no independent monitoring and reports of people being intimidated into voting by armed Russian soldiers were widespread.

"Imagine... there are tanks of the occupying army and in the houses and apartments of people who have not yet left... military men with automatic weapons are putting them to their faces and saying 'vote!'"

Post a comment
WATCH: The latest news from around the World
by BBC NEWS None
World
30 September 2022 - 05:24
Read The E-Paper