Eyewitnesses said Mahsa Amini was beaten while inside a police van.

•Eyewitnesses said Mahsa Amini was beaten while inside a police van when she was picked up in Tehran on Tuesday. 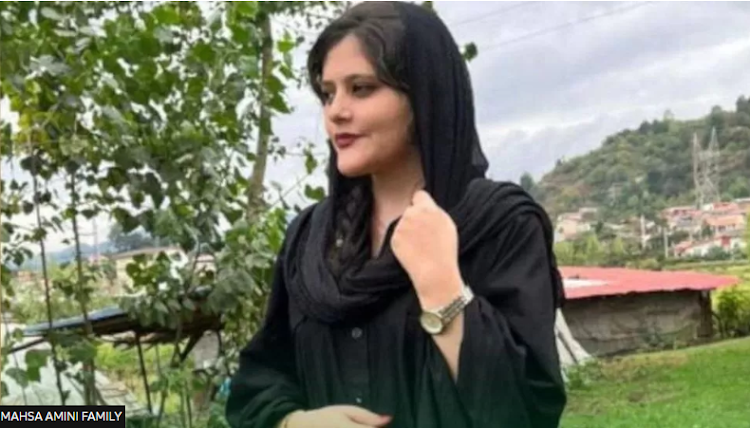 Police denied eyewitness reports that Mahsa Amini had been beaten

A 22-year-old Iranian woman has died days after being arrested by morality police for allegedly not complying with strict rules on head coverings.

Eyewitnesses said Mahsa Amini was beaten while inside a police van when she was picked up in Tehran on Tuesday.

It is the latest in a series of reports of brutality against women by authorities in Iran in recent weeks.

Ms Amini's family say that she was a healthy young woman with no medical conditions that would explain a sudden heart problem.

However, they were informed she had been taken to hospital a few hours after her arrest and the family said she had been in a coma before she died on Friday.

Tehran police said Ms Amini had been arrested for "justification and education" about the hijab, the headscarf which is mandatory for all women to wear.

Her death comes in the wake of growing reports of repressive acts against women, including those judged not to be complying with Islamic dress code being barred from entering government offices and banks.

Many Iranians, including pro-government individuals, are expressing their outrage on social media platforms regarding the very existence of the morality police, also known as Guidance Patrols, and are using hashtags that translate as Murder Patrols.

Videos have emerged on social media appearing to show officers detaining women, dragging them on the ground, and forcefully whisking them away.

Many Iranians blame the Supreme Leader, Ali Khamenei, directly. An old speech of his is being reshared on social media in which he justifies the role of the morality police and insists that under Islamic rule, women must be forced to observe the Islamic dress code.

The latest episode will only deepen the divide between a large part of Iran's young and vibrant society and its radical rulers, a rift that seems ever harder to mend.

Post a comment
WATCH: The latest news from around the World
by BBC NEWS None
World
18 September 2022 - 12:48
Read The E-Paper