Pakistan floods will cost us over $10 billion - Minister

His comment comes as another government minister said that one-third of the South Asian nation has been submerged.

•The flash floods, caused by record monsoon rains, have killed at least 1,136 people and affected more than 33 million, over 15% of the country's population. 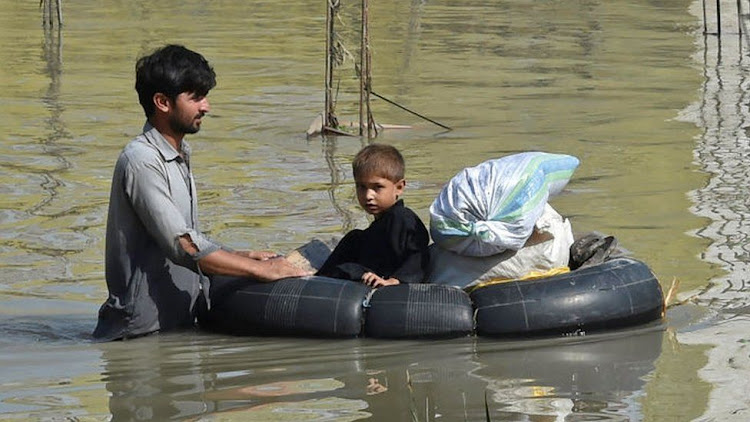 His comment comes as another government minister said that one-third of the South Asian nation has been submerged.

That money is aimed to help the cash-strapped economy avoid defaulting on its debts.

The flash floods, caused by record monsoon rains, have killed at least 1,136 people and affected more than 33 million, over 15% of the country's population.

The torrential rains have also washed away roads, crops, homes, bridges and other infrastructure.

"I think it is going to be huge. So far, [a] very early, preliminary estimate is that it is big, it is higher than $10 billion," Pakistan's planning minister Ahsan Iqbal told the Reuters news agency.

Mr Iqbal said the country would face serious food shortages in the coming weeks and months and believed that the floods were worse than those that hit Pakistan in 2010, the deadliest in the country's history which left more than 2,000 people dead.

He also called on richer countries to help Pakistan financially as he said it was a victim of climate change, which had been caused by the "irresponsible development of the developed world".

On Monday, the country's climate change minister Sherry Rehman described the situation as a "climate-induced humanitarian disaster of epic proportions."

"Literally, one-third of Pakistan is underwater right now, which has exceeded every boundary, every norm we've seen in the past," Ms Rehman told the AFP news agency.

Even before the floods Pakistan was suffering from an economic crisis and had been negotiating with the IMF over a bailout.

Official figures released in recent weeks showed that the country had only enough foreign currencies in reserve for about a month of imports as its economy struggles with an annual inflation rate of almost 25%.

In a statement on the $1.1bn bailout, IMF deputy managing director Antoinette Sayeh said: "Pakistan's economy has been buffeted by adverse external conditions, due to spillovers from the war in Ukraine, and domestic challenges, including from accommodative policies that resulted in uneven and unbalanced growth."

The floods were not mentioned in the statement.

The world has already warmed by about 1.2C since the industrial era began and temperatures will keep rising unless governments around the world make steep cuts to emissions.