The move would make the plant more vulnerable

•Ukrainian workers operate the plant, which has been under Russian control since March.

•It was one of the first sites seized by Russian troops following the invasion of Ukraine on 24 February. 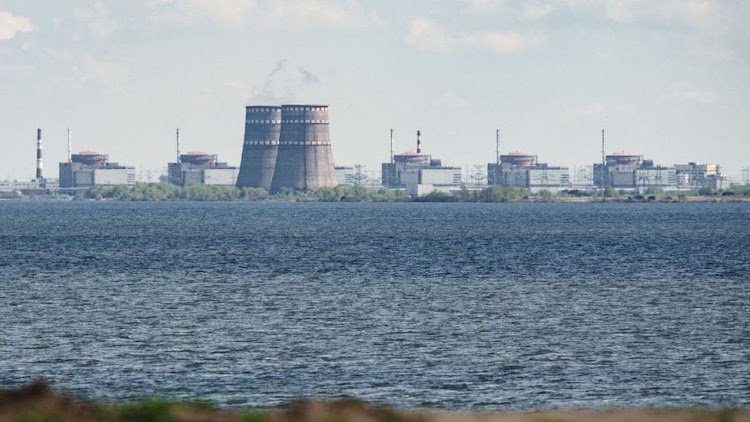 The Zaporizhzhia plant is the largest in Europe and has been under Russian control since March
Image: BBC

Russia has rejected appeals for a complete demilitarisation of the area around the Zaporizhzhia nuclear plant in southern Ukraine.

The move would make the plant more vulnerable, a Russian official said.

The calls come amid growing concern over safety at the site - Europe's largest nuclear plant - as both sides accuse each other of shelling the area.

Ukrainian workers operate the plant, which has been under Russian control since March.

It was one of the first sites seized by Russian troops following the invasion of Ukraine on 24 February.

"Any potential damage to Zaporizhzhia is suicide," Mr Guterres warned.

The Ukrainian president urged the UN to ensure demilitarisation of the nuclear plant - Europe's biggest. Mr Guterres added that "the facility must not be used as part of any military operation".

Mr Erdogan echoed the UN chief's concerns, telling reporters that he was worried about the danger of "another Chernobyl" disaster erupting at the plant.

Moscow is accused of turning the facility into an army base, with all three leaders urging the Russians to demilitarise the zone as soon as possible.

"Their implementation will make the plant even more vulnerable," Mr Nechayev told reporters.

The appeals come as Ukrainian staff, who are working at the plant under Russian direction, warned of a potential nuclear catastrophe at the facility, saying in the past two weeks it has become "the target of continuous military attacks".

"What is happening is horrific and beyond common sense and morality," staff wrote in a Telegram post (in Ukrainian).

Three of the four power supply lines linking the plant to the Ukrainian national grid have been damaged by shelling and Ukraine's nuclear regulator has warned that a complete loss of power supply would mean that "nuclear fuel will begin melting, resulting in a release of radioactive substances to the environment".

Later on Thursday, an official Twitter channel used by the Ukrainian government said that members of Rosatom, Russia's state nuclear corporation, had "urgently" left the facility, and an "unexpected day off" had been announced.

"Ukrainian intelligence officers believe that the Russians are preparing a provocation at the [facility]," Ukraine's Centre for Information security tweeted.

"Following their extensive shelling... [Russian forces] could 'raise the stakes' and stage a real terrorist attack on Europe's largest nuclear facility," it said.

The BBC has been unable to verify the claims.

Despite concerns, though, the site is said to be far more secure than the Chernobyl plant - the site of the worst nuclear incident in history.

The reactor is in a steel-reinforced concrete building that can "withstand extreme external events, both natural and man-made, such as an aircraft crash or explosions," experts told the BBC in March.