How to make movies without a huge carbon footprint

In film and TV production, the main sources of carbon emissions are transport and energy.

• According to the report Screen New Deal, the average big budget film production produces 2,840 tonnes of CO2 equivalent. It would take 3,709 acres of forest a year to absorb this amount.

• Productions have increasingly been using renewable diesel (also known as hydrotreated vegetable oil or HVO), for instance for Downton Abbey: A New Era. The green memo sent out by the production team of the programme Poldark asked that the location department use low-carbon suppliers of lighting and reusable batteries wherever possible.

The request was vague and the expectations unclear. But such requests are increasingly mainstream and point to the growing awareness in the film and TV industry of its carbon dioxide emissions.

In film and TV production, the main sources of carbon emissions are transport and energy.

According to the report Screen New Deal, the average big budget film production produces 2,840 tonnes of CO2 equivalent. It would take 3,709 acres of forest a year to absorb this amount.

Half of this comes from fuel, 30% from energy utilities, and 16% from air travel.

Louise Smith focuses on transport and energy when she's brought in to advise a film or TV production on cutting its carbon footprint.

She has worked on films including the most recent James Bond instalment No Time to Die and Jurassic World: Dominion. Unusually for people in this role, her background is in environmental science, rather than in film and TV.

"Usually I try and get involved as early as possible," says Ms Smith, a sustainability consultant with Neptune Environmental Solutions.

This allows for her to assess the filming locations to see the needs for grid or mobile power. For on-set filming, the studio ideally has a renewable electricity contract already. 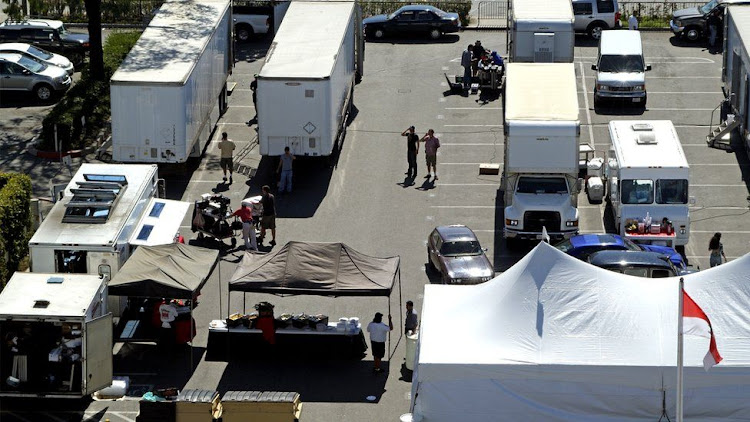 A big energy issue is diesel, which has traditionally been used to power the heavy vehicles and generators needed for filming. Generators are especially important for filming on location in spots where the power grid can't be accessed.

Productions have increasingly been using renewable diesel (also known as hydrotreated vegetable oil or HVO), for instance for Downton Abbey: A New Era.

While this renewable biodiesel is less polluting than conventional diesel, it is not a panacea.

Producing HVO requires a great deal of vegetable oil, which worries environmental groups, who argue that making biofuels like HVO could be diverting crops for food into energy production.

Some HVO is made from waste, including used cooking oil and animal fats. But these oils and fats are in short supply as they are used in other products, like pet food.

"HVO production just adds to the demand for these scarce feedstocks," says Maik Marahrens, who campaigns on biofuels and energy at the European NGO Transport & Environment.

In this transitional period, she's encouraging the hybrid use of batteries with other types of power. "Battery technology has come on super-fast in the UK in the last couple of years, in terms of the availability and the size and the capacity," she says.

This allows productions to co-ordinate their power systems, with batteries connected to power-hungry generators, and generators turned off overnight.

The batteries might be sufficient to power, for instance, the fridges and freezers that need to run overnight, with the generators turned on automatically in the morning. This results in less energy use overall.

Improvement of mobile batteries and solar-powered generators is a technological challenge.

But there's also what Ms Smith refers to as a "hearts and minds challenge", which is to convince crews that they can get by with less. 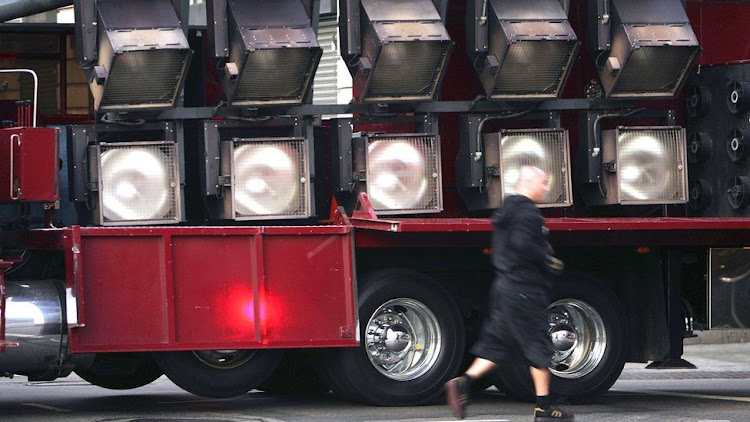 A gaffer will often transport extra lights so there is back-up
Image: GETTY IMAGES

"There's not a lot of room for error in film because everything moves so quickly," Ms Smith says.

For example, it may make sense for a gaffer (chief lighting technician) to transport extra lighting equipment just to ensure that no time is lost if a director changes her mind.

"So yes, there's a lot of built-in redundancy, and it's a problem in terms of efficiency," Ms Smith notes. "That is a difficult one to manage, because those people's jobs are at stake if they get it wrong."

In this case, Ms Smith might encourage more data gathering to determine how much energy is actually being used, to allow for just a little spare capacity. Using small generators and switching equipment on only when needed would help to reduce energy waste.

Paris 2024 Olympics ‘to learn from Birmingham’ on sustainability

Birmingham 2022 was praised for “setting a high standard” and going further than previous major events.
Sports
1 month ago