• The activist and actress appeared on live TV in 1973 to refuse an Oscar that Marlon Brando won for The Godfather.

• Brando rejected the best actor award because of misrepresentation of Native Americans by the US film industry - and sent Littlefeather in his place. 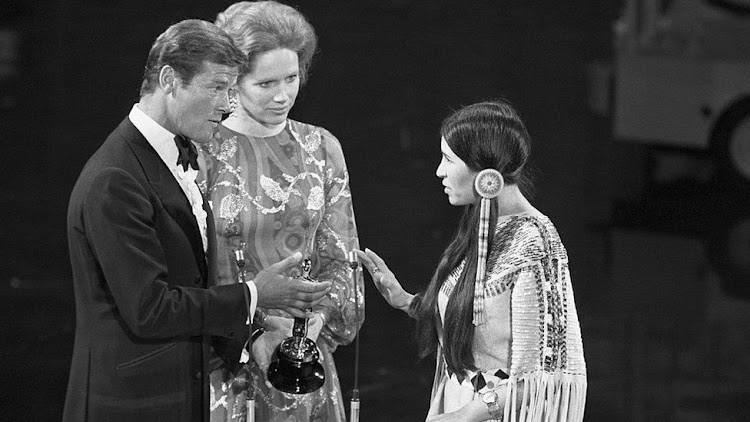 The award was presented by Roger Moore and Liv Ullman - but rejected
Image: GETTY IMAGES

The Oscars has apologised to Sacheen Littlefeather, a Native American woman booed off stage nearly 50 years ago.

The activist and actress appeared on live TV in 1973 to refuse an Oscar that Marlon Brando won for The Godfather.

Brando rejected the best actor award because of misrepresentation of Native Americans by the US film industry - and sent Littlefeather in his place.

"I never thought I'd live to see the day I would be hearing this," she told the Hollywood Reporter.

Littlefeather, then 26, was heckled and shunned by the entertainment industry following her speech at the awards.

Her speech was, organisers said, the first political statement at the televised ceremony - beginning a trend which continues to this day.

Introducing herself on behalf of Brando - who wrote "a very long speech" - she briefly told the audience "that he very regretfully cannot accept this very generous award".

"And the reasons for this being the treatment of American Indians today by the film industry and on television in movie re-runs, and also with recent happenings at Wounded Knee," she said - in reference to a violent stand-off with federal agents at a site of significant importance to the Sioux people.

She was met with boos - and some cheers - from the audience.

In 2020, Littlefeather told the BBC that straight after the speech she had to leave the stage with two security guards. But, she added, it "was a very good thing" as actor John Wayne was backstage (secured by six security men); she said he was "furious with Marlon and furious with me" and wanted to pull her off stage himself. 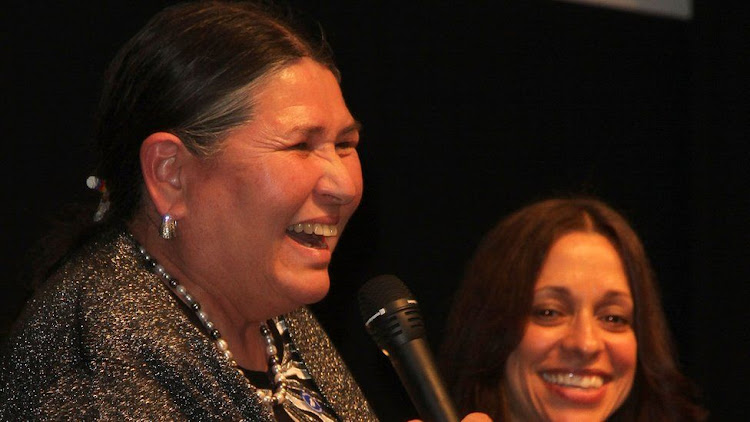 Littlefeather - pictured here in 2010 - said she never thought she would see an apology
Image: GETTY IMAGES

Some people used the "Tomahawk chop" - seen as a demeaning gesture to Native Americans - as she was walking by.

Brando had written a much longer speech, but Littlefeather was instructed by the award ceremony's production team to keep the rejection to 60 seconds.

It was televised to 85 million people. Some media reports after the event claimed Littlefeather was not truly a Native American, but rather that she agreed to the speech to help her acting career. Some speculated she might be Brando's mistress.

She told the BBC all those claims were untrue.

"The abuse you endured... was unwarranted and unjustified," David Rubin, former president of the Academy of Motion Picture Arts and Sciences, wrote in a letter to Littlefeather made public on Monday.

Mr Rubin said the speech at the 45th Academy Awards "continues to remind us of the necessity of respect and the importance of human dignity".

The Academy Museum of Motion Pictures will host an event in September, in which Littlefeather will talk about her appearance at the 1973 Oscars and the future of indigenous representation on screen.

In response to the apology, she said: "We Indians are very patient people - it's only been 50 years!"

She added that keeping a sense of humour is "our method of survival".