Mr Giuliani led legal challenges to dispute the outcome of the election.

• Ex-New York Mayor Rudy Giuliani, who is due to testify this week at court in Atlanta, dismissed the investigation as politically motivated. 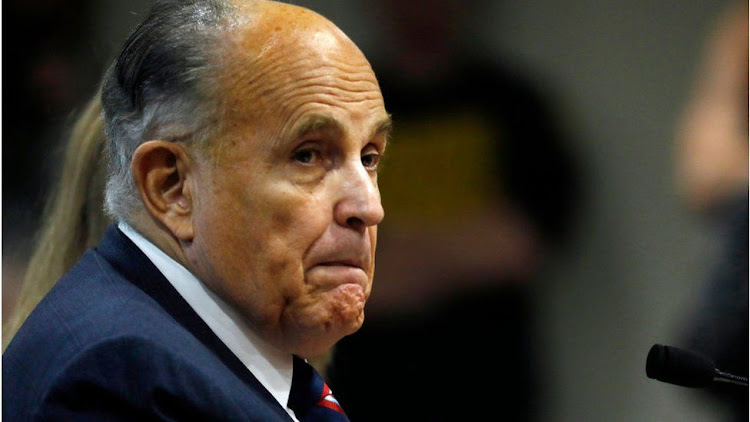 Donald Trump's former personal lawyer has revealed he is the target of a criminal inquiry in Georgia into alleged attempts to overturn the 2020 White House election results.

Ex-New York Mayor Rudy Giuliani, who is due to testify this week at court in Atlanta, dismissed the investigation as politically motivated.

Mr Giuliani led legal challenges to dispute the outcome of the election.

As the former president's election lawyer in December 2020, Mr Giuliani repeatedly made unfounded allegations about stolen ballots as he urged state lawmakers in Georgia not to certify President Joe Biden's election victory.

On Monday, Mr Giuliani's attorney Robert Costello told US media that prosecutors had informed their legal team that the former mayor was under investigation.

But Mr Giuliani will refuse to answer any questions about Mr Trump that might breach attorney-client privilege when he testifies in court on Wednesday, Mr Costello said.

On a radio talk show in New York on Monday, Mr Giuliani said Atlanta was one of "the most crooked cities in the country" and it was a "Democratic dictatorship".

Mr Biden, a Democrat, beat Mr Trump, a Republican, by 12,670 votes in Georgia, according to audited results.

Fulton County, where the investigation is based, launched its criminal inquiry after a recording surfaced from a January 2021 phone call in which Mr Trump was heard urging the state's top election official, Georgia Secretary of State Brad Raffensperger, to "find" enough votes to alter the outcome.

A prosecutor convened a grand jury in May to hear evidence. Fulton County District Attorney Fani Willis has said her investigation could result in racketeering or conspiracy charges.

But just because Mr Giuliani has been asked to testify it does not mean that he or anyone else will be charged with a crime.

Ms Willis has said she is also considering calling Mr Trump to testify before the grand jury.

On Monday, a federal judge rejected efforts by US Senator Lindsey Graham of South Carolina to avoid testifying to the Fulton County grand jury.

The inquiry is also looking into a "fake electors" plan, under which Georgia Republicans allegedly signed phony certificates declaring that Mr Trump had won the 2020 presidential election.

Mr Trump is himself under congressional investigation for his activities surrounding last year's US Capitol riot and his attempts to challenge Mr Biden's election victory.

He is also being investigated under the Espionage Act after federal authorities said they found classified files in a raid last week of his Florida estate, according to a search warrant.