• Each side said there were 10 hits on the office and fire station of Europe's biggest power plant on Thursday.

• At a meeting of the UN Security Council called to discuss the situation, the head of its nuclear watchdog, Rafael Grossi, warning it was a "grave hour". 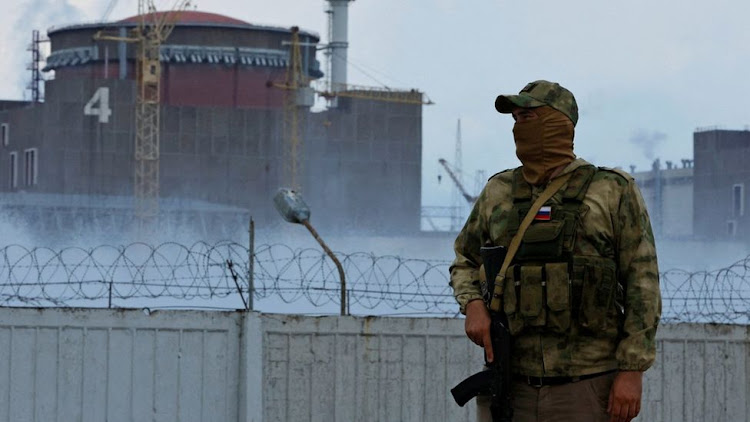 More shelling of Ukraine's Zaporizhzhia nuclear power plant has been reported, with Ukraine and Russia again blaming each other for the attack.

Each side said there were 10 hits on the office and fire station of Europe's biggest power plant on Thursday.

At a meeting of the UN Security Council called to discuss the situation, the head of its nuclear watchdog, Rafael Grossi, warning it was a "grave hour".

China and the US both called for UN experts to be allowed to urgently visit the plant, but similar demands in the past have so far not been acted upon.

Earlier, the US also called for a demilitarised zone to be established around the plant: "Fighting near a nuclear plant is dangerous and irresponsible," a state department spokesperson said.

However, Russia's UN representative said demilitarisation was not an option, suggesting that it would make the plant more vulnerable to "provocations" and "terror attacks".

The facility and its surrounding area in central-eastern Ukraine saw shelling last week, with Russia and Ukraine also accusing each other over that attack.

Ukraine says Russia has turned the site into a military base, launching attacks from there knowing that Ukrainian forces are unlikely to retaliate.

In a statement on Thursday, Ukraine's nuclear agency Enerhoatom said that "Russian invaders again shelled the Zaporizhzhia plant and territories near the nuclear facility".

It said an administrative office near the welding area was hit and several radiation sensors were damaged. There was a small fire on some nearby grass, but no injuries.

Enerhoatom added that the fire station located near the plant was also targeted.

Because of the shelling, it was impossible to change the personnel after their shift, so they had to continue work overtime.

But the situation was currently under control, Enerhoatom said.

Zaporizhzhia: How the crisis unfolded

The Russian-installed officials issued a mirroring statement, accusing Ukraine of carrying out the shelling.

They said Ukrainian forces were using multiple-launch rocket systems and heavy artillery. The claims by each of the side have not been independently verified.

Speaking at a meeting of the UN Security Council in New York City on Thursday, Mr Grossi again called for his International Atomic Energy Agency (IAEA) to be allowed in to inspect the plant.

"This is a serious hour, a grave hour and the IAEA must be allowed to conduct its mission to Zaporizhzhia as soon as possible," he said.

Meanwhile, UN Secretary General Guterres earlier warned: "Urgent agreement is needed at a technical level on a safe perimeter of demilitarisation to ensure the safety of the area".

In his nightly address, Ukrainian President Volodymyr Zelensky warned that "only the complete withdrawal of Russians from Zaporizhzhia guarantees the restoration of nuclear safety for the whole of Europe".

The Zaporizhzhia plant is in the city of Enerhodar, in the south-east of Ukraine along the left bank of the River Dnieper (Dnipro in Ukrainian).

After seizing the complex, Russia kept its Ukrainian employees.

So far, UN nuclear watchdog officials have been unable to inspect the plant. 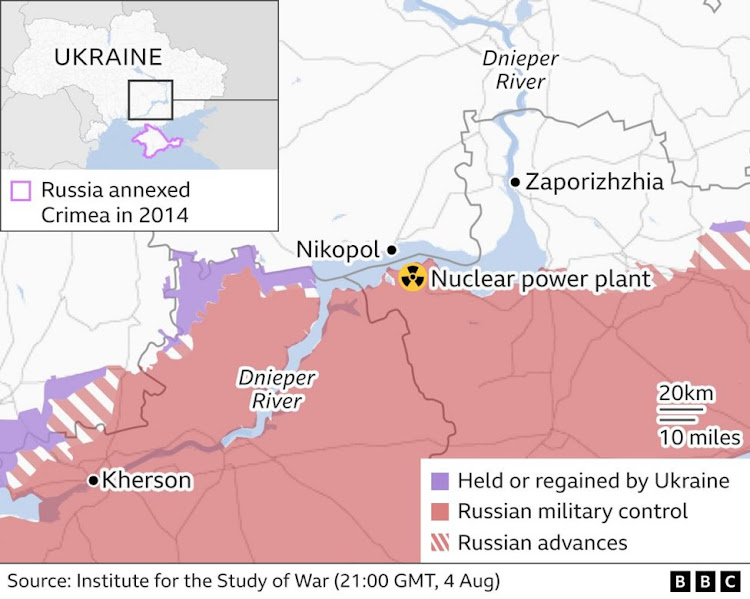