• The area's airspace was also shut down for a brief time, as well as river traffic on the waterway itself. 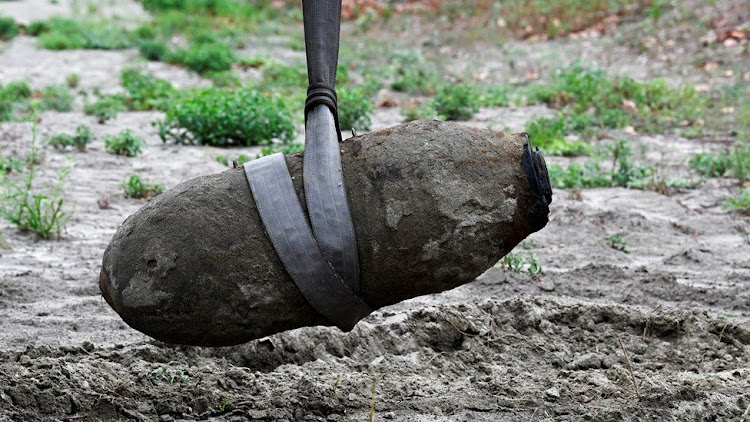 The unexploded bomb is removed from the river bed
Image: REUTERS/BBC

An unexploded World War Two bomb submerged in an Italian river has been revealed due to an extreme drought.

Large sections of the 650km (400 mile) river have dried up in Italy's worst drought for 70 years.

"The bomb was found by fishermen on the bank of the Po river," army official Colonel Marco Nasi told Reuters news agency.

The unexploded device, which Italian military officials said contained 240kg (530lb) of explosive, was discovered near the Lombardy village of Borgo Virgilio in July. 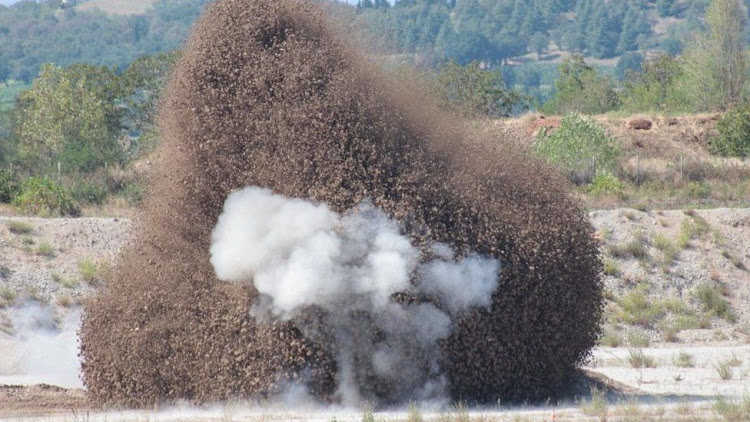 Some 3,000 nearby residents were reportedly evacuated so that bomb disposal experts could safely carry out a controlled explosion on Sunday.

"At first, some of the inhabitants said they would not move, but in the last few days we think we have persuaded everyone," local mayor Francesco Apori said.

The area's airspace was also shut down for a brief time, as well as river traffic on the waterway itself.

The Po is Italy's longest river, flowing from the south-western Alps down to the Adriatic Sea - but annual satellite images from this year show expanding patches of dried-up riverbed as a result of extreme drought.

Italian officials declared a state of emergency last month for areas surrounding the Po, which irrigates around one-third of the country's agricultural production.

Its current has grown so weak due to heat and lack of rainfall in recent months that farmers in the Po Valley say salty seawater is now seeping into the river, destroying crops.