Japan said five Chinese missiles landed in its waters as well, calling for an "immediate stop" to the exercises.

• China saw the visit, by the US house speaker Mrs Pelosi, as a challenge to its claims of sovereignty over Taiwan. 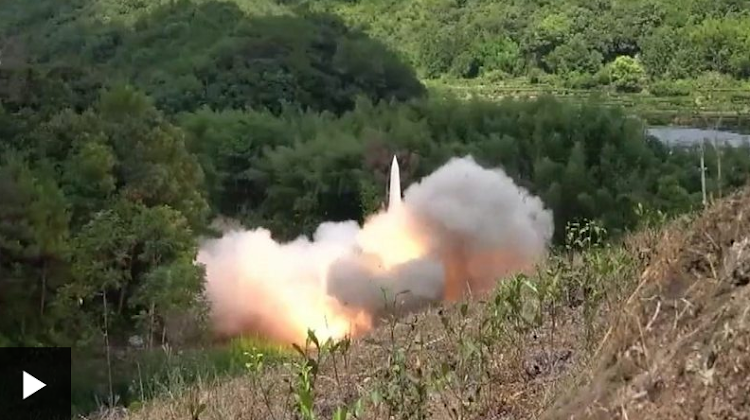 China has fired missiles near Taiwan as part of huge military drills following a visit by senior US politician Nancy Pelosi to the island.

Japan said five Chinese missiles landed in its waters as well, calling for an "immediate stop" to the exercises.

China saw the visit, by the US house speaker Mrs Pelosi, as a challenge to its claims of sovereignty over Taiwan.

It sees Taiwan as a breakaway province that will eventually be brought under its control - by force if necessary.

The US, for its part, does not officially recognise Taiwan, which has for all practical purposes been independent since 1950. However, Washington maintains a strong relationship with the island - which includes selling weapons for Taiwan to defend itself.

Ms Pelosi's brief visit to Taiwan on Wednesday fuelled tensions, with Chinese Foreign Minister Wang Yi describing it as "manic, irresponsible and irrational". She is the most senior US politician to visit the island in 25 years. Ms Pelosi is now in Japan for the last stage of her Asian tour.

China responded by conducting an unprecedented launch of ballistic missiles and the military drills just off the Taiwanese coast.

Taiwan's defence ministry said it had activated its defence systems and was monitoring the situation.

Taiwan's ministry of foreign affairs accused China of "following the example of North Korea in wilfully test-firing missiles into waters near other countries".

North Korea - a strong ally of China's - has been accused of igniting tensions in the region by repeatedly launching missile tests in recent months.

On Thursday, Japan voiced its strong protest over the Chinese missile launches.

"We strongly condemn the act as it is a serious issue concerning Japan's security and the safety of Japanese people," Japanese Defence Minister Nobuo Kishi said.

China's missile launches are causing disruption to shipping lanes and flights to and from Taiwan.

Ships have been forced to re-route, with days-long disruptions expected to have an impact on supply chains with delays to global shipping.

More than 50 international flights from Taiwan's Taoyuan International Airport have been cancelled.

The view from Taiwan: 'We've had this for 70 years'

In the fishing port of Bi Sha Yu, fishermen sitting on the port side are fixing their nets and grumbling loudly: "It's always us little people who suffer when the politicians fight," says one captain.

"But what can we do, it's too dangerous to go out there now."

Another was tying up after coming back into port. "I went out this morning, but then the coastguard came on the radio and told us all to get back in to port immediately," he says.

Most people the BBC spoke to do not believe China is about to attack Taiwan. "They're a bunch of gangsters," says one man fishing on the dockside.

"Those communists talk big, but they won't do anything. We've been living with their threats for 70 years."

In wake of the increased tensions, the US navy said a naval carrier - the USS Ronald Reagan - was heading towards part of the ocean that includes waters south-east of Taiwan.

"USS Ronald Reagan and her strike group are under way in the Philippine Sea continuing normal, scheduled operations as part of her routine patrol in support of a free and open Indo-Pacific," a navy spokesperson said on Thursday.

A US aircraft that can track ballistic missiles in flight has also taken off from Japan and is heading towards Taiwan. 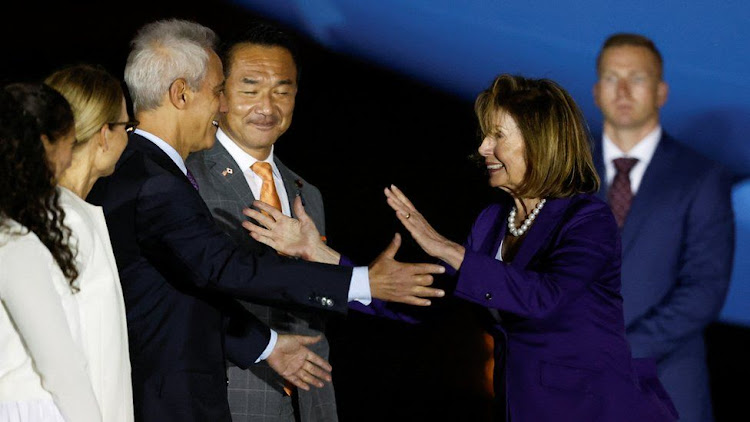 Ms Pelosi landed in Japan on Thursday evening and was greeted by the US ambassador
Image: REUTERS/BBC

China and Taiwan: The basics 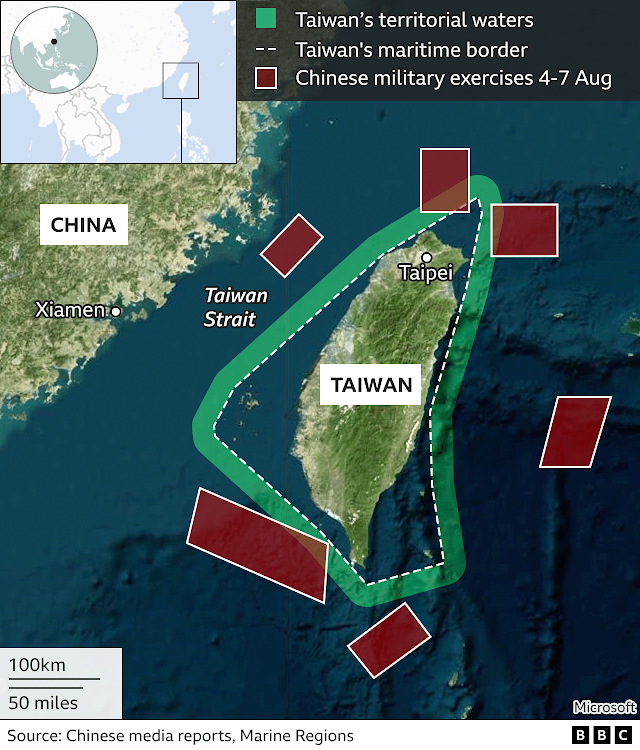