The attack came after Russia had decided to withdraw from Snake Island.

• One missile struck a nine-story building in the town of Bilhorod-Dnistrovskyi at about 1 a.m. (2200 GMT Thursday), the Ukrainian emergencies ministry said. It also caused a fire in an attached store building.

• Another missile hit a resort facility, Bratchuk said, killing at least three people including a child and wounding one more person. 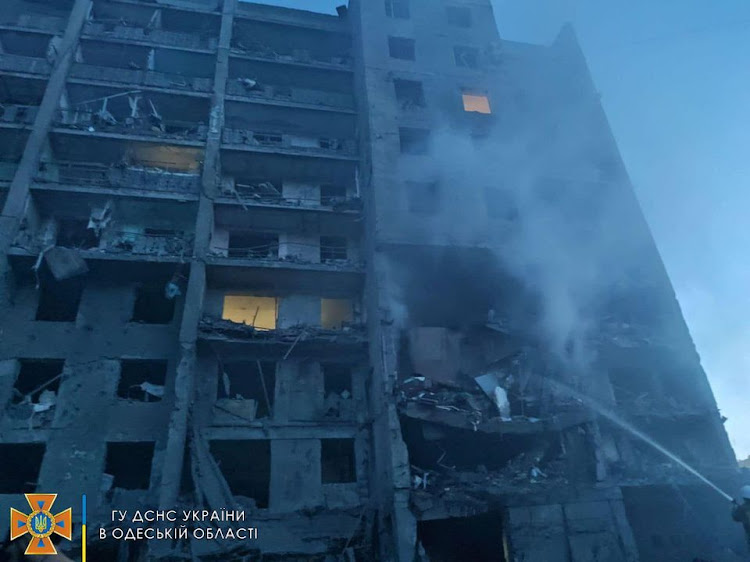 Rescue workers work at the scene of a missile strike at a location given as Bilhorod-Dnistrovskyi, Odesa region, Ukraine, in this handout image released July 1, 2022.
Image: REUTERS

With its ground forces concentrated in Ukraine's eastern industrial region of Donbas, Russia has more than doubled the number of missile strikes around the country in the past two weeks, using inaccurate Soviet-era missiles for more than half of the attacks, according to a Ukrainian brigadier general.

One missile struck a nine-story building in the town of Bilhorod-Dnistrovskyi at about 1 a.m. (2200 GMT Thursday), the Ukrainian emergencies ministry said. It also caused a fire in an attached store building.

Serhiy Bratchuk, spokesperson for the Odesa regional administration, told Ukrainian state television a rescue operation was under way as some people remained buried under the rubble after part of the building collapsed.

Another missile hit a resort facility, Bratchuk said, killing at least three people including a child and wounding one more person.

Reuters could not independently confirm details of the incident. 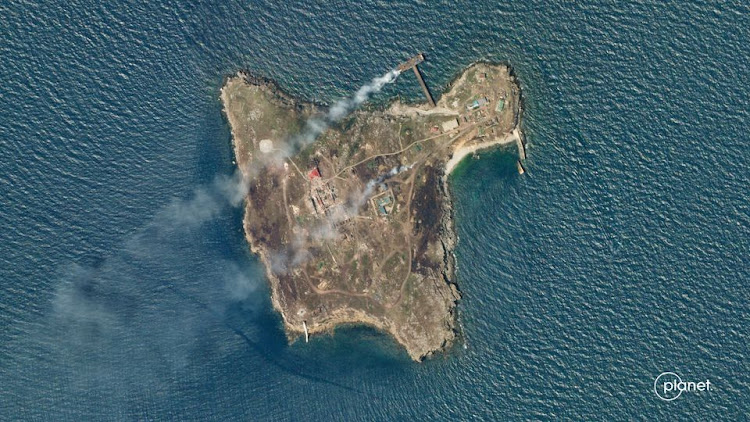 Thousands of civilians have died since Russia invaded Ukraine on Feb. 24 in what Ukraine says is an unprovoked war of aggression. Moscow denies targeting civilians and says it hits only military infrastructure in what it calls a "special operation" to root out dangerous nationalists.

The attack came after Russia on Thursday said it had decided to withdraw from Snake Island as a "gesture of goodwill" to show Moscow was not obstructing U.N. attempts to open a humanitarian corridor allowing grains to be shipped from Ukraine.

Ukraine said it had driven Russian forces off the Black Sea outcrop after an artillery and missile assault, with President Volodymyr Zelenskiy hailing the strategic win.

"It does not yet guarantee security. It does not yet ensure that the enemy will not come back," he said in his nightly video address. "But this significantly limits the actions of the occupiers. Step by step, we will push them back from our sea, our land and our sky."

In contrast, however, Ukrainian forces were desperately hanging on in the city of Lysychansk.

"The superiority in fire power of the occupiers is still very much in evidence," Zelenskiy said. "They have simply brought in all their reserves to hit us."

Russian forces have been trying to encircle Lysychansk since they captured Sievierodonetsk, on the opposite side of the Siverskyi Donets River, last week after weeks of heavy fighting.

In Sievierodonetsk, residents have emerged from their basements and are sifting through the rubble of their ruined city as they look to rebuild.

"Almost all the city infrastructure is destroyed. We are living without gas, electricity, and water since May," Sergei Oleinik, a 65-year-old resident told Reuters. "We are glad that this ended, and soon maybe reconstruction will start, and we will be back to more or less normal life."

For all its attacks, Ukraine has very limited naval capacity
News
5 months ago

Ukraine war: US to ramp up military presence across Europe

Mr Biden said the US was "stepping up" and proving that Nato was "needed now more than it has ever been".
News
5 months ago

Putin still wants to take most of Ukraine - US

In March Moscow refocused its efforts on seizing Ukraine's Donbas area
News
5 months ago
Post a comment
WATCH: The latest news from around the World
by REUTERS Reuters
World
01 July 2022 - 09:11
Read The E-Paper