Afghan and international aid agencies are assessing the damage and delivering supplies, but this is a major and developing crisis, one which comes on top of the country's already dire humanitarian situation. 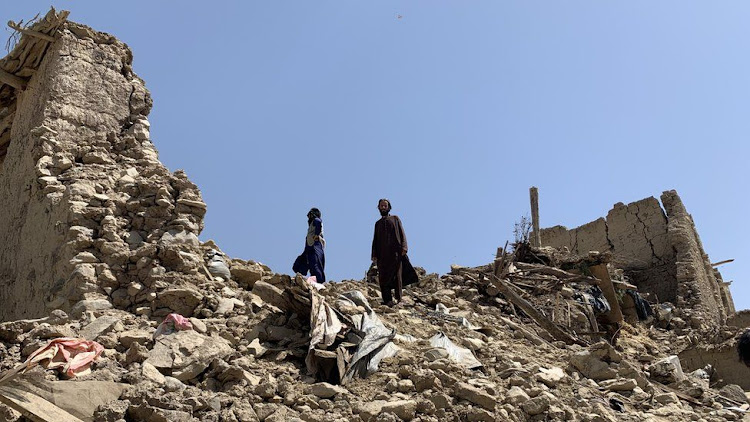 Survivors of the earthquake in Barmal district assess the damage
Image: BBC

Survivors of Afghanistan's deadliest earthquake in two decades say they have nothing to eat, no shelter, and fear a possible cholera outbreak. The BBC's Secunder Kermani reports from Paktika province, the hardest hit by the disaster.

Searching through the debris, in what is left of his family home, Agha Jan's eyes well up with tears.

"These were my sons' shoes," he says, brushing the dust off them. His three young children and two wives were killed in the earthquake as they slept.

As the tremors struck in the early hours of Wednesday, Agha Jan rushed towards the room where his family was staying.

"But everything was under the rubble," he tells the BBC. "Even my shovel. There was nothing I could do. I called out to my cousins to help but when we pulled my family out, they were already all dead."

The area around Agha Jan's village in Barmal district, Paktika province, is one of the worst affected by the earthquake, in which around 1,000 people are believed to have been killed and 3,000 more injured. 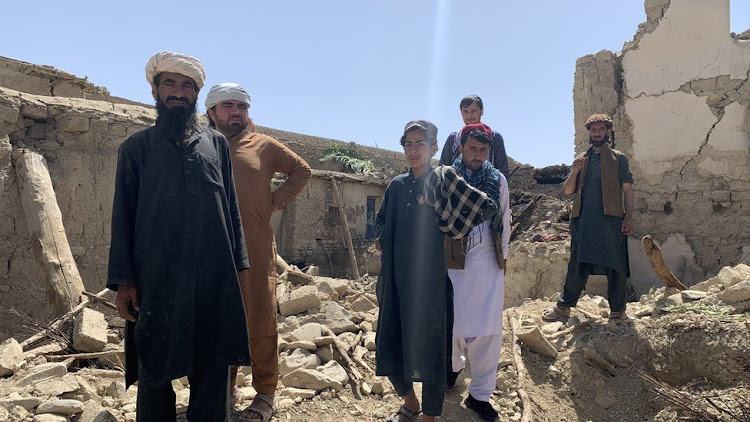 It's a three-hour drive to the nearest big city, on mostly dirt roads - the remote location making it all the more difficult to transport the injured. Some had to be flown to hospital in the Taliban's military helicopters.

Almost every house in the village, generally constructed from mud and stone, appears to be badly damaged. Almost every family seems to be grieving a lost relative.

Habib Gul was across the border in the Pakistani city of Karachi, working as a labourer, when he heard the news. He rushed back to his village in Barmal to discover 20 of his relatives had been killed - 18 of them in a single house.

"Whose names can I give you? So many of my relatives were martyred, three sisters, my niece, my daughter, young children."

Every villager we meet wants to show us the destruction to their home. Partly because they want the world to see the devastation, but also, more practically, because they are hoping their names can be added to aid distribution lists.

"If the world looks on us like brothers and helps us, we will stay here on our land," Habib Gul tells the BBC. "If they don't, we will leave this place where we have spent so long with tears in our eyes."

Overhead, military helicopters whir through the sky. They're no longer transporting injured victims but delivering supplies. Taliban officials tell us the rescue operation has been completed and is now over.

The most pressing need is shelter for the hundreds of families left homeless.

Agha Jan and one of his surviving sons are pitching a large sheet of tarpaulin between wooden sticks on a piece of empty ground. Other families are in tents, flanked by the remnants of homes they worked so hard to construct.

Khalid Jan is now responsible for his five young grandchildren who mill around by his feet. Their father, his son, was killed in the earthquake, along with two other of Khalid Jan's children.

"I am all they have left," he tells the BBC, perched on a metal charpoy - a traditional bed - underneath a tent. "But the house and everything here has been destroyed and I will never be able to rebuild it." 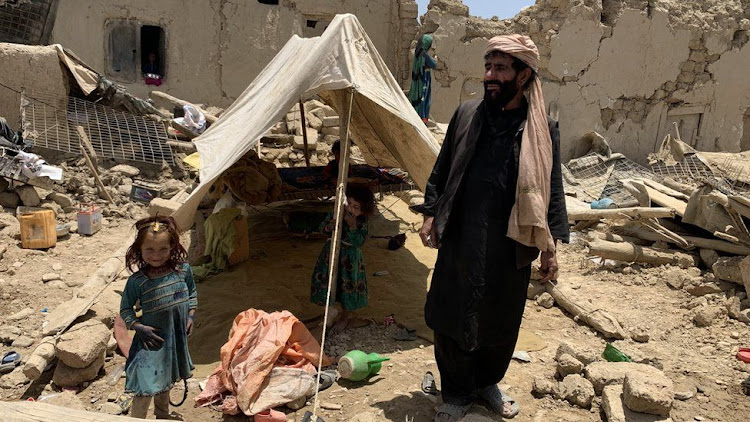 Afghan and international aid agencies are assessing the damage and delivering supplies, but this is a major and developing crisis, one which comes on top of the country's already dire humanitarian situation.

The United Nations, which is also helping support victims, is warning of the risk of a possible cholera outbreak.

At Habib Gul's village, men have gathered to offer prayers commemorating the dead. Almost 50 people have been killed out of a population of around 250. Attention will now turn to the survivors, and how fast aid can reach them.

The earthquake struck about 44km (27 miles) from the city of Khost.
News
7 months ago