•The House of Representatives committee accuses Mr Trump of an attempted coup. 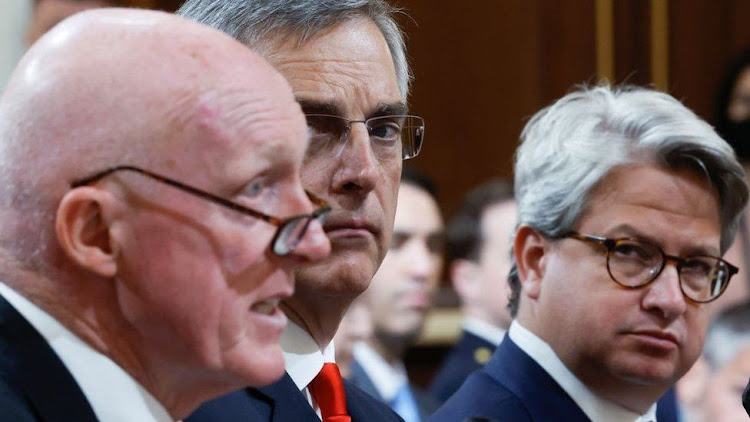 Trump supporters threatened election officials and their families after they refused to quash his 2020 defeat, a congressional panel has heard.

The speaker of Arizona's statehouse, Rusty Bowers, told the committee probing last year's Capitol riot that the harassment continues to this day.

The House of Representatives committee accuses Mr Trump of an attempted coup.

"We received... in excess of 20,000 emails and tens of thousands of voice mails and texts, which saturated our offices and we were unable to work, at least communicate," Mr Bowers, speaker of the Arizona House of Representatives, told the select committee in Tuesday's hearing.

The witness - who campaigned for Mr Trump in 2020 - said the threats and insults have continued with protests outside his house labelling him a "paedophile".

The select committee has conducted a nearly yearlong investigation into how Trump supporters invaded Congress on 6 January 2021 to disrupt lawmakers as they certified Democrat Joe Biden's election victory.

On Tuesday, in the fourth public hearing so far, the panel also heard from Georgia election officials about their difficulty in stamping out conspiracies fanned by Mr Trump's unfounded claims of mass voter fraud.

Mr Biden defeated Mr Trump in both Georgia and Arizona, two states that had previously backed Republicans for the White House.

Shaye Moss, who - along with her mother Ruby Freeman - became the target of conspiracy theories in her job as an election worker in Fulton County, Georgia, also testified.

In recorded messages, Mr Trump had called her "a professional vote-scammer and hustler".

Ms Moss said she faced "a lot of threats wishing death upon me", and that the harassment, including racist abuse, had "affected my life in every way".

"I no longer give out my business card," she said.

Ms Moss said she is reluctant to go anywhere, including the supermarket and has gained about 60lb (27kg) in weight.

She also told the committee that Trump supporters had visited her grandmother's home, looking for her and hoping to make a "citizen's arrest".

In recorded testimony, her mother Ms Freeman testified that the threats had prompted her to leave her home for her own safety.

"It was horrible," Ms Freeman said on video.

"I won't even introduce myself by my name anymore," she added.

Gabriel Sterling, a top election official in Georgia, told the committee that fighting the election scam claims "was like a shovel trying to empty the ocean".

Lawmakers also heard from Georgia Secretary of State Brad Raffensperger, whom Mr Trump repeatedly pressed to "find" the votes he needed to win the state.

Mr Raffensperger ticked through a laundry list of allegations made by the Trump team in a lawsuit filed against the state.

He said the legal action had claimed 10,315 dead people voted, but a thorough review found a total of only four.

The secretary said further investigation had debunked other claims about illegal votes by underage and non-registered voters, as well as convicts.

"We had many allegations and we investigated every single one of them," Mr Raffensperger said.