• The UK Health Security Agency (UKHSA) says it was probably imported to London by someone who was recently vaccinated overseas with a live form of the virus.

• It says the risk is low, but parents should ensure their children have been fully immunised against the disease. 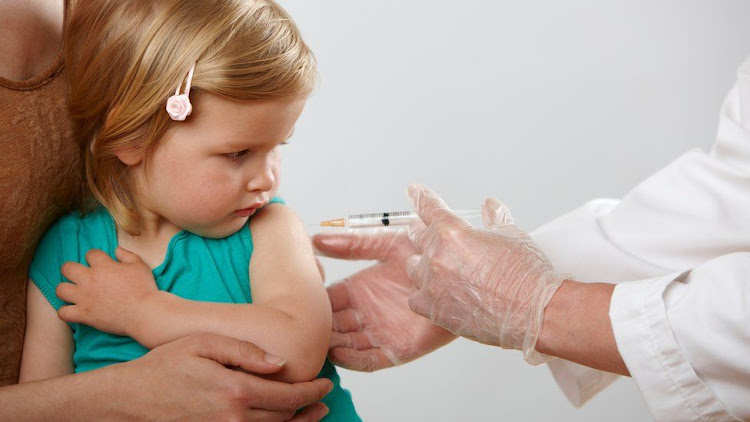 Children are routinely vaccinated against polio in the UK, but uptake is lower than usual in London
Image: GETTY IMAGES

The virus which causes polio has been detected in a concerning number of sewage samples in London, health officials have said.

The UK Health Security Agency (UKHSA) says it was probably imported to London by someone who was recently vaccinated overseas with a live form of the virus.

It says the risk is low, but parents should ensure their children have been fully immunised against the disease.

"Most of the UK population will be protected from vaccination in childhood, but in some communities with low vaccine coverage, individuals may remain at risk," said Dr Vanessa Saliba, consultant epidemiologist at UKHSA.

An inactivated polio vaccine is used in the UK as part of the routine childhood programme. It is given to children three times before the age of one, and then again at three and 14 years of age.

Take-up of the first three doses is about 86% in London, well below target levels, with the rest of the UK over 92%.

Health authorities have now declared a national incident and informed the World Health Organization (WHO) of the situation.

Over the past four months, the UKHSA has found the polio virus in samples collected from the Beckton sewage works, which serves a population of four million in north and east London.

Scientists believe the virus originated from someone who was immunised abroad with the live oral polio vaccine, which hasn't been used in the UK since 2004.

That person then shed traces of the virus from their gut which were detected by the sewage sampling.

In rare cases, that form of the virus can then be transmitted to others and mutate into what is known as "vaccine-derived" polio.

Although weaker than the original or "wild" form of the disease, it can still cause serious illness, including paralysis, in people who are unvaccinated.

A tiny number of samples of the polio virus are detected each year in sewage surveillance, but this is the first time that a cluster of genetically-linked samples has been found repeatedly over a period of months.

Health officials say this suggests there has been some spread between closely-linked individuals in London.

No actual cases of polio have been detected and there have been no reports of rare but serious symptoms in the UK.

Jane Clegg, chief nurse for the NHS in London, said the health service would be contacting parents of children aged under five in London who are not up to date with their childhood jabs.

"Parents can also check their child's vaccination status in their red book, and people should contact their GP practice to book a vaccination should they or their child not be fully up to date," she said. 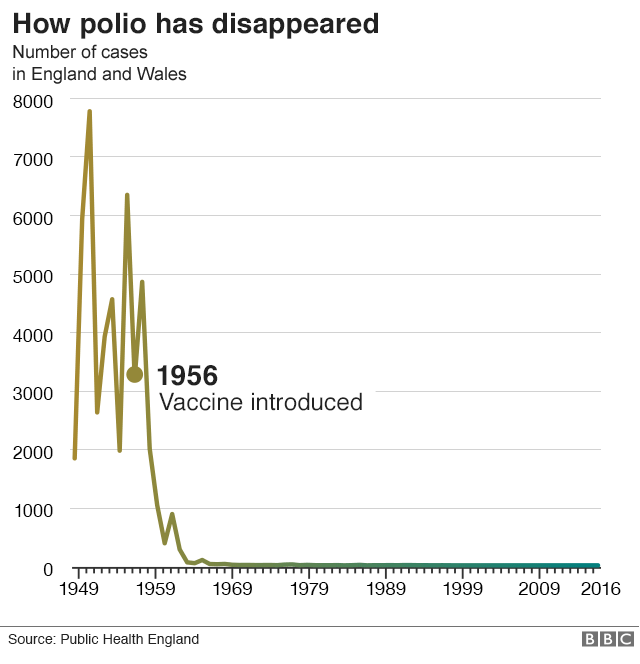 Polio is a rare disease and is spread after a person does not wash their hands properly after using the toilet and then touches food or water consumed by others, or in rarer cases by coughing and sneezing.

Most people don't have any symptoms and will fight off the virus without even realising they were infected. A small number will experience flu-like symptoms for up to three weeks.

In a very small number of cases, thought to be between one in 100 and one in 1,000, the polio virus attacks the nerves in the spine and base of the brain.

This can cause paralysis, usually in the legs. If the breathing muscles are affected, it can be life-threatening.

None of the recent outbreaks was predicted and with the trends, we should anticipate an increase in frequency and scale of impact.
Opinion
3 days ago

Initial symptoms include fever, headaches, swellings, back pain, aching muscles and a general listlessness.
News
1 month ago
WATCH: The latest news from around the World
by BBC NEWS None
World
22 June 2022 - 19:01