Burkinis are worn largely by Muslim women as a way of preserving modesty.

•Last month, Grenoble authorised all swimwear, including burkinis, sparking a legal battle with the government.

•Burkinis are worn largely by Muslim women as a way of preserving modesty and upholding their faith. 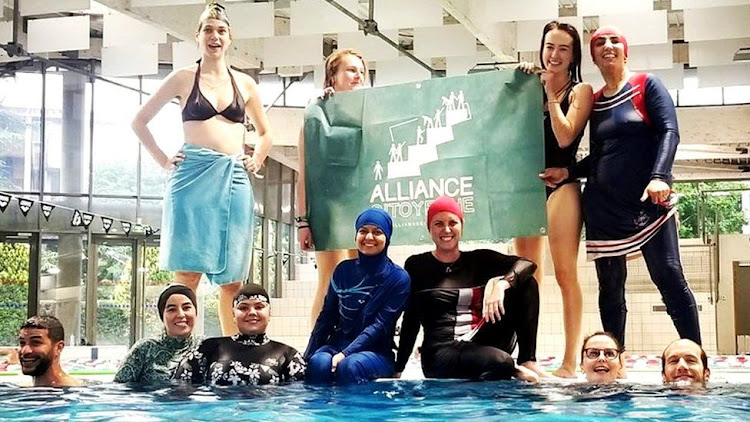 France's highest administrative court has upheld a ban on full-body "burkini" swimsuits in public pools, rejecting an appeal by the city of Grenoble.

Last month, Grenoble authorised all swimwear, including burkinis, sparking a legal battle with the government.

Burkinis are worn largely by Muslim women as a way of preserving modesty and upholding their faith.

But the court said it could not allow "selective exceptions to the rules to satisfy religious demands".

The dispute went all the way to the Council of State after a local court in Grenoble suspended the ban on the grounds that it seriously undermined the principle of neutrality in public services.

Interior Minister Gérald Darmanin also weighed in, describing the policy as an "unacceptable provocation" that was contrary to French secular values.

France has strict laws on which swimming costumes can be worn and the issue of religious expression in public places is divisive.

The ban on burkinis in state-run pools is also advocated for reasons of hygiene. Men are normally obliged to wear tight-fitting swimming trunks - another rule that Grenoble unsuccessfully attempted to overturn by permitting longer swimming shorts.

What is a burkini?

French opposition to the burkini stretches as far back as 2016, when several local municipalities attempted to outlaw it on beaches for violating the country's strict separation between religion and the state.

State officials are not allowed to wear religious emblems at work, but the mayor of Grenoble, Eric Piolle, argued that this should not stop users of public services, such as swimming pools, from dressing as they wish.

His administration's moves to relax the swimwear rules were opposed by the national government, which invoked a law passed last year to combat "Islamist separatism".

Critics of the burkini see it as offering a separatist vision of French society and argue that allowing it also puts pressure on Muslim women to wear it. Far-right leader Marine Le Pen has condemned the burkini as "clothing of Islamist propaganda".

However, those in favour of allowing it say women should have the choice to keep their bodies covered if they want to and that this does not imply religious extremism.