• The rise, the third since March, comes after inflation in the US surged unexpectedly last month.

• More hikes are expected, adding to the uncertainty facing the economy. 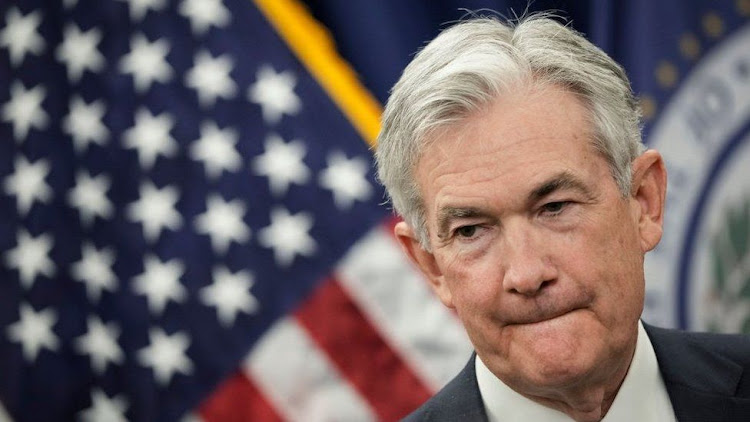 The head of the Federal Reserve is under pressure as price rises accelerate
Image: GETTY IMAGES

The US central bank has announced its biggest interest rate rise in nearly 30 years as it ramps up its fight to rein in soaring consumer prices.

The Federal Reserve said it would increase its key interest rate by three quarters of a percentage point to a range of 1.5% to 1.75%.

The rise, the third since March, comes after inflation in the US surged unexpectedly last month.

More hikes are expected, adding to the uncertainty facing the economy.

Forecasts released after the meeting showed officials expect the rate the Fed charges banks to borrow could reach 3.4% by the end of the year, the moves rippling out to the public in the form of higher borrowing costs for mortgages, credit cards and other loans.

As central banks around the world take similar steps, it marks a massive change for the global economy, where businesses and households have enjoyed years of low borrowing costs.

"That is a global environment that we've not been accustomed to in the past few decades, and that will represent ramifications for the business sector and for consumers throughout the world."

In the UK, where consumer prices jumped 9% in April, the Bank of England is expected to announce its fifth rate rise since December on Thursday, pushing its benchmark rate above 1% for the first time since 2009.

Brazil, Canada and Australia have also raised rates, while the European Central Bank has outlined plans to do so later this summer.

In the US, which slashed rates to support the economy when the pandemic hit in 2020, the Fed has already raised rates twice this year, by 0.25 percentage points in March and another half point in May.

But figures on Friday, which showed US inflation rising to 8.6% in May - the fastest pace since 1981 - pushed officials to move more aggressively, Mr Powell said at a press conference following this week's meeting.

"It is essential that we bring inflation down," he said, acknowledging that a 0.75 percentage point rise was "unusually large".

"Inflation has obviously surprised to the upside over the past year and further surprises could be in store," he said. "We therefore will need to be nimble." 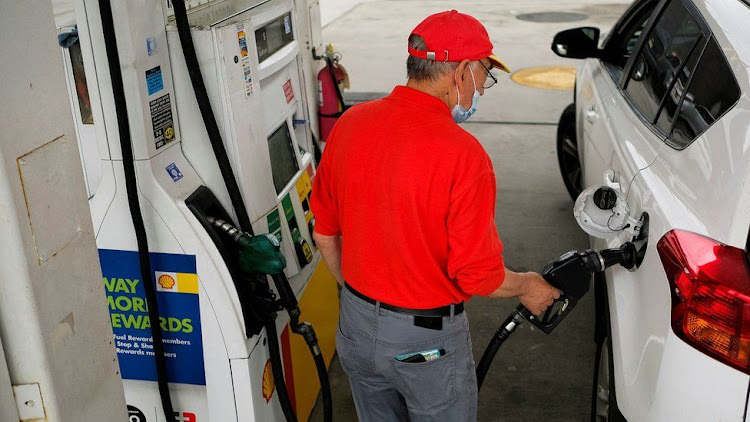 The average petrol price in the US has hit $5 a gallon, creating a political problem for President Joe Biden
Image: REUTERS

Many analysts say the Fed is struggling to catch up, after Mr Powell and others last year dismissed price rises as a temporary problem related to supply chain issues.

Since then, inflation has sharpened due to factors like the war in Ukraine and ongoing Covid-19 shutdowns in China.

Recent surveys suggest the public expects the problem will continue to worsen, despite the Fed's vows to act.

"The Fed is under the gun and facing an inflation credibility test," said economist David Beckworth, senior research fellow at the Mercatus Center at George Mason University.

The last time the Fed announced a rate hike of this size was 1994.

But by acting late, and now moving more aggressively to compensate, policymakers face a greater chance that their actions will induce an economic downturn, Mr Daco said.

"I'm increasingly worried," he added. "I wouldn't be surprised that around the turn of the year we face an environment where growth is stalling and we're pretty close to a recessionary environment, with the unemployment rate on the rise and no longer declining."

But projections released by the Fed show officials expect economic growth to slow to about 1.7% this year, a full percentage point lower than they forecast in March.

Officials also removed a line from their end of meeting statement - which typically shows little change - saying the labour market would remain strong as the Fed raised rates.

Mr Powell said the omission reflected the fact that many forces driving inflation - like the war in Ukraine - are out of the bank's control.

"So much of it is really not down to monetary policy," he said. "That just didn't seem appropriate anymore so we took it out."

With Wednesday's rise, the rate the Fed charges banks to borrow will return to where it was before the pandemic hit in 2020, remaining relatively low by historic standards.

But the increases are already having an impact.

Higher rates have helped to boost demand for dollars, sending the currency up 10% since the start of the year and putting other countries, especially emerging markets with large amounts of debt in dollars, under pressure.

In the US, financial markets have slipped, with the S&P 500, which tracks hundreds of America's biggest companies, losing a fifth of its value since the start of the year, as multinationals warn that inflation and the rise in the dollar is hurting their profits.

Mr Powell said gaining control of the price increases was essential to economic stability and progress would take time.

"At the end of the day, the outlook is very uncertain," Mr Beckworth said. "The Fed has to be at some level, lucky."