The panel has accused Mr Trump of an attempted coup to remain in power.

•Testimony from Bill Barr played at the 6 January Capitol riot inquiry revealed deep divisions in the Trump campaign over his election fraud claims.

•Two camps emerged - a "Team Normal" that accepted Mr Trump's loss, and loyalists who did not. 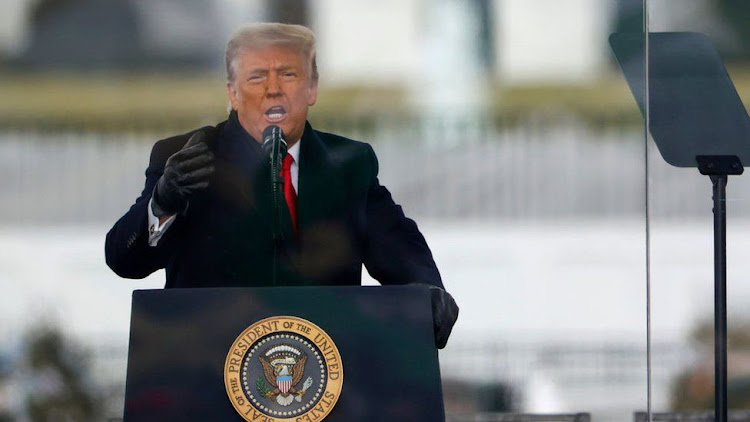 The former US attorney general says he thought Donald Trump was "detached from reality" after the 2020 election, a congressional panel has heard.

Testimony from Bill Barr played at the 6 January Capitol riot inquiry revealed deep divisions at the Trump campaign over his election fraud claims.

Two camps emerged - a "Team Normal" that accepted Mr Trump's loss, and loyalists who did not.

The panel has accused Mr Trump of an attempted coup to remain in power.

The second of a series of public hearings, Monday's session was preceded by the announcement that a star witness - Mr Trump's former campaign manager Bill Stepien - would not be appearing because his wife had gone into labour.

Instead, his lawyer gave a statement on his behalf and Mr Stepien's previous private testimony was publicly played by the Democratic-led US House of Representatives select committee.

In it, Mr Stepien revealed that members of Mr Trump's inner circle had advised him to not declare victory in the November 2020 election.

A faction of the campaign he dubbed "Team Normal" told the former president that he had lost the election, Mr Stepien said, but another group refused to accept the outcome.

It became known as "Rudy's team", after former New York Mayor Rudy Giuliani, who was among the most vocal of Mr Trump's supporters to claim the election was stolen.

Both Mr Stepien and another witness, former Trump adviser Jason Miller, testified that Mr Giuliani appeared to be inebriated on the night of the election.

Mr Miller said that even with results still coming in, Mr Giuliani suggested that Trump "go and declare victory and say that we'd won it outright".

Through a spokesman on Monday, Mr Giuliani denied that he was intoxicated on election night, saying he did not know why Mr Miller would "make such a false claim".

Among those who warned the then-president not to declare victory was former Attorney General Bill Barr, who in videotaped testimony said that he had repeatedly told Mr Trump there was no basis to claims of rigged voting machines or ballot "dumps" - which Mr Barr referred to as "crazy stuff".

Mr Trump, however, refused to acknowledge these concerns and continued to spread fraud claims, Mr Barr said. He testified that he was "demoralised" by his boss' claims.

The 6 January select committee is seeking to show that the ex-president's election fraud claims directly led to an attack on the US Capitol.

"He and his closest advisers knew those claims were false," California Democratic Representative Zoe Lofgren said, referring to Mr Trump. "But they continued to peddle them anyway".

The committee is scheduled to hold more hearings on Wednesday and Thursday later this week.