Last Friday night, Li was mid-way through his popular livestream show when it ended abruptly.

•Last Friday night, Li was mid-way through his popular livestream show when it ended abruptly.

•A commentator retorted: "Our own account will be in trouble just from us PM-ing you the photo. Who would dare to do it?" 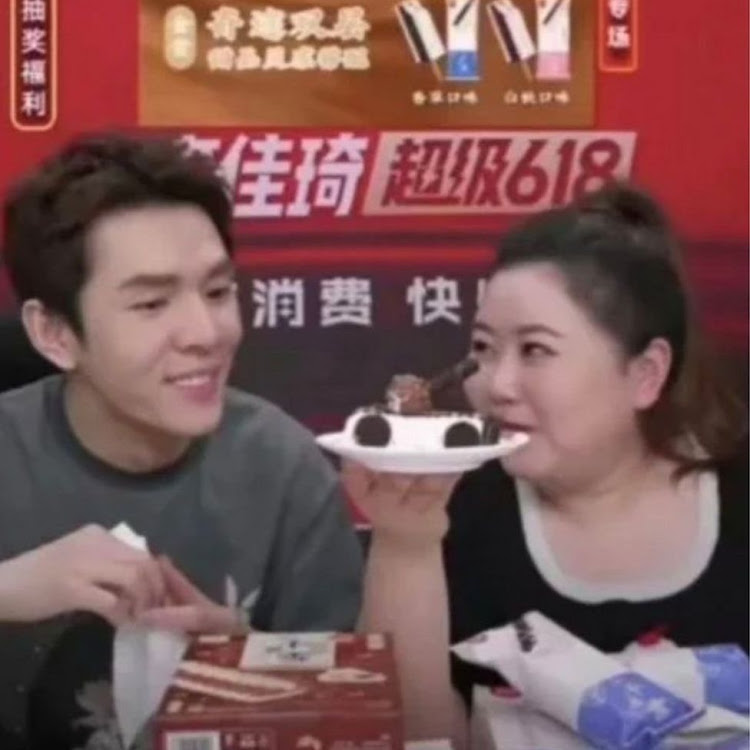 Li Jaiqi's livestream was cut short after he and his colleague presented a tank shaped cake.
Image: BBC

Generations of younger Chinese have grown up unaware of the 1989 Tiananmen Square massacre. But an internet scandal has raised questions about a subject the Chinese government has long tried to suppress.

Li Jiaqi is one of China's biggest internet celebrities with over 64 million followers. The live-streamer is an online salesman hawking wares from skincare to baby products, jewellery and make-up. He once sold 15,000 lipsticks in a single session, earning the nickname Lipstick King.

Last Friday night, Li was mid-way through his popular livestream show when it ended abruptly.

The 30-year-old, known for his smooth voice and K-pop idol looks, had just shown his audience a vanilla log cake while selling snacks.

The cake resembled a tank: it had Oreos for wheels and a wafer pipe resembling a cannon. And Li's show was on 3 June, the eve of the 33rd anniversary of the Tiananmen Square massacre.

The date is commemorated by Chinese around the world with candlelit vigils. It evokes images of tanks lined up to enter Tiananmen Square, where the military fired at thousands of pro-democracy activists who had been protesting for months.

The most famous image is perhaps the one of so-called Tank Man, which shows a civilian with shopping bags standing in front of a queue of tanks, attempting to block them. He was pulled away and it's not known what happened to him - or even who he was.

There is also no way to know how many people died that day - the estimates range between hundreds to 3,000.

Generations of Chinese have grown up without learning of the massacre - and many of those millennials and Gen Z-ers appeared to be among Li's audience on Friday and in the days after.

Li failed to return to his livestreaming show after the transmission was cut. Shortly after, he posted on his Weibo account saying he had merely faced technical issues.

But his continued absence - he has missed three shows so far during one of the year's biggest online shopping festivals - has only fuelled more questions and debate.

Some have cottoned on quickly as to why he was censored, while others are having a revelation.

"What does the tank mean?" a confused viewer asked.

Another said: "What could possibly be the wrong thing to say while selling snacks?"

Other users responded by advising those asking the questions to reach out to them through private messages. Still others used coded language to refer to Li's disappearance.

The discussion carried on through the weekend but by Monday, China's army of censors had caught up.

Li's profile no longer shows up in the search results of Taobao, the e-commerce platform where he streamed his show. All images of the tank-shaped ice cream cake have also been wiped off Chinese social media.

Those late to the discussion are now asking: "What was the shape of that cake? Can anyone PM [private message] me? I searched a lot but still failed to know the answer."

A commentator retorted: "Our own account will be in trouble just from us PM-ing you the photo. Who would dare to do it?"

Few online believe that Li was trying to make a political statement.

Given his celebrity status, he knew how to navigate political sensitivities and to steer clear of minefields, they said. And he had never expressed political beliefs before.

Some even argued that he was possibly among those who didn't know about the Tiananmen Square massacre.

Many of his loyal fans also wondered if the top livestreamer had been set up by competitors to take a political fall, and perhaps the cake was sneaked into the line-up of his show on Friday.

A clip circulating on social media, apparently of the moment before the cake is brought out, also shows Li expressing surprise over the announcement of a tank product.

A male assistant announces in the background that the team has a tank-shaped good to sell. Li laughs and says: "What? A tank?" His co-presenter then says: "Let's see if Li Jiaqi and I will still be here at 11pm."

They were taken off air shortly after 9pm.

One commentator wrote, "Wei Ya [another livestreamer] was gone. Li Jiaqi became the only one dominating (the business), so he's targeted."

Another said: "I think his team got a traitor, or other companies deliberately got him into trouble."

When Li returns to his show, it might snuff out the frenzied debate. But for now, the questions remain.

"Why he was immediately in trouble by showing that cake? Do we need to be this cautious about shapes? What happened to this country?" one Weibo user wrote.

But for others, the scandal has unearthed a dark chapter they knew little about.

"Thanks to Li, I now get to know that history," a Weibo user wrote.

China's plans to go to the Moon, Mars and beyond

In the past 10 years, China has launched more than 200 rockets.
News
7 months ago

Fear and paranoia driving US on Taiwan issue