•Paul Holmes, an assistant to Home Secretary Priti Patel, said he was "shocked and angered" by the revelations in the report.

•Conservative MPs can force a leadership contest if enough of them write letters of no confidence. 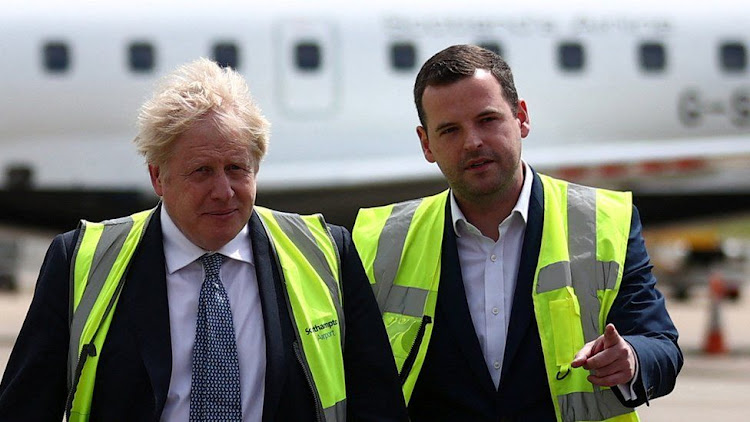 A Tory MP has quit as a ministerial aide over the "deep mistrust" created by Sue Gray's report on lockdown parties in Downing Street.

Paul Holmes, an assistant to Home Secretary Priti Patel, said he was "shocked and angered" by the revelations in the report.

He added his work for constituents had been "tarnished by the toxic culture that seemed to have permeated No 10."

In a statement, Mr Holmes said the controversy had taken a "great deal of time away" from government efforts to tackle the cost of living crisis.

In her report, senior civil servant Sue Gray said many events held during Covid restrictions "should not have been allowed" and the prime minister and his officials "must bear responsibility for this culture".

It also found "multiple examples of a lack of respect and poor treatment" of security staff and cleaners by officials when gatherings took place.

Mr Holmes said the findings over treatment of staff were "disappointing and unacceptable".

He wrote that they showed a "culture in No 10 that was distasteful" - but added he was glad that Prime Minister Boris Johnson had apologised over the treatment of staff.

"It is clear to me that a deep mistrust in both the government and the Conservative Party has been created by these events," he added.

He added his "distress" at the report's conclusions had led him to conclude he wanted to "focus solely" on being an MP.

Ms Gray's report follows a four-month Metropolitan Police inquiry that saw 126 fines issued to 83 people - including Mr Johnson, his wife Carrie and Chancellor Rishi Sunak - for events that took place in 2020 and 2021.

Four Conservative MPs have so far called on the PM to step down since the Gray report was published on Wednesday. Mr Holmes did not add his voice to their calls in his statement.

Before Mr Holmes announced his resignation, Mr Johnson told reporters on Friday he was confident he has enough support within his party to stay in post.

Conservative MPs can force a leadership contest if enough of them write letters of no confidence.

The BBC is aware of about 18 who have done so, well short of the 54 needed - although only Sir Graham Brady, chairman of the 1922 Committee of backbenchers, knows the exact number.

Elected as MP for Eastleigh, in Hampshire, at the 2019 general election, Mr Holmes has been a parliamentary private secretary to Ms Patel since September 2021.

The unpaid role is the bottom rung of the ministerial ladder, and is often seen as a way for newer MPs to gain experience of working in government.

Barron said the report painted "a shameful pattern of misbehaviour".
News
1 month ago

Some opponents have repeated their calls for Mr Johnson to quit.
News
1 month ago

All three apologised, but both the PM and Mr Sunak rejected calls to resign.
News
2 months ago
WATCH: The latest news from around the World
by BBC NEWS None
World
27 May 2022 - 17:00