Some opponents have repeated their calls for Mr Johnson to quit.

• She said the leadership in No 10 "must bear responsibility" for its culture. 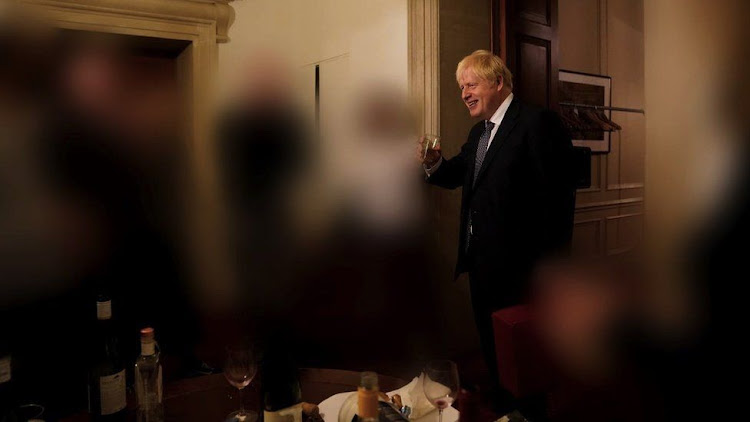 Speaking generally of the partygate report, Mr Johnson said he takes "full responsibility for everything that took place on my watch" and has learned lessons.
Image: SUE GRAY REPORT/BBC

Boris Johnson has insisted he will remain as prime minister despite the "bitter and painful" judgement of a report into parties held in Downing Street during Covid restrictions.

She said the leadership in No 10 "must bear responsibility" for its culture.

Some opponents have repeated their calls for Mr Johnson to quit.

However in a press conference on Wednesday, the prime minister ruled out resigning, saying: "I've got to keep moving forward."

Labour leader Sir Keir Starmer had earlier called on Conservative MPs to remove him, saying it was time for Mr Johnson "to pack his bags".

Addressing the Commons, Mr Johnson said he took "full responsibility for everything that took place on my watch", had been "humbled" and learned lessons.

He told MPs that when he had previously said "the rules and guidance had been followed at all times", it had been "what I believed to be true".

He said he had attended events to wish staff who were leaving farewell and his attendance had not been found to be outside the rules.

"But clearly this was not the case for some of those gatherings after I had left and at other gatherings when I was not even in the building," he added.

Mr Johnson said he had been "shocked" and "appalled" by some of Ms Gray's findings, especially over the treatment of security and cleaning staff.

At the press conference later on Wednesday, he said a lot of the report which he had only seen for the first time on Wednesday had been "news to me". 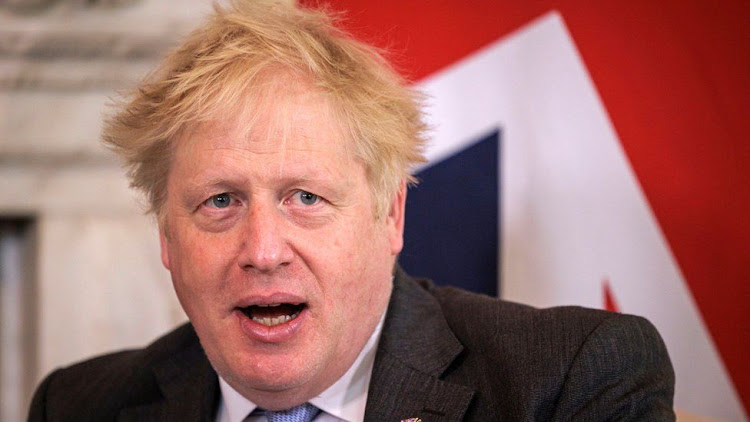 In her 37-page report, Ms Gray was critical of what was going on in No 10 during Covid restrictions, including a "bring-your-own-booze" party in May 2020 and a surprise birthday celebration for Mr Johnson the following month.

One gathering not fully investigated by Ms Gray, was a reported party in the prime minister's flat which she said she was only able to gather "limited" evidence about.

She stopped her inquiry into the 13 November 2020 gathering, which took place after the departures of aides Lee Cain and Dominic Cummings, after the police started its investigations. But once the police investigation finished Ms Gray "concluded it was not appropriate or proportionate" to carry out further inquiries.

Speaking in the Commons, Labour's Sir Keir, who is himself being investigated by police over his own lockdown event, said the report "laid bare the rot" in No 10 and called on Tory MPs to tell Mr Johnson that the "game is up."

Senior Tory backbencher Tobias Ellwood, a prominent critic of Mr Johnson, challenged him over the "damning report" which he said revealed an "absence of leadership, focus and discipline in No 10".

He asked fellow Conservative MPs: "Are you willing day in and day out to defend this behaviour publicly?"

And Liberal Democrat leader Sir Ed Davey said: "Any other PM would be forced to resign by a report as damaging as this, yet still Conservative MPs defend Johnson and allow him to cling on."

But at the press conference the prime minister said: "I understand why people are indignant and why people have been angry at what took place."

Pressed on whether he had ever considered resigning, he responded: "I overwhelmingly feel it is my job to get on and deliver.

According to a Tory source, at a meeting of the Conservative backbench group the 1922 Committee the prime minister later ruled out imposing a drinking ban in Downing Street, saying that "decompressing" at the end of a long working day should not mean "checking out at 4am absolutely legless, having been rude to a member of staff, having thrown up over a sofa".

He denied lying to Parliament over lockdown parties but admitted he had not been correct when saying the rules had been followed at all times.

The publication of Ms Gray's findings follows the conclusion last week of a separate Metropolitan Police investigation last week into lockdown parties in Downing Street and on other government premises.

Eighty-three people were given a total of 126 fines for breaking Covid laws, including Mr Johnson, his wife Carrie and Chancellor Rishi Sunak.

The prime minister is also under investigation by the Commons Privileges Committee over claims he misled Parliament over lockdown parties.