In February the company warned that "regulatory headwinds" were likely to cut into future growth.

• Meta says it is also providing more details about the types of third parties with whom it shares and receives information, and how data is shared between its products.

• The changes, which come into effect on 26 July, are, Meta says, an attempt to reconcile a desire to reduce the complexity of policies. 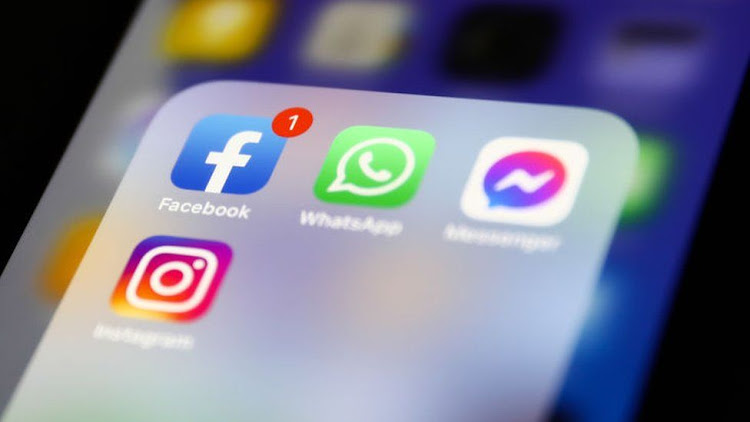 Meta says the changes are designed to make it easier to understand how customers' information is used.

The company has previously been criticised by regulators and campaigners over its use of customers' data.

WhatsApp and some other products are not covered by the update.

Meta says the changes won't allow it to "collect, use or share your data in new ways".

There are, however, two changes to the way that users can control how their information is processed.

A new setting will give people more control over who can see their posts by default. And existing controls over which adverts users can see are consolidated into a single interface.

The company is also updating its terms of service.

Michel Protti, Meta's chief privacy officer, said in a blog post it wanted "to better explain what is expected from us and those who use our platforms".

He said that would include when the company may disable or terminate accounts, and extra details about what happens when an account is deleted.

Meta says it is also providing more details about the types of third parties with whom it shares and receives information, and how data is shared between its products. 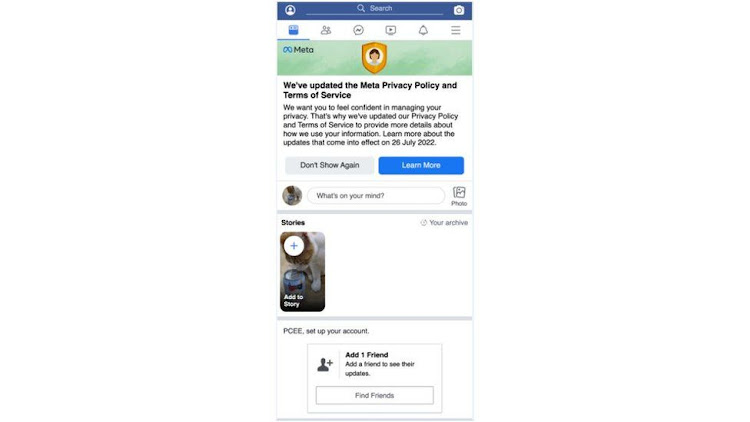 An example notification of the new policy
Image: META

Users do not need to do anything in response to the policy updates to keep using Meta products, but the company says people who do not want to accept the changes "are free to leave our services".

The changes, which come into effect on 26 July, are, Meta says, an attempt to reconcile a desire to reduce the complexity of policies, while facing "more demand from regulators and in privacy legislation to be more comprehensive".

Meta has faced increasing scrutiny from regulators over how it handles and safeguards user data.

In February the company warned that "regulatory headwinds" were likely to cut into future growth.

On Monday this week, Karl Racine, the US District of Columbia's attorney general, launched a case against Meta chief executive Mark Zuckerberg over allegations linked to the 2016 Cambridge Analytica scandal.

Meta has so far declined to comment on the case.

Stephanie Hare, author of Technology Is Not Neutral: A Short Guide to Technology Ethics, said the effort to provide greater transparency was commendable - but most users would simply click through and move on.

"So who is this really for - users or another audience eg regulators?" she asked.

"This is Meta moving to technology realpolitik.

"Their bet is that most users have accepted this bargain - they have priced in a privacy trade-off for social connection, convenience, fun and business - so this announcement functions to neutralise criticism about surveillance capitalism."

And the approach shifted accountability "on to users and the regulators - 'Users, it is your choice to participate in this transaction. And regulators, the ball is in your court to enforce the laws in your jurisdiction.'"

These four titles bring the Netflix catalog to 22 games.
Sasa
2 months ago
WATCH: The latest news from around the World
by BBC NEWS None
World
26 May 2022 - 22:04