Investigators say the suspect was armed with a handgun, an AR-15 semi-automatic rifle and high-capacity magazines.

• The 18-year-old gunman opened fire at Robb Elementary School in the city of Uvalde before he was killed by law enforcement, officials said.

• Investigators say the suspect was armed with a handgun, an AR-15 semi-automatic rifle and high-capacity magazines. 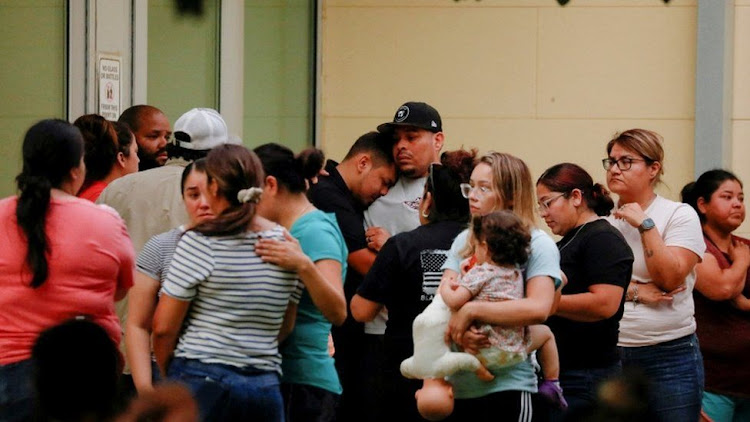 Nineteen young children and two adults have died in a shooting at a primary school in south Texas.

The 18-year-old gunman opened fire at Robb Elementary School in the city of Uvalde before he was killed by law enforcement, officials said.

Investigators say the suspect was armed with a handgun, an AR-15 semi-automatic rifle and high-capacity magazines.

The teenager is suspected of shooting his grandmother at the start of the rampage.

Local media report he may have been a high school student in the area.

Uvalde Consolidated Independent School District Chief of Police Pete Arredondo said the shooting began at 11:32 local time on Tuesday, and that investigators believe the attacker "did act alone during this heinous crime".

Texas Governor Greg Abbott said the shooter, whom he named as Salvador Ramos, abandoned a vehicle before entering the school to "horrifically, incomprehensibly" open fire.

One of the adults killed was a teacher, who has been named in US media as Eva Mireles. Her page on the school district's website said she has a daughter in college and loved running and hiking.

Just under 500 pupils are enrolled in the predominantly Hispanic school around 85 miles (135km) west of the city of San Antonio.

The Associated Press news agency reports that a US Border Patrol official who was nearby when the shooting began rushed into the school and shot and killed the gunman, who was behind a barricade.

Border Patrol is a federal agency that guards US ports of entry. Uvalde, which is fewer than 80 miles from the border with Mexico, is home to a Border Patrol station.

Two border agents were reportedly shot in an exchange with the gunman. One agent was shot in the head, officials say, adding that both were now in a stable condition in hospital.

The Uvalde Memorial Hospital posted on Facebook earlier that 13 children had been taken to hospital "via ambulances or buses".

A 66-year-old woman and a 10-year-old girl were in a critical condition at a hospital in San Antonio, University Health hospital officials say.

Just a few blocks from the Robb Elementary school, a small vigil was held for the victims and survivors of the attack.

Karla Bohman's voice cracked as she told the group about a family friend whose young daughter, a student at the school, was among those still unaccounted for.

"They don't know if she's in surgery or one of the fatalities, but they know she's a victim of some sort because she's missing," Bohman cried. "I can't believe this."

Cheryl Juhasz, a lifelong resident of Uvalde, quietly wept during the prayer.

"You can't comprehend evil like this. No matter where it happens, but it's harder when it happens at home."

In a speech from the White House, US President Joe Biden said he was "sick and tired" of responding to mass shootings, as he called for gun control.

"How many scores of little children who witnessed what happened - see their friends die, as if they're in a battlefield, for God's sake," he said. "They'll live with it the rest of their lives."

He ordered that flags at the White House and other US federal buildings be flown at half-mast in honour of the victims in Uvalde.

The last day of classes for students in the school district was scheduled for Thursday. But all classes and activities have now been cancelled for the remainder of the year. 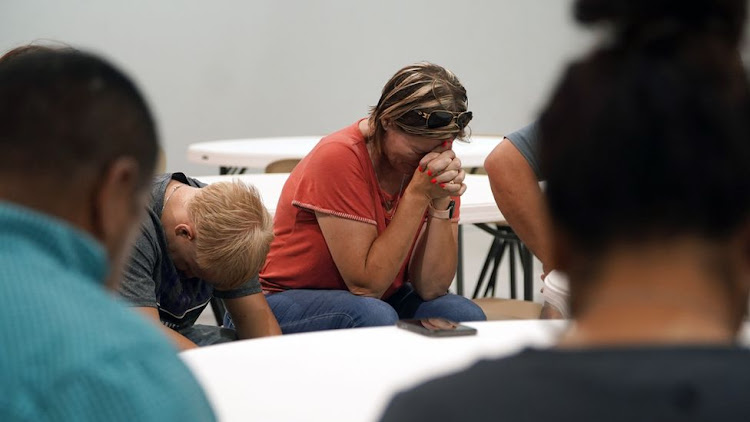 School shootings have become recurring emergencies in the US, with 26 recorded last year, according to EdWeek, an education trade publication.

Active shooter lockdown drills are a common part of the school curriculum, from primary to high school.

The 2012 shooting at Sandy Hook Elementary School in Connecticut was the deadliest such attack. Twenty of the 26 victims were between the ages of five and six.

Speaking on the floor of the US Senate in Washington DC on Tuesday, Connecticut Democratic Senator Chris Murphy begged his colleagues to pass gun control legislation.

"These kids weren't unlucky," he said. "This only happens in this country. Nowhere else, nowhere else do little kids go to school thinking that they might be shot that day."

But Texas Senator Ted Cruz, a Republican, rejected the calls for gun control. He said restricting the rights of "law-abiding citizens... doesn't work. It's not effective. It doesn't prevent crime."

Guns overtook car crashes to become the leading cause of death for US children and teenagers in 2020, according to data released by the Centers for Disease Control and Prevention (CDC) last month.

On Monday, an FBI report found that "active shooter" rampage attacks have doubled since the coronavirus began in 2020.