Both countries said they identified one infected person who had recently travelled.

•Both countries said they identified one infected person who had recently travelled, but Israel said it was investigating other suspected cases.

•More than 80 cases have been confirmed in the recent outbreak in Europe, the US, Canada and Australia. 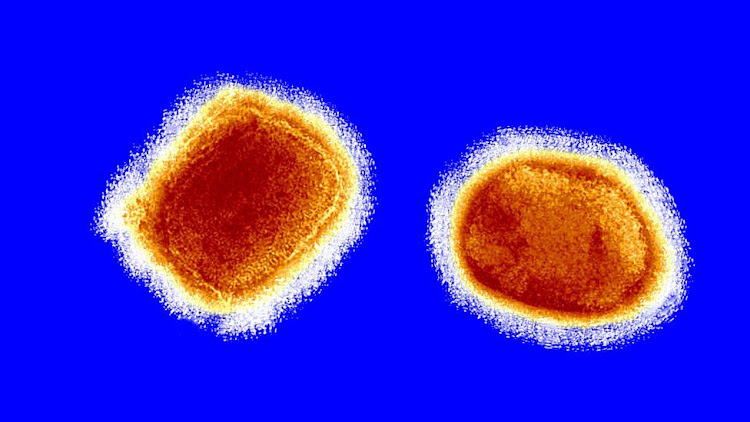 Israel and Switzerland are the latest countries to confirm cases of monkeypox, bringing the total number of nations reporting outbreaks to 14.

Both countries said they identified one infected person who had recently travelled, but Israel said it was investigating other suspected cases.

More than 80 cases have been confirmed in the recent outbreak in Europe, the US, Canada and Australia.

Monkeypox is most common in remote parts of Central and West Africa.

This outbreak has taken scientists by surprise, but monkeypox does not tend to spread easily between people and the risk to the wider public is said to be low.

The illness is usually mild and most people recover in a few weeks, according to the UK's National Health Service.

The World Health Organization has said another 50 suspected cases are being investigated - without naming the countries involved - and warned that more infections are likely to be confirmed.

Asked about the outbreak as he finished a visit to South Korea, US President Joe Biden said that if the virus were to spread more widely it would be "consequential", adding that "it is something that everybody should be concerned about".

He said the US was "working hard" on its response and what vaccines it might use.

After the outbreak was first identified in the UK, the virus began to be detected across Europe - with public health agencies in Spain, Portugal, Germany, Belgium, France, the Netherlands, Italy and Sweden all confirming cases.

The UK Health Security Agency has identified 20 cases so far and its chief medical adviser Dr Susan Hopkins told the BBC's Sunday Morning programme: "We are detecting more cases on a daily basis."

She said the virus is now spreading in the community - with cases detected which have no contact with anyone who has visited West Africa, where the disease is endemic.

But the risk to the general population remains "extremely low", with cases so far mostly found in some urban areas and among gay or bisexual men, Dr Hopkins said.

Although there is no specific vaccine for monkeypox, several countries have said they are stocking up on smallpox vaccines, which are about 85% effective in preventing infection because the two viruses are quite similar.

In a statement on Friday, the WHO said that the recent outbreaks were unusual in that they were occurring in countries where the disease was not endemic.

It is not yet clear why this unexpected outbreak is happening now.

One possibility is that the virus has changed in some way, although currently there is little evidence to suggest this is a new variant.

Another explanation is that the virus has found itself in the right place at the right time to thrive.

Monkeypox may also spread more easily than it did in the past, when the smallpox vaccine was widely used.

The WHO's regional director for Europe, Hans Kluge, has warned that "transmission could accelerate" during the summer season, as people gather for festivals and parties.

In addition to the European cases, Australia has confirmed that one man who had travelled to the UK contracted the virus.

In North America, health authorities in the US state of Massachusetts said one man who recently travelled to Canada had tested positive for the virus.

Canada's Public Health Agency said it had identified two cases in Quebec, but said it was not clear if the US traveller had been infected before or during his visit to Montreal.