The case is a man in his 30s who had returned from a trip in western Europe.

•The case is a man in his 30s who had returned from a trip in western Europe.

•He did not give details of the vaccine but the smallpox vaccine can also protect against monkeypox. 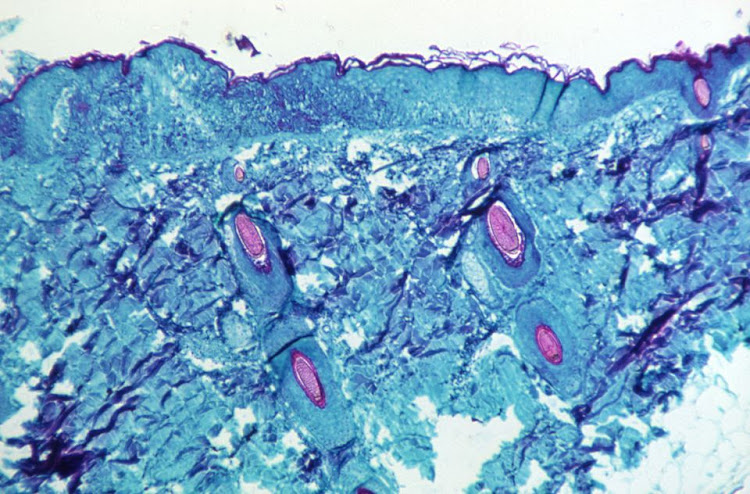 A section of skin tissue, harvested from a lesion on the skin of a monkey, that had been infected with monkeypox virus,

Israel on Saturday (May 21) reported its first confirmed case of monkeypox, which officials expected would be contained.

The case is a man in his 30s who had returned from a trip in western Europe, according to the Tel Aviv Sourasky Medical Center - Ichilov, where he is quarantined and in mild condition.

Health Minister Nitzan Horowitz said a few hundred vaccines, mainly for medical staff treating potential patients, may be purchased in order to prevent further infection. "This is not a pandemic, it's nothing like coronavirus," he told N12 News.

He did not give details of the vaccine but the smallpox vaccine can also protect against monkeypox.

Monkeypox is an infectious disease that is usually mild, and is endemic in parts of west and central Africa. It is spread by close contact, which means it can be relatively easily contained through such measures as self-isolation and hygiene once a new case is identified.

The recent outbreak in more than 10 other countries where it is not endemic is highly unusual, according to scientists. More than 100 confirmed or suspected cases have been reported, most of them in Europe.

The case is a man in his 30s who had returned from a trip in western Europe.
News
8 months ago

WHO calls emergency meeting as monkeypox cases top 100 in Europe

Germany says biggest outbreak ever in Europe.
News
8 months ago

Infections have been confirmed in nine European countries, as well as the US.
News
8 months ago

Ten killer viruses that pose the most "urgent" threat to humanity have been revealed by concerned experts. The World Health Organization has ...
News
4 years ago

Initial symptoms include fever, headaches, swellings, back pain, aching muscles and a general listlessness.
News
8 months ago
“WATCH: The latest videos from the Star”
Post a comment
WATCH: The latest news from around the World
by REUTERS Reuters
World
22 May 2022 - 11:07
Read The E-Paper