Ms Vasquez, 37, has become an unlikely - and unwitting - co-star of the show, gaining fans for her sharp legal style.

• She's been an associate at Brown Rudnick, the high-profile law firm contracted by Johnny Depp to represent him in his $50m (£40m) defamation case against Ms Heard.

• Ms Vasquez's spirited defence of Mr Depp has also made her a topic of discussion within the #MeToo movement against sexual abuse and harassment. 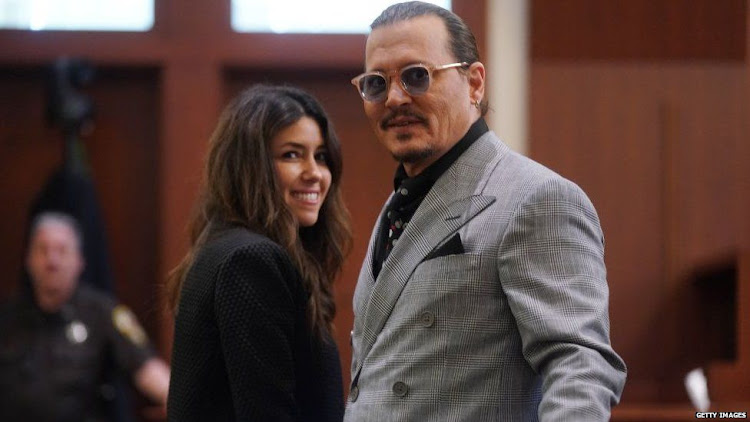 Millions of viewers across the globe tune in to watch the legal battle between Hollywood heavyweights Johnny Depp and Amber Heard, and as the drama unfolds, a new star has stepped into the spotlight: Mr Depp's lawyer, Camille Vasquez.

The young lawyer from California has caught the attention of millions amid the defamation trial her client brought against his ex-wife.

Ms Vasquez, 37, has become an unlikely - and unwitting - co-star of the show, gaining fans for her sharp legal style.

T-shirts adorned with her name and hashtags praising her are making the rounds of social media.

A two-minute-long video of Ms Vasquez repeatedly interrupting Ms Heard's attorney to "object" - a legal term used to lodge a formal protest in court - has amassed well over 27 million views on TikTok in just a few days.

The viral clip has even prompted parodies across social media, in which users "object" to their friends and family in conversation. Collectively, TikTok videos using the hashtag #CamilleVasquez has amassed hundreds of millions of views.

"I am still a Johnny Depp fan," reads one of the many tweets about her. "But I am also now a die-hard Camille Vasquez fan". 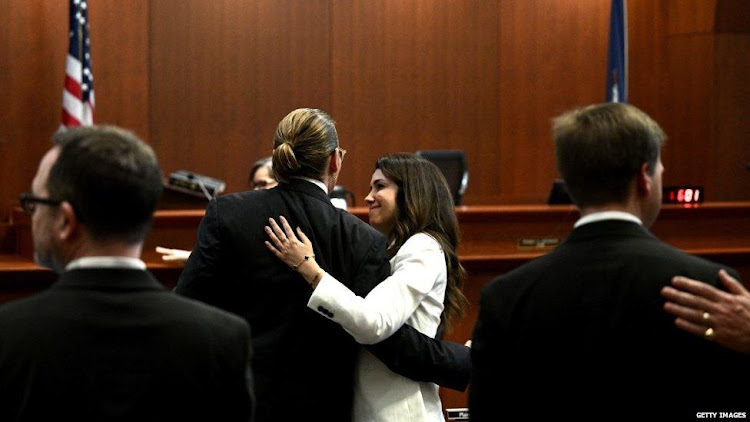 So, who is the attorney that's caught the eye of court watchers?

Born in San Francisco to Cuban and Colombian parents, Ms Vasquez is a 2006 graduate of the University of Southern California and in 2010 graduated from Southwestern Law School in Los Angeles.

For the last four years, she's been an associate at Brown Rudnick, the high-profile law firm contracted by Johnny Depp to represent him in his $50m (£40m) defamation case against Ms Heard. She is one of nine attorneys from the firm involved in the trial.

In 2021, she was named one of Best Lawyer magazine's 'One to Watch' attorneys.

She specialises in litigation and arbitration, with a focus on representing the plaintiffs in defamation cases - as she is doing for Mr Depp.

To her newfound supporters, however, Ms Vasquez is perhaps best known for her many objections and for a series of tense exchanges with Ms Heard.

Over two days of cross-examination, Ms Vasquez sought to cast doubt on Ms Heard's account of her troubled marriage to Mr Depp in the hopes that jurors will see inconsistencies in her claims.

"You're the one who assaulted someone with a bottle in Australia, isn't that right, Ms Heard?" Ms Vasquez asked in one exchange referencing a chaotic 2015 fight in Australia, in which Ms Heard alleges that Mr Depp sexually assaulted her with a bottle. "You weren't scared of him at all, were you?"

Other memorable court moments have included Ms Vasquez questioning Ms Heard about the fate of $7m previously pledged to charity, accusing her of editing photos of herself with bruises, and, in one case, suggesting that she partly owes her box office success to Mr Depp.

"Johnny Depp got you that role in Aquaman, didn't he?" Ms Vasquez asked.

Role model - or not?

Ms Vasquez's spirited defence of Mr Depp has also made her a topic of discussion within the #MeToo movement against sexual abuse and harassment.

Some critics have accused her of not believing Ms Heard's claims or discrediting her allegations of abuse.

"Shout out to Camille Vasquez for single-handedly setting feminism back 50 years in less than two hours," one Twitter user said. "History won't remember you kindly."

Her supporters, on the other hand, have championed her standing up for the rights of male victims of domestic violence and as a potential role model.

Whether or not Ms Vasquez's popularity among supporters of Mr Depp translates to courtroom success, however, remains to be seen.

"It's hard to know whether public reaction online is the same that individual jurors are having," Halim Dhanidina, a defence attorney and former judge, told the Daily Beast.

Mr Dhanidina, however, said that Ms Vasquez's popularity suggests that the trial is an "uphill battle" for Ms Heard.

"The public is not liking you - and even likes Johnny Depp's lawyer more," he said. "That has to mess with your head a little."

The case was brought after an article by Heard in which she claimed to be a victim of domestic abuse.
Sasa
2 months ago

Amber Heard has denied leaving faeces in her marital bed

She insisted the idea of such a prank was "disgusting".
Sasa
1 month ago
WATCH: The latest news from around the World
by BBC NEWS None
World
21 May 2022 - 11:18