Shanghai aims for return to normal life from Jun 1

•Shanghai officials declared the city's epidemic under control but they also said their goal until May 21. 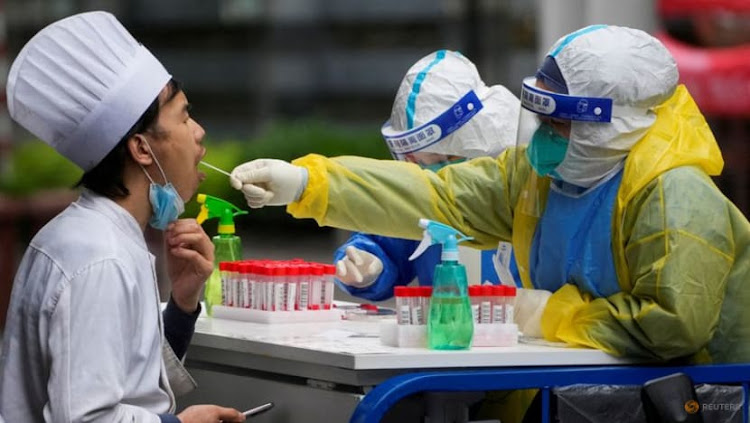 A medical worker in a protective suit collects a swab sample from a chef for nucleic acid testing, during lockdown, amid the COVID-19 pandemic, in Shanghai, China, May 13, 2022
Image: REUTERS

Shanghai aims to reopen broadly and allow normal life to resume from Jun 1, a city official said on Monday (May 16), after declaring that 15 of its 16 districts had eliminated cases outside quarantine areas.

Deputy Mayor Zong Ming, speaking at a daily online news conference, gave the clearest timetable yet for a return to normal for the city's 25 million people who have been frustrated by more than six weeks of lockdowns and inconsistent messaging as to when they can resume their lives.

Shanghai officials declared the city's epidemic under control but they also said their goal until May 21 would be to prevent a rebound in infections, meaning many curbs will remain in place.

The city plans to gradually increase domestic flights and rail services, and from Monday will begin reopening supermarkets, convenience stores and pharmacies.

Shanghai's lockdown, along with COVID-19 curbs in numerous other Chinese cities, have battered the world's second-largest economy and disrupted global supply chains.

Economic activity cooled sharply in April as widening COVID-19 lockdowns took a heavy toll on consumption, industrial production and employment, adding to fears that the economy could shrink in the second quarter.

China's statistics bureau on Monday said it expects China's economy to improve in May and that a recovery in consumption would quicken.

This will enable users track their health and fitness data across several platforms.
News
8 months ago

A waffle is a cake-like dish that is made from leavened dough that is cooked between two plates.
Sasa
8 months ago

How to call more than 20 people via WhatsApp

The messaging platform has extended the calling feature further to 32 contacts.
Sasa
8 months ago

Bolognese sauce is made up of a meat-based tomato sauce served with spaghetti.
Sasa
8 months ago

Buffalo Mayor said the suspect arrived intending to take "as many black lives as possible".
News
8 months ago