• He told Sauli Niinistö there was no threat to Finland's security.

• The exchange came during a phone call made by the Finnish president, ahead of a formal request which Finland is expected to announce very soon. 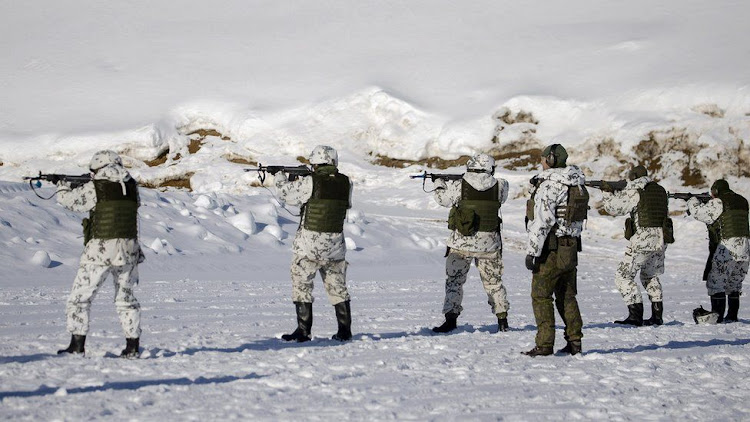 Russian President Vladimir Putin has warned his Finnish counterpart that joining Nato and abandoning Finland's neutral status would be a "mistake".

He told Sauli Niinistö there was no threat to Finland's security.

The exchange came during a phone call made by the Finnish president, ahead of a formal request which Finland is expected to announce very soon.

Sweden has also indicated its intention to join the Western alliance, following Russia's invasion of Ukraine.

Finland shares a 1,300-km (810-mile) border with Russia. Until now, it has stayed out of Nato to avoid antagonising its eastern neighbour.

Mr Putin did not make a specific threat of retaliation over Finland's move, but the Russian foreign ministry has indicated there will be retaliation.

Russia's decision to suspended electricity supplies to Finland is being seen as an early sign, however.

In its statement, Russian energy supplier RAO Nordic said it would suspend deliveries of electricity to Finland mentioned problems with payments.

He said Russian imports accounted for around 10% of national supply, adding that they could be replaced from alternative sources.

Following the phone call between Mr Niinistö and Mr Putin on Saturday, the Kremlin said the Russian leader had stressed the "end of the traditional policy of military neutrality would be a mistake since there is no threat to Finland's security".

It added: "Such a change in the country's political orientation can have a negative impact on Russian-Finnish relations developed over years in a spirit of good neighbourliness and co-operation between partners."

Mr Niinistö said he had told Mr Putin how recent moves by Russia, along with the invasion of Ukraine, "have altered the security environment of Finland".

"The conversation was direct and straight-forward and it was conducted without aggravations. Avoiding tensions was considered important," he said.

Nato, a Western military alliance, was founded in part to ward off threat from the Soviet Union in 1949.

President Putin has mentioned Ukraine's intention to join the alliance as one of the reasons for the invasion of its neighbour.