Coleen Rooney: My online post was a last resort

Mrs Rooney said she had tried in vain to bring the matter to a close before arriving at court.

•Mrs Rooney appeared in the witness box for the first time on day four of the libel case, brought by Mrs Vardy.

•In a written witness statement, Mrs Rooney said she had tried in vain to bring the matter to a close before arriving at court. 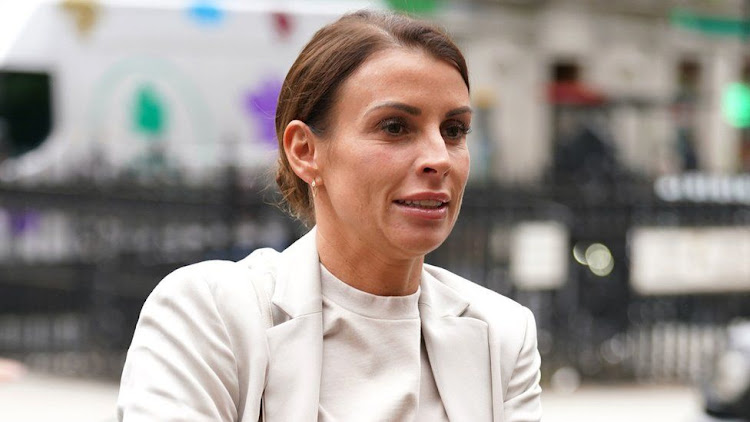 Coleen Rooney is being sued for libel by Rebekah Vardy
Image: BBC

Coleen Rooney has told the High Court her online post alleging Rebakah Vardy leaked private stories about her to the Sun newspaper was a "last resort".

Mrs Rooney appeared in the witness box for the first time on day four of the libel case, brought by Mrs Vardy.

She told the court she was "surprised" by "how much interest" her so-called Wagatha Christie social media post caused back in 2019.

She said it was never her "intention" for Mrs Vardy to receive abuse.

"It's not in my nature to cause abuse or trolling in any nature," she said.

In the trial, Mrs Rooney is being sued for libel by Mrs Vardy, for alleging she leaked personal stories to the Sun newspaper, which she denies.

It centres on a viral social media post from October 2019, in which Mrs Rooney said she had carried out a sting operation to find out who had been passing private information about her life to the Sun newspaper.

Mrs Rooney claimed, in a now famous post online, that she had clamped down on her privacy settings so that the only account that could have seen three fake stories she had posted - which later appeared in the tabloid - belonged to Mrs Vardy.

Mrs Rooney is the wife of ex-footballer Wayne Rooney and Mrs Vardy is the wife of striker Jamie. The fake stories Mrs Rooney planted on her Instagram featured her planning to return to TV, travelling to Mexico for a "gender selection" procedure and the basement flooding at her home.

She was questioned by Mrs Vardy's barrister, Hugh Tomlinson QC, who asked what she set out to achieve with the widely shared post.

She replied: "I wasn't achieving anything, what I wanted was to stop the person who was leaking my private information to The Sun," adding that sories "no matter how big or small" about her and her family had been "picked up by the media for 20 years".

She noted how Mrs Vardy, whose husband Jamie played with her own husband Wayne for the England football team, was "not in my circle".

Mrs Rooney said that when her name appeared in the press, it was "a regular occurrence" afterwards that she was then messaged by Mrs Vardy.

"I felt like when she contacted me it was to try and get information out of me," she added.

She said Mrs Vardy's messages were "generally nice", but added that "towards the end its was a bit unusual" that "someone who was not that close to me [would be] constantly checking in with me all the time."

When asked if she might have tried to mitigate any online abuse with another social media post, she replied: "Maybe I would have liked to have" done but with little knowledge of the legal system decided to follow "instruction of my legal team".

In a written witness statement, Mrs Rooney said she had tried in vain to bring the matter to a close before arriving at court.

"I have sought to resolve this matter amicably on various occasions because I was of the view that the time, money, resources and efforts involved could be better spent elsewhere, particularly in light of the Covid-19 pandemic," she stated.

"However, the efforts I made in May 2020, prior to proceedings being issued, in October 2020, after I had filed my defence, and in January 2021, during a stay in the proceedings, were all in vain.

"I have no doubt that this litigation, whatever the outcome, will benefit neither Becky nor myself."

Earlier on Friday, under re-examination from her own barrister, Mrs Vardy broke down in tears once again, as she has done on two previous days.

Mrs Vardy told the High Court she sent "personal messages" to Peter Andre and his partner about a "shameful" interview she gave to the News of the World in 2004.

She called the article one of her "biggest regrets".

Mrs Vardy was questioned about the article earlier this week in cross examination by Mrs Rooney's barrister David Sherborne.

Speaking on Friday she said: "There's a lot of things in there that did not come out of my mouth that were misrepresented in the circumstances around that article I'm deeply sorry for.

'Didn't do anything wrong'

"It's shameful reading that, and one of my biggest regrets."

Mr Andre responded himself online after the story resurfaced to say he had taken "hit after hit" for 15 years.

On Thursday Mrs Vardy appeared to accept that her agent Caroline Watt leaked information from Mrs Rooney's private Instagram account to a newspaper, but denied it was "new" information.

She felt like she had been "bullied and manipulated" while facing cross examination; and also that she pressed on with legal action despite a letter from Mrs Rooney's solicitors which she perceived as a "threat" because she "didn't do anything wrong".

Rooney wants to join Solskjaer’s bench when he retires

Vardy 'had no choice' but to bring libel case, court told

Mrs Vardy's lawyer Hugh Tomlinson said she needed to "establish her innocence.
News
1 week ago
WATCH: The latest news from around the World
by BBC NEWS None
World
13 May 2022 - 17:12