Most of the heavy weapons Nato countries have sent to Ukraine so far are Soviet-built arms, but the US and some other allies have started to supply Kyiv with Western howitzers 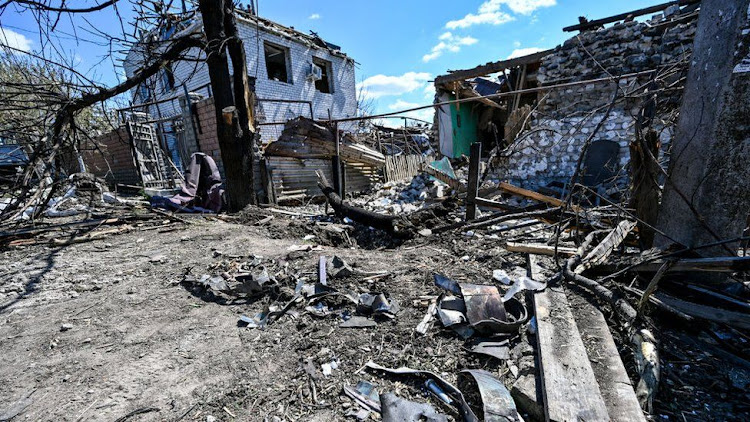 The city of Zaporizhzhia took in many people fleeing besieged Mariupol, but was also shelled itself
Image: BBC/GETTY IMAGES

The German government has come under pressure from European allies for being slow off the mark in providing Ukraine with weapons and it was only at the end of last month that it announced its first delivery, comprising Gepard tanks.

Most of the heavy weapons Nato countries have sent to Ukraine so far are Soviet-built arms, but the US and some other allies have started to supply Kyiv with Western howitzers.

The heavy artillery systems being sent to Ukraine are called Panzerhaubitze 2000, and the German military describes them as among the most modern in the world, so 20 Ukrainian soldiers will need to have training before they're sent.

Germany only has a few dozen howitzers in a combat-ready state and the seven being sent to Ukraine will come from maintenance stock.

Other developments in summary

The sanctions bar the targeted individuals from entering Russia indefinitely.
News
8 months ago

The UAE has not put sanctions on Russia or criticised its invasion of Ukraine.
News
8 months ago

Russia denies it plans to declare war on May 9

Kremlin spokesman Dmitry Peskov, however, said there was no truth to the rumours "at all".
News
8 months ago
WATCH: Latest videos on Russia Ukraine war
Post a comment
WATCH: The latest news from around the World
by BBC NEWS None
World
06 May 2022 - 12:00
Read The E-Paper