South Africa, which has vaccinated 30% of its population, also looks set to experience a fifth wave of infections.

•Aspen's agreement to sell an Aspen-branded COVID-19 vaccine, Aspenovax, throughout Africa seemed like a sure bet.

•South Africa, which has vaccinated 30% of its population, also looks set to experience a fifth wave of infections. 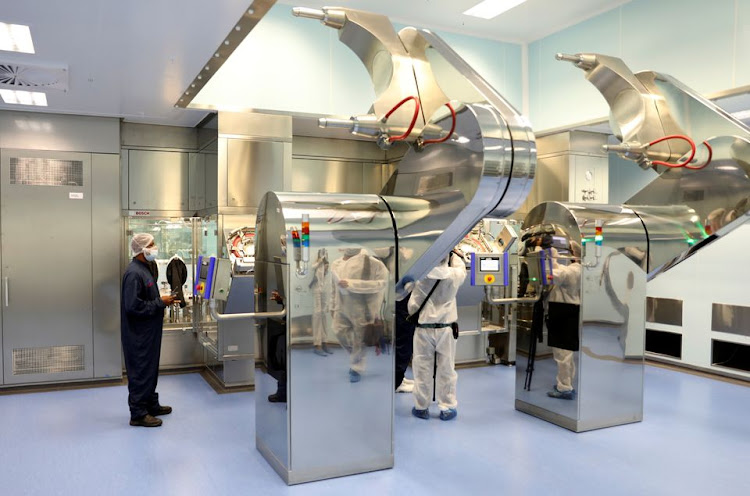 Africa's first COVID-19 vaccination plant, touted last year as a trailblazer for an under-vaccinated continent frustrated by sluggish Western handouts, risks shutting down after receiving not a single order, a company executive said on Saturday.

The World Health Organization (WHO) called the deal a "transformative moment" in the drive towards levelling stark inequalities in access to COVID vaccines.

With only a sixth of adults in Africa fully vaccinated, according to the latest WHO figures from the end of March, Aspen's agreement to sell an Aspen-branded COVID-19 vaccine, Aspenovax, throughout Africa seemed like a sure bet.

South Africa, which has vaccinated 30% of its population, also looks set to experience a fifth wave of infections.

Yet, "There've been no orders received for Aspenovax," Aspen senior director Stavros Nicolaou told Reuters over the phone.

"If we don't get any kind of vaccine orders, then clearly there'll be very little rationale for retaining the lines that we're currently using for production," he said of the COVID-19 vaccine plant in Gqeberha, Eastern Cape.

African countries have struggled with logistical issues, lack of skilled staff, cold chains and other problems surrounding the distribution of vaccines. Another issue is that, after initially leaving Africa out in the cold, donor countries have since paid up and the continent is now well supplied.

Nicolaou said that in the long run the aim was to shift to producing other vaccines but that the firm had banked on these initial volumes to buy it time to establish the operation.

"If you don't breach this short term gap with orders, you can't sustain these capacities on the continent," he said, at a time when health officials want to vaccinate three-quarters of the continent's population.

The African Union's goal is to produce 60% of all vaccines administered in Africa locally by 2040, up from the current 1%, and several such plants are being set up.

"If Aspen doesn't get production, what chance is there for any of the other initiatives?" Nicolaou said.

South Africa says it may be entering fifth COVID wave

Waning immunity from previous waves could be contributing to the earlier-than-expected resurgence in cases.
News
4 months ago

No patient has succumbed to the disease, cumulative fatalities remain 5,649.
News
4 months ago

The CS thanked the international partners who helped cushion Kenyans.
News
4 months ago

Dates stuffed with nuts are an excellent gluten-free snack option.
Sasa
4 months ago

Use of henna is a visible marker to display an individual’s piety and devotion. But is it applicable to everyone?
News
4 months ago
“WATCH: The latest videos from the Star”
Post a comment
WATCH: The latest news from around the World
by REUTERS Reuters
World
02 May 2022 - 14:07
Read The E-Paper