• Suspected salmonella cases linked to Kinder chocolate have been reported in countries including the UK, Germany, France and Belgium.

• On Friday evening, the UK's Food Standards Agency said that none of the products recalled should be eaten, regardless of best before date. 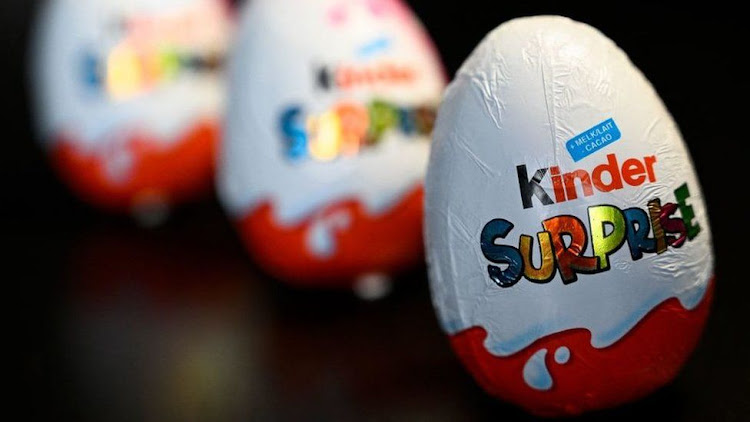 A Kinder chocolate factory in Belgium has been ordered to close after it was linked to dozens of salmonella cases.

Belgium's food safety authority has also ordered the recall of all Kinder products made at the factory in Arlon, which is owned by Ferrero.

Suspected salmonella cases linked to Kinder chocolate have been reported in countries including the UK, Germany, France and Belgium.

Belgium's food safety authority, the AFSCA, said the factory was ordered to shut after Ferrero was unable to provide complete information for its investigation.

The AFSCA said the investigation was ongoing and the factory would only be allowed to reopen if Ferrero could provide the necessary guarantees that it complied with food safety regulations.

Belgian Agriculture Minister David Clarinval said in a statement: "Such a decision is never taken lightly, but the current circumstances make it necessary. The food security of our citizens can never be neglected."

On Thursday, Ferrero recalled some of its Kinder chocolates from shops in the US over concerns about potential salmonella contamination.

Earlier this week, a number of Kinder Surprise chocolate egg products were also recalled in the UK.

On Friday evening, the UK's Food Standards Agency said that none of the products recalled should be eaten, regardless of best before date.

All the sweets affected had been made in the same Belgian factory.

Tina Potter, head of incidents at the Food Standards Agency, said: "We have emphasised to the business and the authorities in Belgium the importance of taking as precautionary an approach to their recall as possible and trust that they will continue to put consumers' needs first in any action they take."

Customers can contact Ferrero directly for a full refund and the products will be taken off the shelves and notices put up in shops to warn consumers.

Some Kinder chocolates have also been recalled in parts of Asia, including Hong Kong and Singapore.

Ferrero has previously described the recalls as "precautionary" and said none of its Kinder products released for sale had tested positive for salmonella.

It came after more than 60 people in the UK, mostly young children, became infected with salmonella in an outbreak linked to Kinder Surprise eggs.

On Wednesday, Europe's health agency said it was also looking into dozens of suspected cases of salmonella linked with eating chocolate in at least nine countries including the UK, Germany, France and Belgium.

It did not mention Ferrero or any other confectioner in a statement, but warned that the reported cases were mostly among children under 10.

The salmonella bacteria can cause serious and severe infections, especially in children or elderly people and others with weak immune systems.