More than two million people have fled Ukraine because of Russia's invasion in what the UN has called the fastest-growing refugee crisis since World War Two.

• The government's Homes for Ukraine scheme calls on people to offer a spare room or an empty property to a refugee for a period of at least six months.

• The government has faced criticism - including from its own MPs - over the speed and scale of its response. 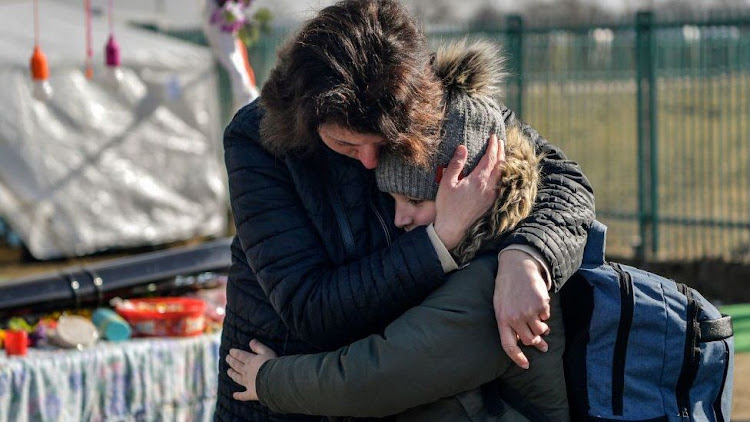 More than 1.5m refugees have fled to Poland, amid brutal shelling of cities across Ukraine
Image: GETTY IMAGES

UK households who open their homes to refugees from Ukraine are to be given £350 a month to do so.

The government's Homes for Ukraine scheme calls on people to offer a spare room or an empty property to a refugee for a period of at least six months.

But the Refugee Council said it was worried about the level of support available to those coming to the UK.

Labour said there many unanswered questions, and accused the government of "dragging its feet" over the crisis.

More than two million people have fled Ukraine because of Russia's invasion in what the UN has called the fastest-growing refugee crisis since World War Two.

The government has faced criticism - including from its own MPs - over the speed and scale of its response.

Announcing the new scheme, Levelling Up Secretary Michael Gove urged people to join the "national effort" and give a safe home to those in need.

It will launch on Monday, and will initially enable someone - a sponsor - to nominate a named Ukrainian individual or family to stay with them in their home, or in a separate property, for six months.

Sponsors won't be required to know them in advance - they might find them, for example, through posts on social media.

Applications would be made online, with both sponsors and refugees having to go through a Home Office vetting procedure. The sponsor would get a "thank you" payment of £350 a month.

In a later phase, organisations such as charities and churches will be able to do the same, though there is no start date for this yet.

Announcing the plan, Mr Gove said: "The crisis in Ukraine has sent shock waves across the world as hundreds of thousands of innocent people have been forced to flee their homes, leaving everything they know and love behind.

"The UK stands behind Ukraine in their darkest hour and the British public understand the need to get as many people to safety as quickly as we can."

But the Refugee Council - a charity supporting refugees and asylum seekers in the UK - said it was concerned that people from Ukraine were facing further "bureaucratic hurdles", and said the government scheme fell short of what was needed.

"We are concerned that people from Ukraine are still not being recognised as refugees and being asked to apply for visas when they just need to be guaranteed protection.

"By establishing a visa route and naming scheme, it will inevitably be restricted to those who are known to people in the UK and be a quite complex lengthy visa application process."

It said it was also worried about the support available to sponsors.

"We are talking about very traumatised women and children whose experiences are unique, and the level of support needs to match that.

"It's like asking people to be foster carers without any robust checks, training or having a social worker in place to support them."

Labour's Lisa Nandy said it was unclear what support would be offered to vulnerable children and older people, whether provision would made for unaccompanied children, and what help would go to local government, sponsoring organisations and housing providers.

The most recent figures show only 1,000 refugees have been granted UK visas - and only those with family connections have been able to make an application, via the Ukraine Family Scheme.

More than 20,000 Ukrainians have begun applications and Prime Minister Boris Johnson suggested the UK could take in 200,000 refugees.

The European Union is allowing Ukrainians three-year residency without a visa, but the UK says controls on entry are essential for security.

Meanwhile, the first ministers of Scotland and Wales have proposed that both countries become "super sponsors" to refugees fleeing the Russian invasion.

In a joint letter, Nicola Sturgeon and Mark Drakeford said becoming "super sponsor" would allow the two nations to take refugees more quickly and give them access to safeguarding and services, while a longer-term sponsor is found.