Analysis: Is WHO's aim to vaccinate 70% of world by June still realistic?

Currently, just 12% of people in low-income nations have had one shot, according to the World In Data.

•Setting higher targets among at-risk groups may be important to prevent hospitalizations and deaths.

•Currently, just 12% of people in low-income nations have had one shot, according to the World In Data. 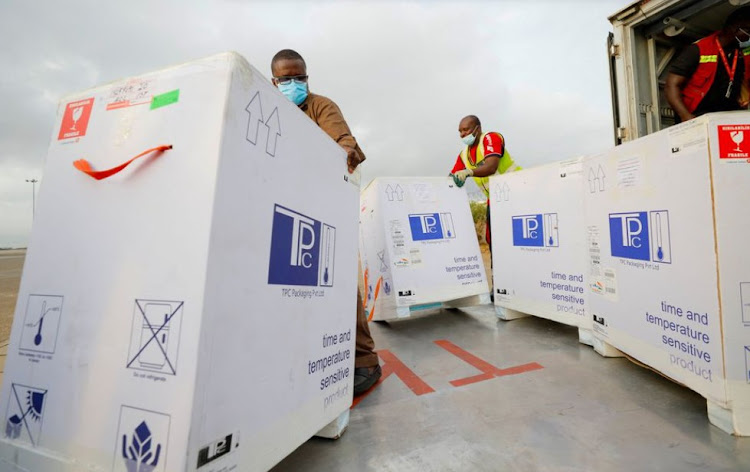 Workers load a truck with 350,000 doses of Oxford/AstraZeneca coronavirus disease (COVID-19) vaccines, redeployed from the Democratic Republic of Congo, at the Kotoka International Airport in Accra, Ghana, May 7, 2021.
Image: REUTERS

Vaccinating 70% of the population in every country in the world against COVID-19 by mid-2022 has been the World Health Organization's (WHO) rallying cry to end the pandemic.

But recently, public health experts say that while boosting immunity globally remains essential, the figure is neither achievable nor meaningful.

It has always been ambitious: Currently, just 12% of people in low-income nations have had one shot, according to Our World In Data. Earlier targets set by WHO – to reach 10% by September 2021, for example – were also missed.

WHO head of immunization Kate O'Brien said 70% remained more than just a "rallying cry", even though some well-equipped countries with plenty of vaccines have also struggled to reach it.

"We are calling for countries to be serious about their actions towards achieving that target, while acknowledging that - on a country-by-country basis - there may be a rationale why that target is not specifically suited to that country," she told Reuters.

Gavi, the Vaccine Alliance - WHO's partner in the COVAX initiative aimed at getting shots to the world's poorest – has pulled back from the "one-size-fits-all" 70% focus.

At a virtual briefing last week with WHO Africa, Aurelia Nguyen, managing director of COVAX within Gavi, said it was important to instead "meet the targets that countries have set for themselves, whether it's in line with the 70% WHO target or a lower or a higher target."

Reservations about the 70% target are a further sign that ending the pandemic globally may be a trickier, and longer, challenge than many had hoped.

Documents from a high-level internal UN meeting held earlier this month, reviewed by Reuters, showed eight countries that were extremely unlikely to reach the target by June 2022, and had been identified for "immediate focus": Afghanistan, the Democratic Republic of Congo, Ethiopia, Ghana, Kenya, Nigeria, Sierra Leone and Sudan.

A further 26, including Yemen, Uganda and Haiti, are also in need of "concerted support", the document said.

However, there is a bigger issue the WHO is focusing on O'Brien said.

"The question in the here and now, with Omicron ripping through the population around the world and continuing to do that … does 70% still hold?" she said.

The figure was never a "magic number", she said, but just an assessment of risk, something to aim for that could – optimistically – keep the virus under control.

But new evidence showing that the vaccines only have a limited impact on transmission, alongside the ability of the Omicron variant to infect previously vaccinated or infected people, suggests that achieving that level of population immunity and therefore stopping the spread of the virus is a fading hope.

"We are in the process of looking at scenarios of how the pandemic might play out", O'Brien said. "Obviously across the scenarios, the role of the vaccines, the target of the 70%, the goal of transmission reduction, would have to be evaluated."

For example, setting higher targets among at-risk groups may be important to prevent hospitalisations and deaths, she added.

But some public health experts said the initial target was now largely symbolic.

Edward Kelley, former director of health services at WHO and now global health officer at ApiJect, said the 70% had been based on what science said was needed to manage transmission, which had been blown out of the water by Omicron.

"Of course we need to continue to raise immunity levels everywhere", he said. "But the target is being kept at the moment because the international community does not have anything else to cling to."

This is after a TV exposé documented the allegations against him and staff.
News
2 months ago
by REUTERS Reuters
World
28 February 2022 - 10:21