Dining in restaurants is banned from 6 p.m., while private gatherings at home have also been restricted.

•About 80% of the city's residents have had at least one vaccine shot but many elderly people have been hesitant.

•Dining in restaurants is banned from 6 p.m., while private gatherings at home have also been restricted. 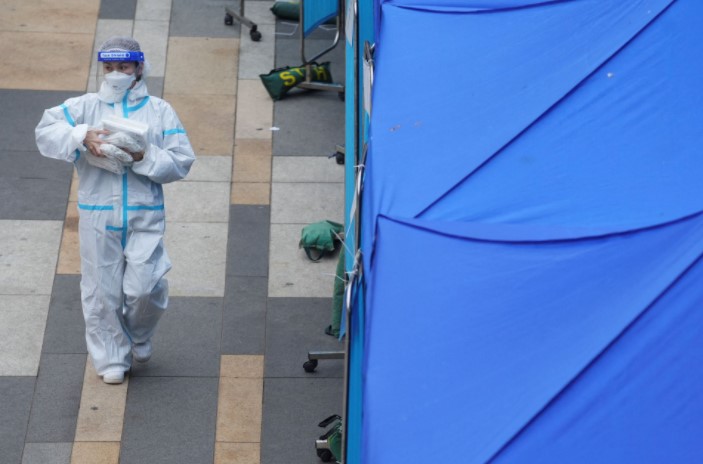 A medical worker walks past a makeshift testing centre for the coronavirus disease (COVID-19) following the outbreak, outside a shopping mall at Sha Tin district, in Hong Kong, China, February 7, 2022.
Image: REUTERS

An elderly man who returned a positive test for COVID-19 in Hong Kong died on Tuesday, the city's Hospital Authority said, the city's first death potentially linked with the virus in five months as it struggles to cope with a worsening outbreak.

The global financial hub is due to report a record of at least 1,160 new infections on Wednesday, broadcaster TVB reported, citing an unidentified source.

Hong Kong has recorded more than 2,600 cases over the past two weeks compared with just two in December.

In total, the city has reported about 16,600 infections since the beginning of the coronavirus outbreak in 2020 and 213 deaths, far lower tallies than in other similar cities.

The Hospital Authority said late on Tuesday the 73-year-old patient was chronically ill and had returned a preliminary positive test for COVID during hospital admission screening.

The Chinese territory announced stringent new coronavirus restrictions and record new infections on Tuesday, while a city-wide shortage of vegetables added to the misery as truck drivers who tested positive were unable to bring them from mainland China. read more

Hong Kong has stuck to a "dynamic zero" strategy employed by mainland China to suppress all coronavirus outbreaks as soon as possible in order to eliminate the virus.

The measures, which are the toughest imposed since the start of the pandemic, are taking an increasing social and economic toll on the city's 7.5 million residents. 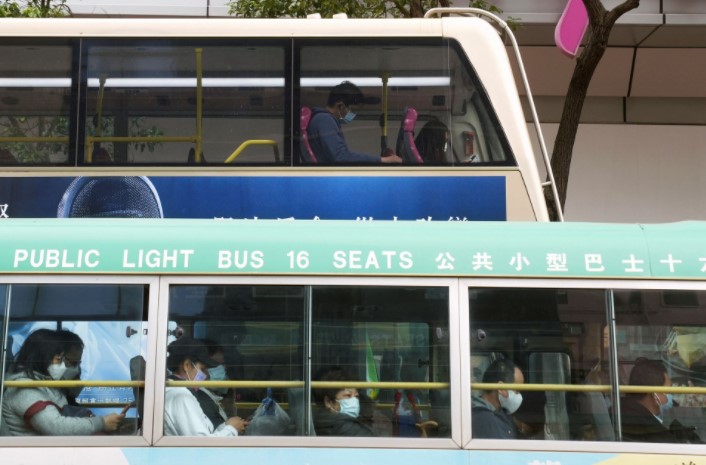 City leader Carrie Lam said Hong Kong was not able to try to live with the virus, like most of the rest of the world is doing, because more than 50% of the elderly have not been vaccinated.

About 80% of the city's residents have had at least one vaccine shot but many elderly people have been hesitant.

Authorities are implementing a vaccine pass from Feb. 24, which will require proof of vaccination to enter many places including shopping malls and supermarkets.

At the same time, authorities have banned gatherings of more than two people, shut schools, playgrounds, gyms and most other venues. Dining in restaurants is banned from 6 p.m., while private gatherings at home have also been restricted.

Flights are down around 90% because of travel restrictions while most people, including the majority of civil servants, are working from home.