Said the prime minister's position was "no longer tenable".

• Johnson apologised about the May 2020 gathering, claiming it was "technically within the rules".

• Johnson faced calls to quit from opposition parties during the prime minister's questions, after admitting for the first time that he attended the event. 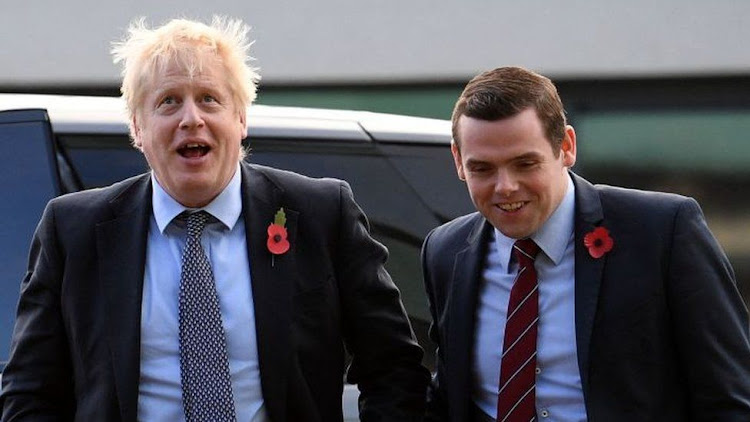 Scottish Conservative leader Douglas Ross has called for Boris Johnson to resign after the prime minister admitted attending a Downing Street party during a lockdown.

Johnson apologised about the May 2020 gathering, claiming it was "technically within the rules".

He said he "believed implicitly that this was a work event" at the time.

But Ross - who is an MP as well as an MSP - said the prime minister's position was "no longer tenable".

The Scottish Tory leader said he had a "difficult conversation" with Johnson on Wednesday afternoon, and that he would write to the 1922 Committee to register his lack of confidence in the prime minister.

He said: "He is the prime minister, it is his government that put these rules in place, and he has to be held to account for his actions".

Johnson faced calls to quit from opposition parties during prime minister's questions, after admitting for the first time that he attended the event.

This came two days after an email was leaked to ITV News in which 100 staff were invited to a "bring your own booze" event in the Downing Street Garden, at a time when government guidance was to not meet up with more than one person from another household.

Johnson said he was present for 25 minutes, adding: "With hindsight, I should have sent everyone back inside.

"I should have found some other way to thank them, and I should have recognised that - even if it could have been said technically to fall within the guidance - there would be millions and millions of people who simply would not see it that way."

Ross said he believed Johnson was "genuine" in his apology, but that "it was wrong to attend the event".

He added: "Crucially for me he said that in hindsight if he had his time again, he would have done things differently

"To me, that is an acceptance from the prime minister that he did wrong, and therefore to be consistent with what I've said before I don't believe his position as prime minister and leader of the Conservative Party is tenable and he does need to resign."