•EU chief Ursula von der Leyen has warned that the Omicron variant could be dominant in Europe by mid-January.

•Many countries have decided to reintroduce travel restrictions and other containment measures since it was first detected in South Africa last month. 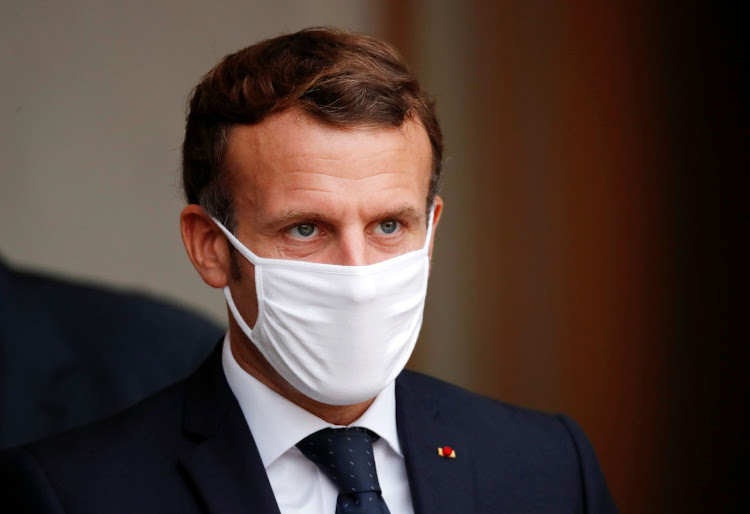 Paris on Saturday said it was calling off its New Year fireworks as Europe braced for tighter curbs to rein in a highly mutated strain of the coronavirus that is fuelling a resurgence in Covid-19 cases across the world.

EU chief Ursula von der Leyen has warned that the Omicron variant could be dominant in Europe by mid-January.

Many countries have decided to reintroduce travel restrictions and other containment measures since it was first detected in South Africa last month.

A scientific panel that advises the French government urged "significant restrictions" on new year festivities, and the capital announced "with regret" that it was cancelling all events on the Champs Elysees.

"The fireworks will not take place, nor unfortunately will there be any DJ sets," the Paris mayor's office told AFP.

Germany's regions on Saturday called on the central government to tighten border controls and suspend arrivals from the UK, which has a high incidence of Omicron cases.

New health minister Karl Lauterbach welcomed the initiative, saying: "The longer we can postpone the time when Omicron takes hold of us the better."

On Friday, Germany designated France and Denmark as high-risk zones and said unvaccinated travellers would have to quarantine.

Throughout Europe, edgy governments are bringing back restrictions to fight the pandemic, which has killed at least 5,335,968 people since the outbreak emerged in China in December 2019.

Ireland is ordering bars and restaurants to close at 8:00 pm, Denmark is shutting cinemas and other venues and London mayor Sadiq Khan declared a "major incident" to allow institutions more leeway in tackling the upsurge.

The Dutch government is expected to announce new measures later, after its team of expert advisers recommended new restrictions.

European countries are also pushing hard to dole out booster jabs and widen vaccination programmes to include children.

Portugal said tens of thousands of under-12s were set to receive their first jab this weekend.

"If all goes well, we will start vaccination of children on the afternoon of December 22 in specially adapted centres," he told France Inter radio.

- 'Disgraceful for humanity' -The United States was the first large country to take the plunge and has so far vaccinated more than five million under-12s.

In Denmark, one of the first European countries to start jabbing children, youngsters were putting on a brave face this week as they waited for their vaccines.

"Everybody in the family was vaccinated, I was the last one," youngster Camelia told AFP. "I'm happy I did it because now, if I get corona, I won't feel anything."

However, the EU's health agency has warned that relying on vaccines alone will not work.

Mask-wearing, working from home and avoiding crowds were essential to reduce the burden on health systems in the short term, the ECDC has said.

And the global picture continues to be a major cause of concern, with an AFP count based on official figures suggesting the number of new infections in Africa has shot up by 57 percent in the past week.

Turkish President Recep Tayyip Erdogan told a forum of African leaders and officials on Saturday that the continent's low vaccination coverage was "disgraceful for humanity".

"We are aware of the global injustice in accessing the Covid-19 vaccine and Africa's unjust treatment," he said, promising to supply 15 million vaccine doses to the continent.