Next pandemic could be more lethal than Covid - jab creator

Prof Gilbert also warned vaccines could be less effective against the Omicron variant.

• Future pandemics could be more lethal than the current Covid crisis, one of the creators of the Oxford-AstraZeneca vaccine has warned.

• She also warned vaccines could be less effective against the Omicron variant.

Future pandemics could be more lethal than the current Covid crisis, one of the creators of the Oxford-AstraZeneca vaccine has warned.

Prof Dame Sarah Gilbert, delivering the 44th Richard Dimbleby Lecture, said there needed to be more funding for pandemic preparedness to prevent the advances made from being lost.

She also warned vaccines could be less effective against the Omicron variant.

Dame Sarah added that people should be cautious until more was known about it.

She said: "This will not be the last time a virus threatens our lives and our livelihoods. The truth is, the next one could be worse. It could be more contagious, or more lethal, or both.

"The advances we have made, and the knowledge we have gained, must not be lost."

Speaking about the Omicron variant, she said its spike protein contained mutations known to increase the transmissibility of the virus. 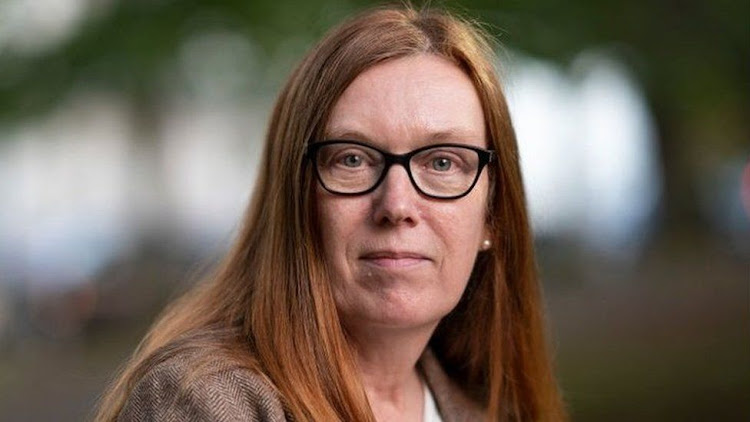 Future pandemics could be more lethal than the current Covid crisis, one of the creators of the Oxford-AstraZeneca vaccine, Prof Dame Sarah Gilbert has warned.
Image: GETTY IMAGES

"But there are additional changes that may mean antibodies induced by the vaccines, or by infection with other variants, may be less effective at preventing infection with Omicron.

"Until we know more, we should be cautious, and take steps to slow down the spread of this new variant."

She also called for the rapid progress seen in delivering vaccines and medicines during the pandemic to become the norm.

There was no reason why a universal flu jab could not be developed in order to wipe out the threat from influenza, she said.

On Saturday, the government announced that travellers heading to the UK will now have to take a Covid test before their departure in an effort to limit the spread of the Omicron.

From 04:00 GMT on Tuesday travellers aged 12 and over will be required to show proof of a negative PCR or lateral flow test taken no earlier than 48 hours before departure.

And Nigeria has now been added to travel red list after a growing number of Omicron cases were linked to the country.

The UK recorded 86 new cases of the Omicron variant on Sunday, taking the total so far to 246. In total, 43,992 cases and 54 deaths within 28 days of a positive coronavirus test were recorded.

But a scientist advising the government said the travel rule changes were "a case of shutting the stable door after the horse has bolted".

Prof Mark Woolhouse said the new rules had come "too late" to make a "material difference" to a potential wave of the Omicron variant in the UK.

Prof Woolhouse, a member of the government's Scientific Pandemic Influenza Group on Modelling (Spi-M), told the BBC's Andrew Marr show that Omicron was "spreading pretty rapidly" in the UK, and if current trends here and in South Africa continued in the coming weeks and months, it could replace Delta as the world's dominant strain.

Dame Sarah - who was recognised with a damehood in the Queen's Birthday Honours earlier this year - began designing a coronavirus vaccine in early 2020 when Covid first emerged in China.

The Oxford-AstraZeneca jab is now the most widely used around the world, with doses sent to more than 170 countries.

The lecture, named after the late broadcaster, Richard Dimbleby, features influential speakers from academia, arts and business and the Royal Family.

Post a comment
WATCH: The latest news from around the World
by BBC NEWS None
World
06 December 2021 - 08:04
Read The E-Paper