In total, 2,977 people died in the attacks, when al-Qaeda militants hijacked US passenger planes and crashed them.

•In total, 2,977 people died in the attacks, when al-Qaeda militants hijacked US passenger planes and crashed them. 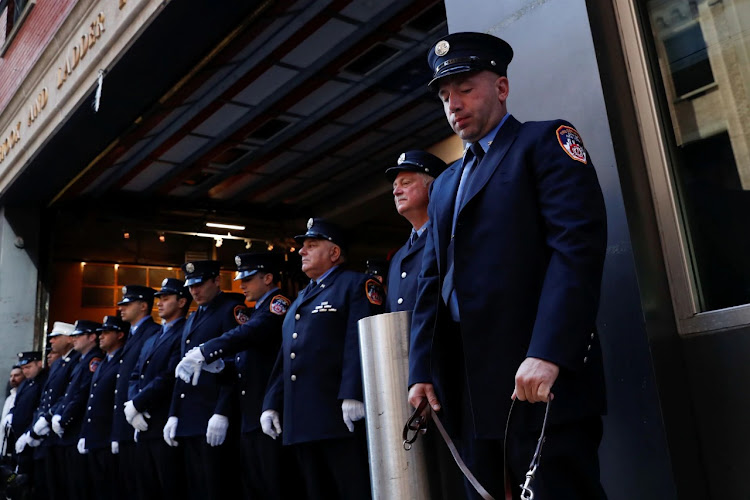 Official commemorations are under way to commemorate 20 years since the 9/11 attacks against the US.

Thousands of people across the US have gathered to mark the sombre occasion.

In total, 2,977 people died in the attacks, when al-Qaeda militants hijacked US passenger planes and crashed them.

Most of those killed were US citizens, but the victims also included nationals from more than 90 countries.

The first person to start reading out the names of the victims was Mike Low, who lost his daughter in the attack.

Speaking solemnly, he thanked those who helped him and his family get through "the darkest days of our lives".

Mr Low recalled the "grey and black world" of New York in the aftermath of the attack, and asked for 9/11 to be remembered "not as numbers or a date, but the faces of ordinary people".

Relatives took turns to read names of victims, as well as emotional messages to their own loved ones who died.

In a video released on the eve of the anniversary, President Biden paid tribute to the victims and the grief that has followed their relatives for two decades.

"No matter how much time has passed, these commemorations bring everything painfully back as if you just got the news a few seconds ago," he said.

Earlier on Saturday, a vigil was held at the Fire Department of New York memorial wall - a 56-foot-long bronze wall that honours the 343 firefighters who died on the day of the attacks.

In total, 441 first responders died in the attacks, the largest loss of emergency personnel in American history.

"We honour all those who risked and gave their lives in the minutes, hours, months and years afterwards," Mr Biden said in his speech on Friday.