Some lawmakers, state governors and political party officials threatening lawsuits or pledging to defy the mandate.

•The mandate, which the White House says would cover 100 million U.S. workers and applies to about two-thirds of all U.S. employees, is being written in part by the U.S. Department of Labor's Occupational Safety and Health Administration (OSHA).

•Some lawmakers, state governors and political party officials threatening lawsuits or pledging to defy the mandate. 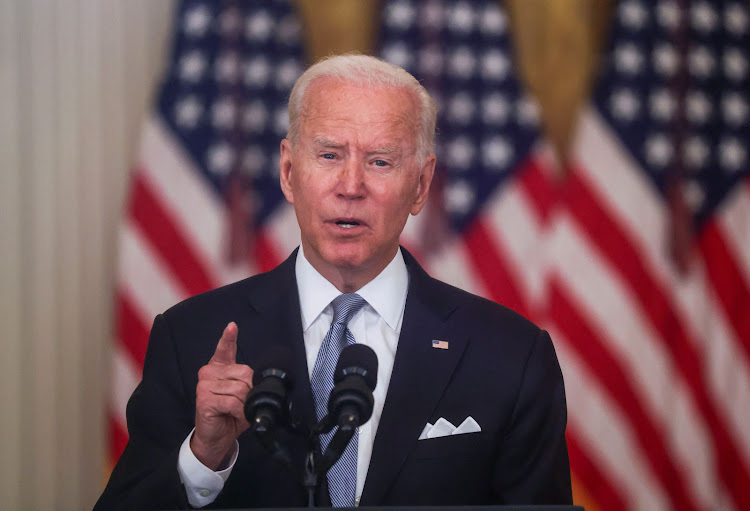 The mandate, which the White House says would cover 100 million U.S. workers and applies to about two-thirds of all U.S. employees, is being written in part by the U.S. Department of Labor's Occupational Safety and Health Administration (OSHA).

Within hours of the new measures being announced on Thursday, some lawmakers, state governors and political party officials were threatening lawsuits or pledging to defy it.

"When this decree goes into effect, the (Republican National Committee) will sue the administration to protect Americans and their liberties," RNC Chair Ronna McDaniel said in a statement.

A majority of those opposed questioned the authority the administration has to mandate vaccines.

"The Biden administration's ill-conceived 'Path out of the Pandemic' plan vastly exceeds the powers the United States Constitution allots the executive branch," said the New Civil Liberties Alliance, a nonprofit funded by the Charles Koch Foundation, a deep-pocketed conservative group.

"The federal government has no police power, and likewise no authority to force private employers of any size to mandate vaccines," the group said. 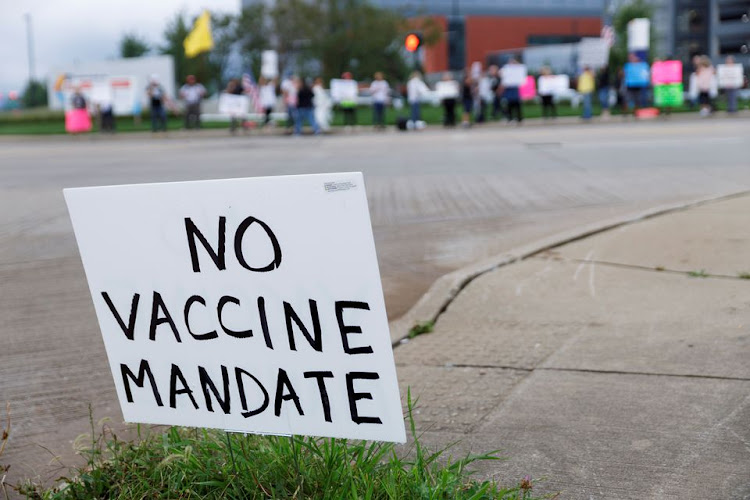 The disease has killed more than 655,000 people in the United States, and deaths and hospitalizations have been rising sharply as the easily transmissible Delta variant of the virus spreads. The vast majority of those are unvaccinated.

The situation reignites a long-standing U.S. battle over individual rights, states' constitutional remit to police citizens and regulate public welfare, and the powers of the executive branch.

Similar fights have raged over gun laws and government healthcare. U.S. vaccine mandates in the past have mostly been administered by state and local governments in relation to public venues and schools.

Roughly 16% of the adult American population - nearly 34 million people - are currently unvaccinated but open to getting one, according to a recent Reuters/Ipsos poll. The poll arrived at this estimate by asking respondents a series of questions about their vaccination status.

Legal challenges are likely to focus on the executive branch's power to enforce the requirements. The Cato Institute, a libertarian think tank, argued in its blog that the private-sector mandate would present the Biden administration with a "tsunami of legal filings."

"There's a separation-​of-​powers issue in that this sweeping new regulation is being imposed by presidential diktat, with related claims about the proper scope of OSHA's statutory authority and whether Congress can even delegate such broad power to the executive branch."

Many Republican lawmakers, who said they have received vaccines and support Americans getting a COVID-19 shot, also accused the administration of overreach.

"While I support the vaccine and have received it, Americans have the right to exercise personal choice when it comes to their health," said Republican U.S. Senator Ted Cruz. "Getting the vaccine is a decision to be made in consultation with one's doctor, not forced on Americans by the government."

Covid: Biden orders employees of big businesses to be vaccinated or face testing

Workers at large companies required to be vaccinated or face weekly testing.
News
1 week ago
by REUTERS Reuters
World
10 September 2021 - 20:33